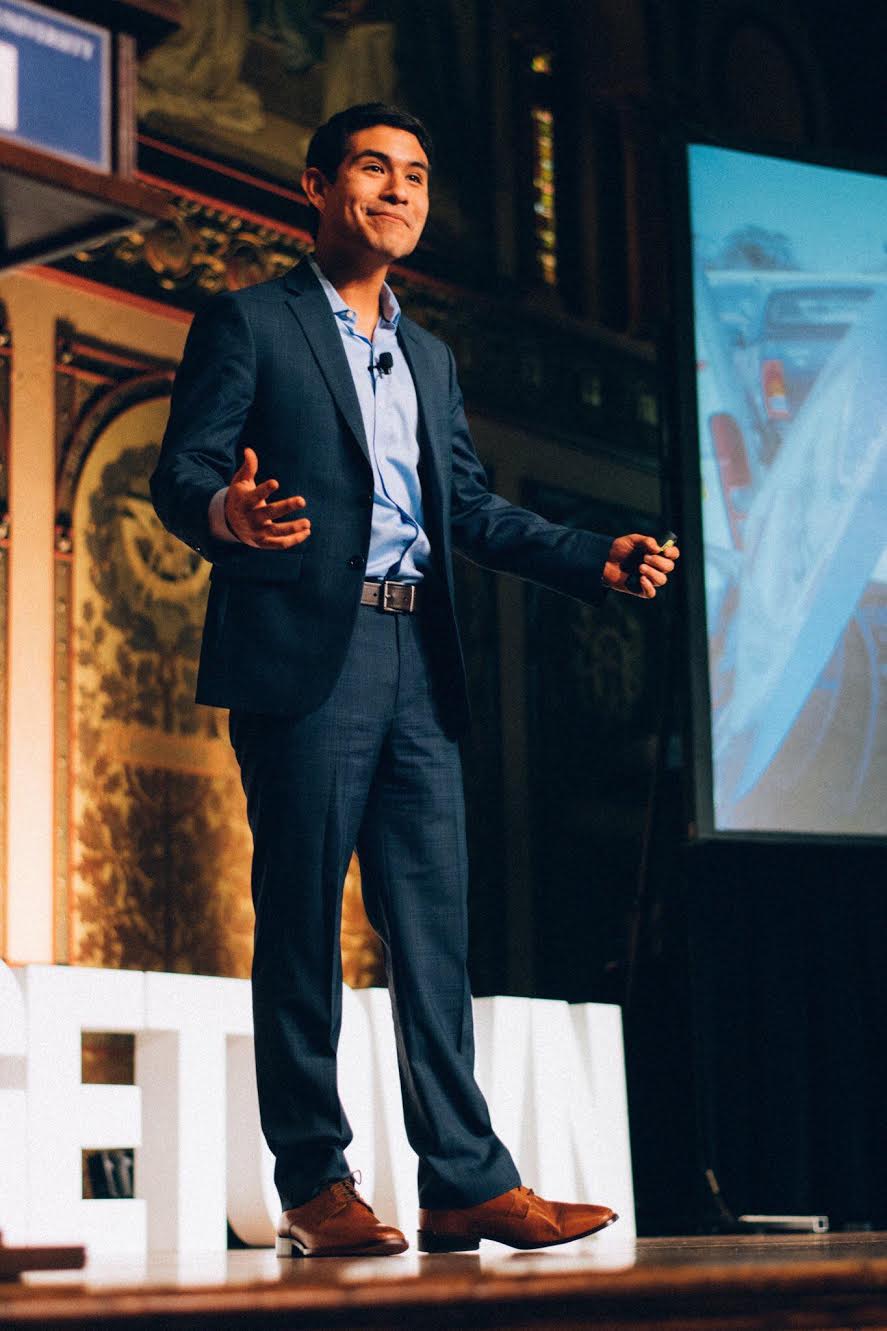 Knowing diversity is your power as a new immigrant: Pedro David Espinoza

The reality of climate change is stark. It is pushing people to poverty –– look at what’s happening in Yemen right now and what we’ve seen in Syria for the last decade. It’s not only despots that cause people to do desperate things. Desperate people that can’t feed their families are willing to send their children into the hands of conflict with a gun hoping that change, any kind of change, might put food and opportunities on the table. Those who are lucky are able to flee to Europe. Some refugees were adopted by Canadians.

Just around the time when Syria was breaking down because of a massive never-ending drought, I was invited to meet Middle East leaders from Iran, Iraq, Jordan and the Middle East. The mission, supported by the governments of Switzerland and Sweden was not really altruistic. Those nations wanted to avoid back then what Germany is seeing today –– a massive influx of refugees –– not only from war and conflict, but people from North Africa and the Middle East who simply want something better.

No one really wants to leave their families and birth home – leave their friends, parents, grandparents, aunts and uncles. People that do are often in a desperate situation, either physically or emotionally –– there are plenty of reasons why people immigrate and it’s not always because someone is poor.

While I came from a poor-ish blue-collar family that worked in the GM car plants in Oshawa –– my dad and his 3 brothers — I even worked in one myself one summer, I came to understand what my family sacrificed when they immigrated from Holland and Scotland.

But one thing a lot of people don’t talk about is the immigrant advantage. It’s a refreshing take on all the anti-Trump wall rhetoric going on in the United States. And it offers some fuel for the fires of debate in countries like Denmark that have made so many anti-other incitements to educated and scholarly immigrants that have sent them fleeing, sometimes to avoid jail. Like in most European cities, you will find immigrant ghettos.

Entrepreneur, investor and writer Pedro David Espinoza talks about a fresh way of looking at immigrants. He is one himself and helps people see their host country/city as advantageous to newcomers. Immigrants can share new ideas in existing culture, business and education. Watch the TED Talk below of Pedro. And I feel his talk is a narrative he and I share.

Espinoza was born and raised in Peru. Given his immigrant and multicultural background, he says he able to mentor the next generation of leaders with an inclusive mindset. Pedro began at the age of 10 with his first venture in Miami. At 15, Pedro released his music singles. Then at 19, while at Stanford, Pedro founded SmileyGo – a startup that indexed the data of 1 million nonprofits in order to empower companies to invest smarter. At 21, he gained funding while studying at the Haas School of Business. At 24, he started Pan Peru USA — an organization that empowers women to become entrepreneurs. Recently he has written a book called Differences That Make A Difference by collecting the insights of 150 leaders from diverse backgrounds.

Pedro aims to coach and encourage the Latino youth to pursue careers in STEM. He coaches the younger generations on how to be relational over transactional. He coaches on building bridges in order to build your personal board of mentors, directors, and advisors.

Takes one to know one

As an immigrant to a new country (to Israel) I feel I have a lot of advantages. Part of this is due to the education I chose to accept in Canada but also in part because I had no choice but to reinvent myself in Israel. Now I am not going to kid myself. I wasn’t running for my life and I wasn’t dirt poor, but I was desperate for a change. To put my soul somewhere new.

A lot of the people who have immigrated to places like Israel or Lebanon or Jordan –- from Europe, Canada or the US have done so because they are highly motivated people who did not find the right match maybe in their birth country. Choosing to immigrate and then building a new life can be hard because the local language might be hard (Arabic, Hebrew, Russian?) but because of that people don’t expect as much from you. The culture of where you are from comes with you and chances are if you work hard and are lucky the right job or calling will find you. When I first moved to Israel everyone said, oh you should work as a journalist because you speak English. Well I tried and it worked.

English as a qualifier to work for a newspaper? What have I got to lose? That’s the thing as an immigrant you don’t have the same social pressures of what your peers think, what your family thinks. You can try new things, reinvent yourself constantly (like what I have done) and widen your horizons far more than someone of the place. What I have I done as a new immigrant? So many things. I started a cannabis conference. I re-invented agriculture on Mars. I opened a pottery studio and had students. I joined a rock band. I met princes. And now I am building a studio where I am exploring working with materials.

The take home message is –– if you are a new immigrant or are thinking about a new country, don’t look at your fears. Look at your dreams. Only you can do that. The people around you won’t notice or care. And if they do they will probably help you get there.