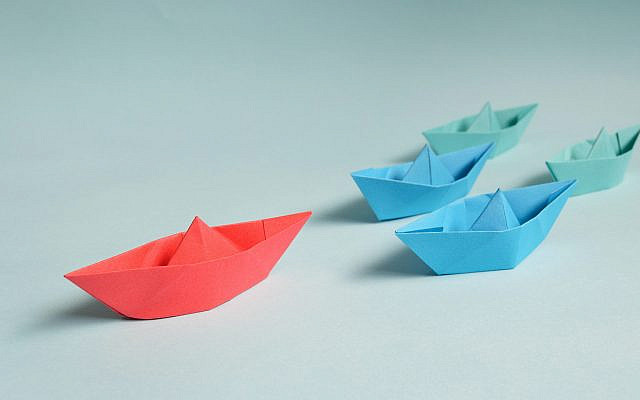 Hopefully No Migrants In These Boats (Free to Use Photo by Miguel Á. Padriñán from Pexels)

Volunteer lifeboat crews who helped rescue migrants and bring them ashore have faced criticism. The crews have told of returning from a rescue and being met by an angry mob shouting at the migrants, “go back to France”.

To show just how desperate are the migrants, the RNLI, Royal National Lifeboat Institution, has released film of a rescue in the English Channel showing distressed and shivering people in a small dinghy.

The film does not show why these poor distressed people left France in the first place. Perhaps they couldn’t find a cheese to their liking among the thousand or so different varieties.

But, if Britain really wants to stop this invasion, it could call in the Royal Navy.
The Royal Navy has much experience in stopping innocent civilians. In 1939, during Britain’s illegal occupation of the Jewish homeland, a country far from Britain’s shores, it issued a White Paper placing yet more restrictions on Jewish immigration. This paper marked a sharp turn against Zionism in British policy. These restrictions, at a time when Germany’s Jews were desperate to escape the impending Holocaust, forced the Jewish Agency Executive to start immigration that was illegal, at least in Britain’s view.

Over the next few years, the Aliyah Bet program brought tens of thousands of Jews to British occupied Palestine. The risks were great; in addition to the physical dangers of sailing in overcrowded vessels, interception by a British warship would inevitably lead to incarceration in a British prison camp in Cyprus, in conditions not too different from the concentration camps the many Holocaust survivors had left.

But today, with Britons on the verge of losing their country under a tidal wave of immigrants, the Royal Navy is nowhere to be seen. Meanwhile, lawyers have warned that using the navy to stop migrants crossing the Channel is unlawful. The Navy’s mission is quite clear – to maintain, train and equip combat-ready naval forces capable of winning wars, deterring aggression, and maintaining freedom of the seas. Nothing about preventing an invasion of illegals whose numbers begin to threaten the very nature of British society.

So far this year more than 10,000 migrants are known to have reached the UK with Channel crossings hitting new records daily. There may be many more, no one is keeping a record.

Of course, there are people with an interest. Illegal immigrants will do the dirty jobs that most citizens will not do. They will work for sums of money that a citizen would consider an insult. And, however bad the conditions, they will not complain. A dirt cheap workforce, almost slave labour, who could ask for anything more.

Back in 1948 we kicked the British occupiers out of our country. How long will it be before the immigrants become a majority and kick the British out of their own country?