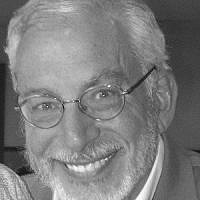 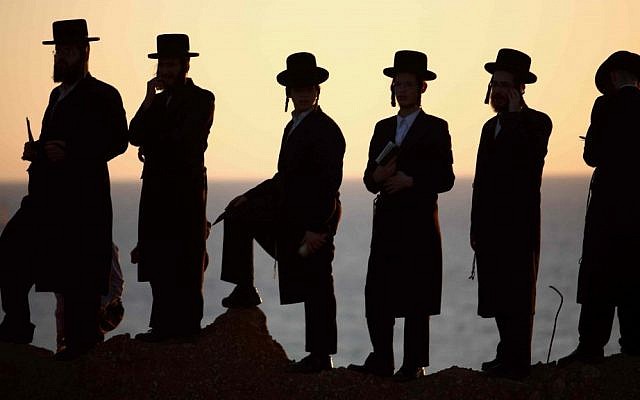 In her July 9 blog post, Shulamit Magnus pronounced that the staunch secularist, Avigdor Liberman, is “doing God’s work.” The finance minister has decreed that Israel will no longer give child care subsidies to families in which one parent does not hold paid employment of at least 24 hours a week. The measure targets the Haredi sector — specifically married men who claim to study Torah all day. If Liberman’s plan holds, the families of such kollelniks will be denied these subsidies.

Magnus’ formulation accomplishes a quiet, but highly significant, linguistic and conceptual shift. Note that she did not argue on nationalist grounds that extending state subsidies to kollel families is unfair and wrong, she did so on religious grounds. God may be present in the study halls of Bnei Brak, but God is also present in the Knesset and government offices that make policy for the Jewish state. God is at work in these “secular” ministries because of the Torah’s commitment to justice, fairness and the welfare of the entire Jewish people. Tsedek, tsedek tirdof! (“Justice, justice you shall pursue”) commands the God of Israel.

In other words, Haredim and their politicians should not define Judaism for us. There is a widespread dangerous illusion, particularly among secular Israelis, that even if you do not agree with Haredim, they ”keep Israel Jewish,” and so the Jewish state should accede to some of their demands. This is a bit like Golda’s myopic statement, “I don’t go to shul, but the shul I don’t go to is Orthodox.”

Let’s not allow the Haredi community to kidnap the Judaism, which belongs to the entire Jewish people. That would be a tragic theft. The idea that haredi’ut defines Judaism is historically false and religiously wrong — and it does violence to our Jewish identity. The truth is that many of the central practices of the Haredi community run squarely against what God, the Torah, and the talmudic rabbis demand of Jews, and what will sustain Israel going forward.

The Mishna (Avot 2:2) cites R. Gamliel, who counsels Jews to combine Torah study with a worldly occupation, warning us that not having an occupation brings about sin. Elsewhere, the Talmud (Kiddushin 29a) quotes Rabbi Yehuda: A father who does not teach his son a trade in effect teaches him thievery because when a person has no profession he is likely to turn to stealing. Maimonides concurs, adding that one who studies Torah exclusively and lives on handouts “profanes God’s Name” (Mishneh Torah, Laws of Talmud Torah 3:1). It is important to recognize that the talmudic rabbis and those thereafter worked for a living. For example, Shimon ben Shetach was in the flax trade, R. Yehoshua was a tailor, Rashi was a vintner, Rambam and Ramban were physicians, and the Chofetz Chaim ran a store. So working Israelis who contribute to Israel’s social and financial structure are the ones following Jewish tradition and doing a religious deed, while Jews who refuse to work are bringing sin to Israel. The Talmud (Yoma 86a) condemns the Torah scholar who buys merchandise and pays later, because it appears to others that he is taking without paying. That scholar, says the Talmud, cannot repent for his sins because, through his behavior, he has caused people to despise the Torah. If so, what are we to say of the current practice of some Jews who benefit from government defense and subsidies, but pay no taxes and do not contribute to larger Israeli society? Judaism demands that those who take also give, that those who benefit also contribute.

Last week’s Torah reading provides another essential criterion of correct Judaism: “Will your brothers go out to war while you remain here?” asks Moses rhetorically (Bamidbar 32:6). He was stunned by such an irresponsible request by the two tribes that asked to settle on the other side of the Jordan River, and would not countenance some Jews risking their lives, while others remained comfortably ensconced in their safe homes, far from the battlefield.

Judaism demands that all of us defend our people. It is more than a civic duty; it is a religious obligation. Jewish religious law is clear: when the people of Israel fight an existential defensive war (“milkhemet mitsvah”) everyone—without exception—must fight. Even a bride is required to leave her chuppah to contribute to the national defense. So when Israelis serve in the IDF, they should understand their service not only in nationalist terms, but also as a truly Jewish religious act, a mitzvah.

The Mishna also demands that Jews not separate themselves from society (Avot 2:4). Being a responsible and integral part of the Jewish collective is a religious and moral imperative. Maimonides even rules that someone who separates himself from the community has no share in the world to come. Ultimately, the Talmud and the traditional rabbis categorically rejected Shimon bar Yochai’s model of leaving the community to live a solitary life in a cave and learning Torah to the exclusion of any practical knowledge. They knew that such monastic isolation serves only yourself, not God. Separatism is a selfish sin.

This is not a new insight. Rabbi Abraham Isaac Kook understood it 100 years ago when he claimed that the early secular halutzim were doing holy work by returning to the land God promised them, and that religious quietists who stayed in the study halls of the diaspora were actually contravening God’s plan for His people.

Similarly, all Israelis today — religious and non-religious alike — should appreciate the dedication and toil of those who serve in the IDF and those in government who demand fairness and justice in Israeli society. They are “doing God’s work,” whether or not they wear kippot. And as the prophet Micha tells us, following God’s demands does not mean growing payot, wearing long coats, or voting for religious parties. God’s work means doing justice, being compassionate, and acting humbly before God.

About the Author
Rabbi Dr. Eugene Korn is the former Academic Director of the Center for Jewish-Christian Understanding in Jerusalem, and senior research fellow at Bet Morasha of Jerusalem’s Institute for Religion and Society. His forthcoming book, "To Be a Holy People: Jewish Tradition and Ethical Values" will appear in 2021.
Related Topics
Related Posts
Comments
Advertisement