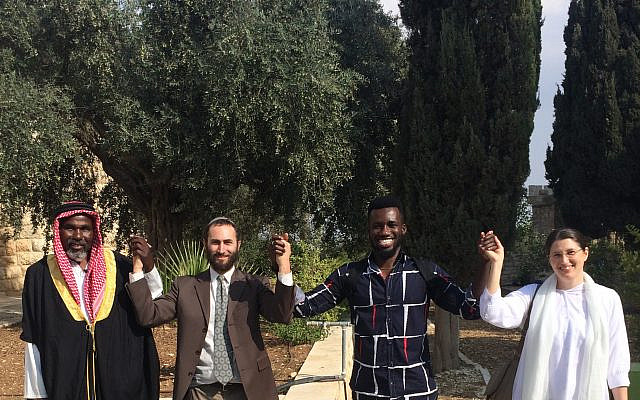 Interfaith Conference of The Interfaith Center for Sustainable Development in Jerusalem

I cringed when I read the headline, “Jewish man arrested for setting fire to Roman Catholic church in Jerusalem.” The unfortunate reality is that religious extremists exist in the Jewish community and that Jewish intolerance of non-Jews and racism is widespread. There is a terrible irony in a Jewish extremist trying to burn down the Church of All Nations on Mt. of Olives. A video of him being taken away from the church handcuffed by police was posted on Twitter. He was dressed in the garb of the national religious community. He apparently did not heed the words of Hillel the Elder, who said “Do not do to others what you would not want done to you.” Or heed the words of Rabbi Shlomo Riskin, who said, “God wants spiritual fruits and not religious nuts.”

I worked for several years on Mt. Zion, and during this time I went with a group of rabbis, led by Rabbi David Rosen, to meet with Patriarch Nourhan Manougian of the Armenian Patriarchate in the Old City. This meeting followed a fight between religious Jews and Armenian seminary students after the religious Jews spit on them for being Christian. The rabbis both apologized to the Armenian Christian Patriarch and offered to take action to prevent this from happening in the future. At one interfaith event on Mt. Zion co-organized by The Interfaith Center for Sustainable Development (ICSD), near the site of yesterday’s arson, a hundred Jews, Muslims, and Christians gathered for a joint breaking of their fast. 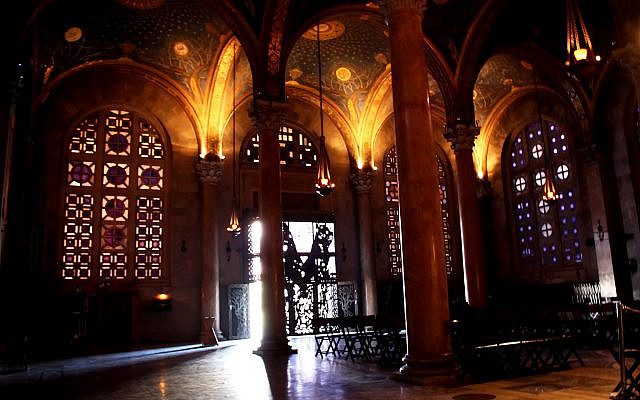 Church of All Nations, Mt. of Olives

I write this post with both love and sadness in my heart. Love for all people, and sadness at the actions of one of my fellow co-religionists. Rabbi Abraham Isaac Kook, the first chief rabbi of pre-state Israel, wrote, ”The narrow-mindedness that leads one to see whatever is outside the bounds of one’s own people…as ugly and defiled is a terrible darkness that causes general destruction to the entire building of spiritual good, the light of which every refined soul hopes for.” (Musar Avikha, p. 96)

Rabbi Alon Goshen Gottstein wrote on Times of Israel five years ago about Jewish-Christian relations on the flashpoint of Mt. Zion:

“Sadly, at the same time that the Christian Church has made significant advances in its view of Judaism, Jewish authorities seem to be in regression in relation to Christianity. Hundreds of years of rabbinic discourse have been thrown overboard in favor of contemporary ultra-Orthodox politics that knows of only one rabbinic position. What used to be a majority opinion — that Christianity should not be considered idolatrous — has been all but obliterated from collective memory. This seems to be one of the unhappy consequences of gaining independence and of the increased self-confidence that finds expression in a ghettoized mentality that can not accommodate the other…The first Chief Rabbi of Israel (and grandfather of one contender in recent Israeli elections), Rabbi Isaac Herzog, issued a ruling that Christians may construct houses of worship and practice their religion in the state of Israel, basing himself on the long (majoritarian) tradition that Christianity is not idolatrous.”

What contributes to this narrow mindedness? It is partly a result of lack of positive interaction between religious Jews, Christians, and Muslims in Jerusalem. Wadie Abunassar, Advisor to the Assembly of the Catholic Ordinaries, who posted videos on Twitter from the scene, was quoted in the Jerusalem Post as saying, “it seems that people here don’t really promote coexistence based on mutual respect of all faithful in the Holy Land.”

There are only two high schools in Jerusalem where people of different faiths study together in significant numbers—the Hope Flowers School, and the Hand in Hand School. In almost all of the schools, the students will not come in contact with someone from a different faith. Out of ignorance and lack of positive contact, hatred can find fertile ground.

The current and previous mayors of Jerusalem and the City Council (with a Jewish religious majority) have this year prioritized converting concrete sidewalks to cut stone and to deploying a new fleet of sanitation trucks in the city. Can we make a similar educational effort to help the population understand that the other is a brother of a different mother, sister of a different mister and it’s not about us versus them but us and them? 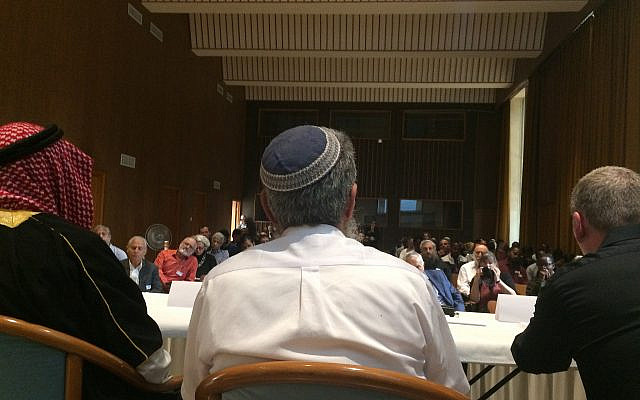 A priest, rabbi, and sheikh speaking to a group of Jerusalem seminarians at ICSD conference

It is significant that the reading of the weekly Torah portion in synagogues near the time of the church arson included Isaac dying and his sons Esau and Jacob burying him. In rabbinic tradition, Esau is considered the progenitor of European Christians, and Jacob the progenitor of the Jews. Rabbi Kook understands Esau and Jacob together burying Isaac as an example of brotherly love that relates today to respect for other religions.

Indeed, the Torah (Pentateuch) can be read through the lens of Jews’ relations to non-Jews. The first ten generations of Genesis are all non-Jews. Abraham, the first Jew, has strained relations with his father and with Nimrod, and positive relations with Malkitzedek, Abimelech, and Pharoah. Isaac, Jacob, the twelve sons each has its own relation with non-Jews, including with Shechem. Moses grows up in a non-Jewish home, nursed by his Jewish mother, and flees to Jethro, who provides him protection. Balaam, a gentile prophet, blesses Israel, and his blessing begins the Jewish morning prayers. (A Talmudic view says the entire story of him should be read each morning in Jewish prayers, and this view wasn’t accepted due to its length.)

Many rabbis today have come to understand Christianity in a very different way than the arsonist. A Jewish Orthodox Rabbinic Statement on Christianity states,

“Both Jews and Christians have a common covenantal mission to perfect the world under the sovereignty of the Almighty so that all humanity will call on His name… Rabbi Hirsch also taught that the Talmud puts Christians “with regard to the duties between man and man on exactly the same level as Jews. They have a claim to the benefit of all the duties not only of justice but also of active human brotherly love.” In the past relations between Christians and Jews were often seen through the adversarial relationship of Esau and Jacob, yet Rabbi Naftali Zvi Berliner (Netziv) already understood at the end of the 19th century that Jews and Christians are destined by G-d to be loving partners… In imitating G-d, Jews and Christians must offer models of service, unconditional love and holiness. We are all created in G-d’s Holy Image, and Jews and Christians will remain dedicated to the Covenant by playing an active role together in redeeming the world.”

The great rabbis Ibn Ezra and Chaim Vital, among others, understood that the Bible’s command “Love your fellow as yourself” refers to all human beings. That is why it ends with: ‘I am the Divine your God,’ to indicate the universalism.

King David is buried on Mt. Zion. 3,000 years ago he prayed on Mt. Zion:  “All the nations You have made will come to bow down before You, O Lord, and they will pay honor to Your name.” (Psalms 86:9) For God’s sake and ours, may we draw on our religious teachings to see the image of the Divine in the other, and manifest a Jerusalem of tolerance and respect.