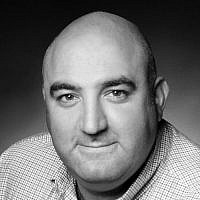 The Blogs
David A. Moses
Apply for a Blog
Please note that the posts on The Blogs are contributed by third parties. The opinions, facts and any media content in them are presented solely by the authors, and neither The Times of Israel nor its partners assume any responsibility for them. Please contact us in case of abuse. In case of abuse,
Report this post. 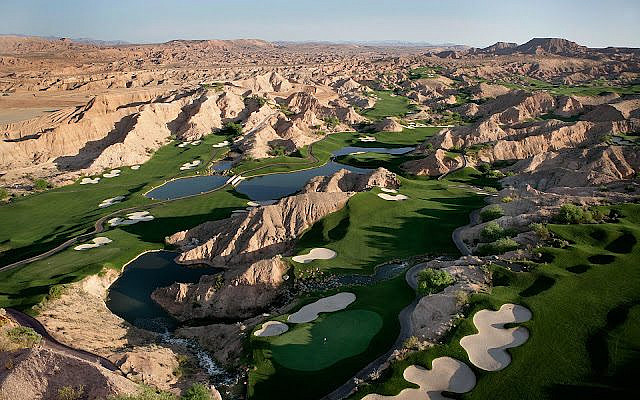 Now that the Olympics are over, we can reflect on Israel’s most successful Olympic campaign ever – 2 gold medals, 2 bronze medals, and some might argue the greatest victory of all was to have our 11 beloved Munich athletes remembered in the opening ceremony for the first time.

Could we one day have an Israeli Olympic Gold Medalist in Golf?

Golf is a massive worldwide industry. How massive? How about $84 billion massive? It is an industry that has a wide spectrum. There are golf courses, golf driving ranges, golf retail stores with clubs, accessories and clothing, and of course golf tournaments played around the world, with millions of dollars in prize money and billions in TV rights. New Zealand’s highest paid sports star ever, Steve Williams, was Tiger Woods’ caddie.

And then there is the golf travel industry – Destination Golf. Couples & groups of friends travel all around the world to play at exciting and interesting courses in Scotland, the US, Australia & New Zealand, South Africa and all over Asia. They bring with them tourist dollars, and usually stay in that country for some period before or after their golfing, and then return home with memories and experiences they share with their friends. There are even recent scientific studies that have shown that golfers live longer, and the lower their handicap the longer they live, assuming that they have to play a great deal in order to get a good handicap.

One thing is for sure – Jews around the world are mad about golf. US PGA golfer Daniel Berger is ranked inside the top 20 in the world, and Morgan Pressel is playing on the LPGA Tour with a great deal of success. Jews are members of golf courses everywhere. Many to the point of obsession. Except in Israel. There are over 33,000 golf courses throughout the world. How many in Israel? Currently there is only one, in the ancient coastal town of Caesarea between Tel Aviv and Haifa, and the sport is certainly gaining popularity year on year. Many may not be aware that Zohar Sharon, a disabled IDF veteran and member of Beit HaLochem was the World Blind Golf Champion in 2003. I had the privilege to play with him in Sydney, and it is certainly something I will never forget. He wiped us off the course!

And for those that are inclined towards Kabbalah and Gematria (Jewish Numerology), there are 18 holes on a standard golf course – the numeric total for “Chai” or “Life”. Coincidence? Maybe. Maybe not!

Hopefully having only one golf course in the entire country may soon change, and if Eran Doron, the tenacious and ambitious Mayor of Ramat HaNegev Regional Council has anything to do with it, change will come from deep in the Negev desert!

Golf in the desert you ask? Why not? For one thing, there’s plenty of space! Many courses in America can be found in the deserts of California, Nevada, and Arizona, among others. And the Negev is the future for the State of Israel. Our visionary first Prime Minister, David Ben-Gurion’s dream was to make the Negev bloom – with people, with schools, with communities, with agriculture, with technology – with life. Creating a golf course in the Negev will help bring that dream closer to a reality.

Along with the course will be a new luxury hotel, which will complement the recently completed hotels in the area like Kedma in Sde Boker. The development will bring jobs to the area, and also enhance border security for the nation, as more and more people move to the Negev. Those workers will also then need houses, supermarkets, schools etc. Side tourism businesses will spring up to explore the Ramon crater and surrounds.

And of course, those golfers will stay in Israel and tour around Jerusalem, Tel Aviv and the Golan before they go home and tell their friends they have played golf in the Holy Land!

Naturally, in addition to creating a unique and interesting design to blend in with the harsh desert landscape, building a golf course made of mostly grass will not be without it’s challenges – both regulatory and environmental, and will require some great innovation and planning to provide enough recycled and/or brackish water to keep it sustainable, but there is no better place in the world to find that kind of technological expertise than in Israel, and in particular in the Negev. I was surprised to learn that water was one of the lesser concerns for the council.

It’s great to see Zionist visionaries like Eran and his team look for ways to build the new economy in the Negev, and golf is but one of their many ideas. We should support them in any way we can. I for one look forward to pulling out my driver and teeing off on the first hole, as soon as I can!

As anyone who has ever played the game will agree, golf is the great equaliser. Hopefully with more opportunity to play, Israelis of all kinds will take up this worldwide phenomenon of a sport with the zeal that they put in to everything in life. Jews, Arabs, Bedouins and Druze, men and women, young and old, able and disabled, will be able to share the passion of millions of golfers around the world. And who knows? Maybe one day in the not too distant future we will hear Hatikvah playing for an Olympic Gold Medal in Golf – maybe even at an Olympic Games in Israel. To quote another of our pioneering forefathers, “If you will it, it is no dream!”