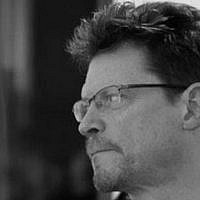 The Blogs
Steven Beller
Apply for a Blog
Please note that the posts on The Blogs are contributed by third parties. The opinions, facts and any media content in them are presented solely by the authors, and neither The Times of Israel nor its partners assume any responsibility for them. Please contact us in case of abuse. In case of abuse,
Report this post.

The attacks on Senator elect Raphael Warnock, who has been a vocal critic of Israel’s occupation of Palestinian territories, are an example of a new myth about antisemitism: that the primary “hotspot” of antisemitic behavior in the United States is on the progressive and socialist Left. This is, in a word, nonsense. Antisemitism still has its main and most potent home firmly on the extreme Right, and is still at the heart of Right-wing, reactionary, and nationalist ideology in ways that it is not on the Left.

The Left’s entire ethos opposes the forms of discrimination and prejudice that characterize antisemitism.|

So how is it that there is so much attention given to Left-wing antisemitism?

To be sure, there are moments in the Left’s history when its ideological defenses against antisemitism have failed, whether because of its adherence to rationalist universalism or in indulging the antisemitic identification between Jews and money embedded within its broader critique of capital generally.

However, these days it is more common to see allegations about antisemitism on the Left when it relates to Israel. I fear that is not a coincidence.

The Left has long supported the emancipation of oppressed peoples abroad as well as at home. It has embraced, rightly, the liberation of subject peoples from imperialist, racist, or foreign oppression, especially after World War II. One of those oppressed peoples has clearly been the Jews, the main victims of Nazi genocide, and consequently, most of the Western Left supported Israel from its creation into the 1960s.

Yet support for Israel by the Left did not change the fact that the Palestinians were and have remained an oppressed national group, deprived of the right of national self-determination. As Israel has grown more powerful, more secure, and more nationalistic, the mainstream Left has become increasingly – and understandably – sympathetic to the Palestinian cause.

The problem is that anti-imperialist, insurgent, “liberation” nationalisms are still nationalisms, with all that entails. Much as Irish nationalists had little compunction in latching onto every accusation, every slur and rumor, that would undermine the credibility of their British enemy, so too have their Palestinian equivalents often been all too quick to embrace parallel claims, conspiracy theories, and demonizations against Jews and Israel, in order to incite their own population and their potential sympathizers elsewhere.

Indeed, most nationalist leaders routinely indulge in heinous propaganda. Zionists (Jewish nationalists) themselves have often used the same nationalist misinformation as other nationalisms, for whom truth is only ever relative to the national cause. It is also true that both sides in the Israel/Palestine conflict, as nationalists, view all members of the “nation” –all Jews and all Arabs and Muslims, however defined—as collectively responsible. That is how nationalists think and it is, regrettably, quite normal.

Of much greater concern is the “nationalist misinformation” used by Palestinians against Israel, Zionism, and its Jewish supporters. This form of distortion often comes from a ready-made and very rich cache of anti-Jewish rhetoric and prejudice: the same antisemitism that led to the persecution of Jews in Europe, Nazism, and the Holocaust.

The use of antisemitic tropes by Palestinian leaders is real and unjust. It has not helped the Palestinians gain their freedom or rights. And it puts their sympathizers on the Western Left in a terrible bind: How can we support a movement for national liberation when its members and allies frequently peddle dangerous lies, such as the Protocols libel?

So, the first thing we should do is point out how self-destructive and damaging to the Palestinian cause this tactic is, especially to gaining crucial Western backing for it. The case for Palestinian rights is clear and robust in its own right: it does not need this infamous, irrationalist and all-too-often untrue distraction.

Palestinian sympathizers on the Left should concentrate on the core concept of the Left: equal justice, equal rights. It is only on this basis – of equal rights for Israeli Jews and Palestinian Arabs in Israel/Palestine, not only on an individual and religious, but also a national level – that any just solution to the conflict will be achieved.

Some extreme supporters of the Palestinian cause would like to deny Israeli Jews all rights and, like the French in Algeria for instance, expel all Jews from Palestine. This is immoral, politically impractical, antisemitic by definition, and denying of history. I am not talking here about some “historical right” of Jews to the land; rather about the fact that many, many Jews now in Israel are refugees themselves, or the heirs of refugees, not only from European persecution, but also from expulsion from Arab states after the founding of Israel in 1948.

Any policy that wants wholesale expulsion of Jews from Israel, or for that matter the demotion of Jews to second-class citizenship, is nationalism of the worst kind, and truly antisemitic. (The same could be said about Israeli attempts to expel Palestinians and expropriate their lands.)

One can debate if these equal rights can be achieved better in a two-state solution or in a binational state. Both options are beset with extreme challenges but whatever shape it takes, if it is a system that would promise equal rights to Jews and non-Jews, including the right to national self-determination and national self-expression, it would not be antisemitic; it would be anything but.

The Left’s approach to the Israel/Palestine conflict has not been perfect. It has at times exposed itself to the kryptonite of antisemitic rhetoric and prejudice (on which the nationalist Right usually thrives). If there is to be a just solution to the conflict, the only way is through a recognition of the need for equal rights, and that is the way of justice, progress, peace, and of the Left.