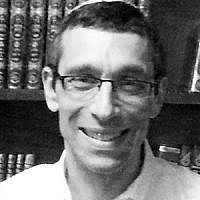 The Blogs
Philip Reiss
Apply for a Blog
Please note that the posts on The Blogs are contributed by third parties. The opinions, facts and any media content in them are presented solely by the authors, and neither The Times of Israel nor its partners assume any responsibility for them. Please contact us in case of abuse. In case of abuse,
Report this post. 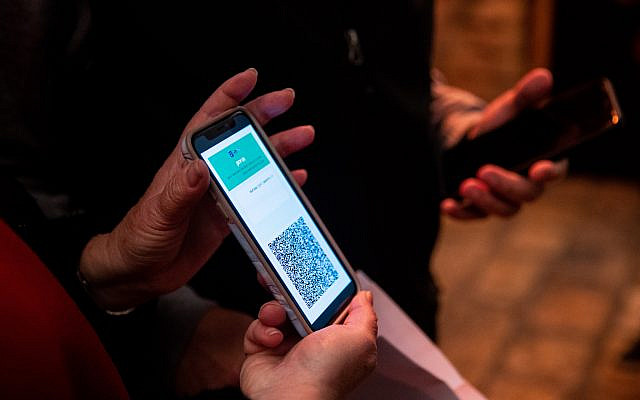 A woman shows her 'Green Pass' as she arrives at a theater in Jerusalem on February 23, 2021. (Yonatan Sindel/Flash90)

I am a strong supporter of vaccination and of the Green Pass system, but sometimes good ideas can be taken too far. That’s why the changes announced on Sunday to the Green Pass need an urgent rethink.

As of October 1, Israelis who got two vaccination doses six months ago but have not received the third will no longer be considered vaccinated for Green Pass purposes. Thus, a healthy 16-year-old who has been fully vaccinated since March will lose that status until he or she gets the boost. In other words, Israeli teenagers will be penalized for not adhering to a Covid vaccination schedule that is not even available in the rest of the world — even for the elderly, and even in affluent countries.

As a result, healthy young people will make sure to get the boost between the five-month point from the second dose (when they become eligible) and the six-month point (when they will become ineligible for automatic entry wherever the Green Pass is required). Demand for vaccines will thus be inflated among those who need them least, even if (as hoped) infection rates are much lower by October, thereby removing any urgency to administer boosters so widely. And this at a time when

The Talmud (Bava Metzia 62a) teaches that when forced to choose between saving one’s own life or that of another, one’s own life takes precedence. In a June lecture [in Hebrew] on vaccine distribution ethics, Rabbi Yuval Cherlow argued that this principle, known as hayekha kodmim, applies at the international level, and justifies prudent national vaccination policies even when other countries have much less access to vaccines. On this basis, the Israeli government was evidently justified in deciding to pioneer the use of boosters, a decision that seems to have saved many lives.

However, as Rabbi Cherlow continued, hayekha kodmim goes only so far, and does not warrant a national vaccine policy that is overly greedy at a time of global vaccine shortages. When judged according to this guideline, the new policy, unfortunately, appears dubious at best.

The world is watching Israel’s Covid policies closely. For example, a mere hint that this Green Pass change was coming prompted this tweet by my esteemed colleague Prof. Jeff Morris, Director of the Division of Biostatistics at the University of Pennsylvania and a great source for Covid-related analyses (see https://www.covid-datascience.com).

There is evidence for reduced efficacy vs infection after 6m but careful analyses suggest protection still substantial, not to mention still strong vs severe disease.

Is the Israeli MOH relying on naive analyses?https://t.co/7Qk0RD5p9u

If the proposed change goes ahead on October 1, critics around the world will likely accuse Israel of unfairly hogging scarce vaccines. Much worse, they will probably be right.

The government must immediately recalibrate. The definition of who is considered (still) vaccinated must be based on more careful and nuanced analyses of waning vaccine efficacy, as are being conducted in America, Europe and elsewhere, informed by global ethical considerations. In particular, the Green Pass time-to-expiration should be extended, at least for younger people.

May we all be blessed with a healthy New Year.