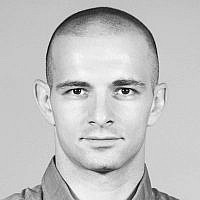 Judaism is a religion. In some points of history and on some occasions, it might have been, or might have perceived, as more, or less. Yet, it does not change the simple fact that Judaism is a religion. In the land of the free [for now] and the home of the brave, some politicians and some parts of society attempt to attach unnecessary characteristics to Judaism – those are mainly far or alt right activists and their respective representatives such as former U.S. President Donald J. Trump. On 16 October 2022 Trump has published a post on his social network Truth, arguing that “No President has done more for Israel than I have” and “Jews have to get their act together and appreciate what they have in Israel – Before it is too late!” With these words, Trump has achieved two main things – first, he singled out American Jews, “Good” Jews from “Bad Jews.” Second, he had already created a scapegoat – somebody or something to blame for possible failures.

Donald J. Trump’s post not only perpetuates and fortifies the antisemitic prejudice ascribing Jews, of all nations, the trait of dual loyalty (that is, one for the place they live in, and one for Israel) but it also singles out good Jews from bad Jews. Good Jews, for Trump, are those supportive of him and his electoral campaigns, both previously and in the future. Bad Jews, on the other hand, are those that criticize and oppose his political campaigns and ideology. It should not be a surprise though, for Trump, that the majority of American Jews oppose him as he promotes not only less-liberal values but also promotes and supports alt and far right societies that bear antisemitic and even neo-Nazi characteristics. Trump, effectively and practically, argues that American people of the Jewish faith are not mostly American but mostly Jews and more loyal, or care about, Israel, a foreign nation.

This leads to the second point of Trump’s scapegoating. By singling out American Jews and dividing them into two groups – one of which will be acceptable to Trump’s supporters and one that will probably not be acceptable to them – Trump indicates his supporters that in case of failure they should know who to blame. That is, Trump associates possible future failures or difficulties to American Jews. This also indicates that for Trumpism, Jews living in Israel, away from the U.S., can be acceptable by Alt-White America and those living within are less, or not at all. This reminds of the Enlightenment, eighteenth and nineteenth century debates about Jews and emancipation. Specifically, whether they could be accepted as fellow citizens of a nation or not. Writing this, I assume most readers know how these debates ended in the twentieth century.

This post by former U.S. President Donald J. Trump is very significant as it can be considered parallel to Karl Lueger’s famous phrase “I decide who is a Jew.” As it appears, for Trump, he decides who is a Jew – a good Jew, or a bad Jew. Karl Lueger, it should be added, was an antisemitic Austrian politician, former mayor of Vienna, and one of the inspirations of Nazi Germany’s dictator. With this remark, the meaning of Trump’s claim “Before it is too late” should be cleared. Late for whom? the independent state of Israel or American Jews?

About the Author
Dr. Lev Topor is an ISGAP visiting scholar at the Woolf Institute at the University of Cambridge and a senior research fellow at the Center for Cyber Law and Policy at the University of Haifa in Israel. He is the co-author (w/ Prof. Jonathan Fox) of 'Why Do People Discriminate Against Jews?' Published by Oxford University Press in 2021 and the author of 'Phishing for Nazis: Conspiracies, Anonymous Communications and White Supremacy Networks on the Dark Web' Published by Routledge in 2022/3. Lev publishes scholarly works and reports on the topic of antisemitism, anti-Zionism, racism and cyber.
Related Topics
Related Posts