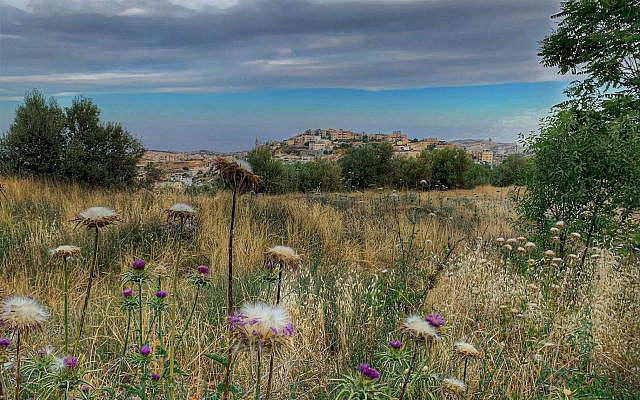 The part I didn’t tell you is that last night, someone threw a Molotov cocktail at our apartment.

But before I get to that, first, I want to tell you about where I live, and my neighbors.

And Tzippy the Cat is the building manager. 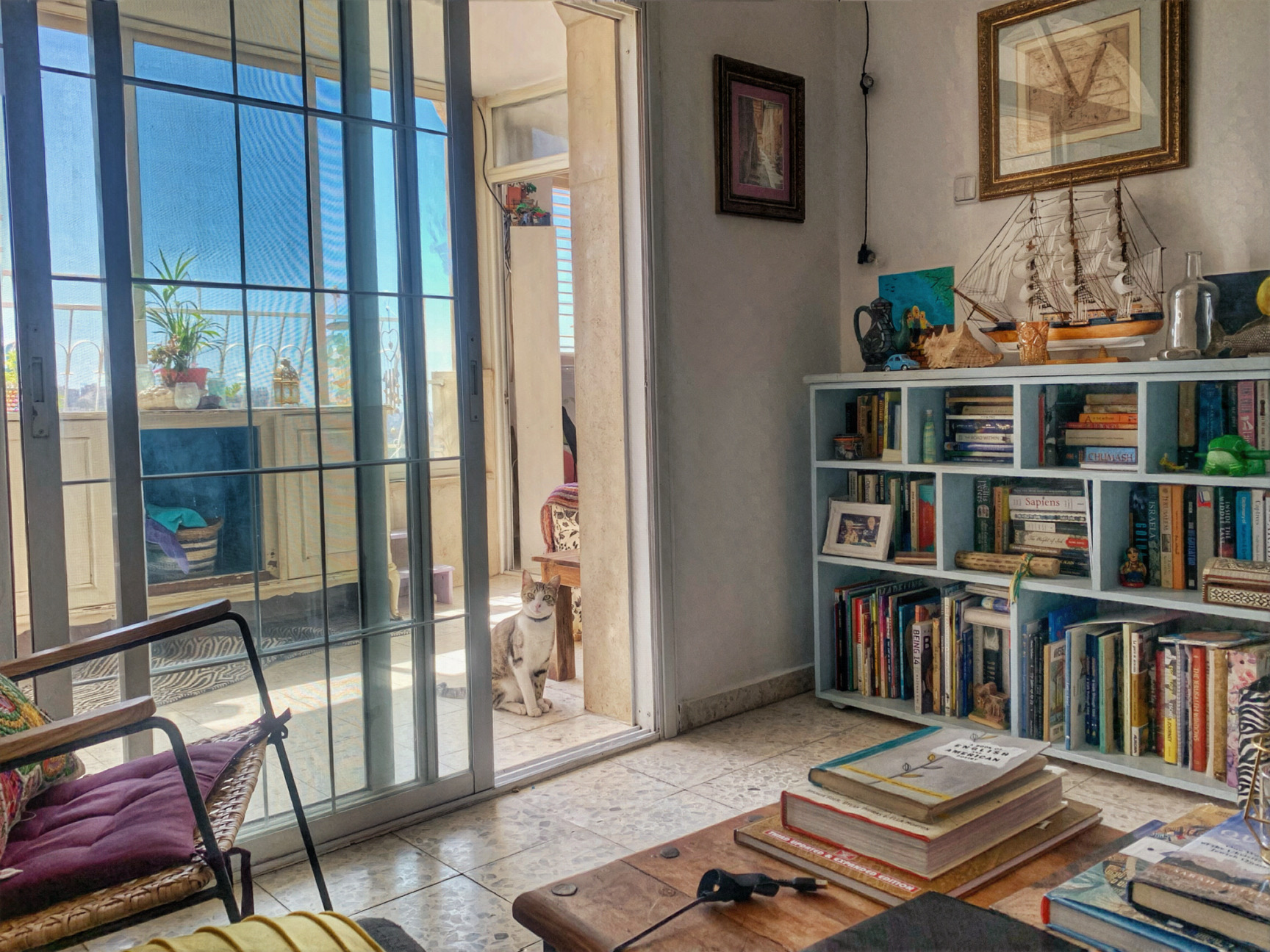 Tzippy the Cat is also in charge of building security. 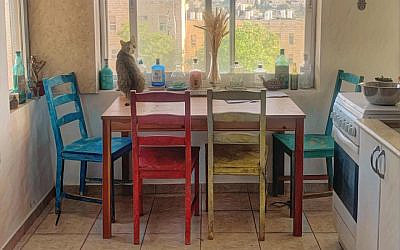 One of the things I love most about the building is that our hallways are often steeped in the aromas from the various kitchens — fragrances from all over the world wafting together along with the sounds of the different languages as parents call their children in for dinner in Hebrew, Arabic, Yiddish, Armenian, Russian, Amharic, and in English.

This mixture of religions and cultures living together in one building is not common in Jerusalem where invisible lines aren’t just drawn: they’re often covered in barbed wire.

And that’s what I love best about our building: that we all do live together and look out for each other.  Okay, sometimes we also get irritated with one another — like the time Shmulik** left some old boxes near the garbage and didn’t throw them in and Moshe had to do it, or the time Senait’s dog was up all night barking because Aziza’s cat got stuck in the jacaranda tree in Senait’s yard, or the time my kids and I sang Shalom Alechem really, really, REALLY loudly on Friday night until Svetlana and Misha pounded on the walls…  But mostly, we get along just fine.  Even when we don’t.

I also love the view: we live along a road that runs between this quiet neighborhood and an assortment of other quiet villages…. the desert beyond, stretching east as far as the eye can see. 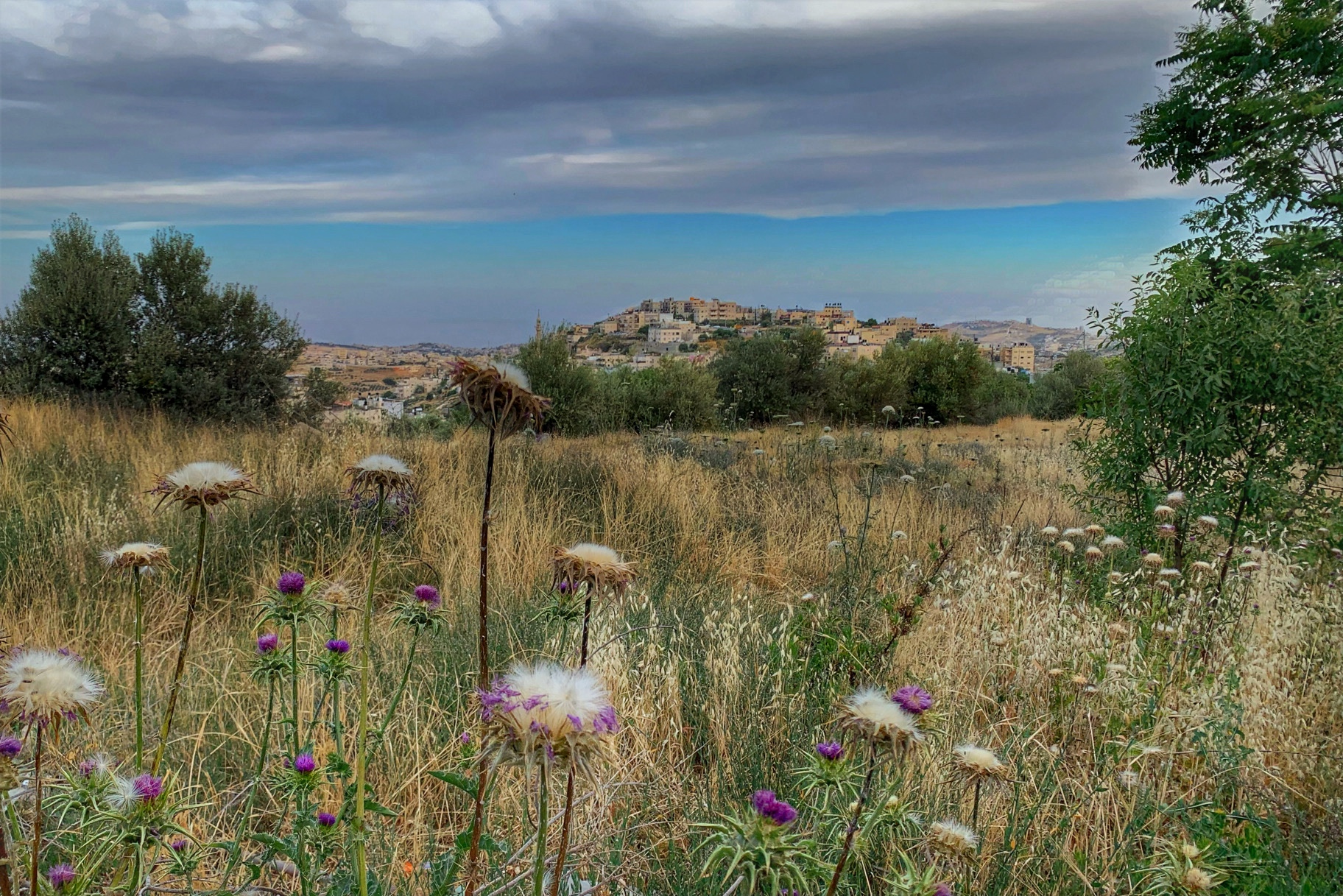 Except lately, things haven’t been so quiet here.

Saturday night, the windows shook with the boom of stun grenades from clashes in the villages across the road.

I was in bed when it happened. I heard a loud pop — I thought it might be a stun grenade.

But then I could smell smoke, and it smelled awfully close.

I looked out the front window, and I saw bright yellow flames licking the dry weeds and underbrush outside.

And I just stood there, rooted, because the thing is this: when you see something frightening for the first time, sometimes you don’t realize what you’re seeing — your brain needs time to calibrate, to create a vocabulary around it, and then a story, and at first I wondered why the neighbors had built a bonfire and why it smelled like like pungent gasoline.

Within seconds, I understood what had happened, and as the smoke rose in acrid plumes toward my window, I ran downstairs with some bottles of water, and saw Misha already out there dousing the flames with a bucket.

Between the two of us, we got the fire out.

Meanwhile, Mahmoud who lives upstairs went charging out the front door — it turns out he’s a volunteer for the Israeli police, and he went running — no weapon, no bullet proof nothing…. just his little neon yellow vest that says “Police” — down the road trying to find the “hayawan –– the animal” who tried to hurt us.

He didn’t catch him. Nor did the Border Police when they showed up five minutes later.

But the fire was out, and we were okay.

I even made a joke that clearly not everyone likes my Taxi Driver Stories.

Misha with the bucket rolled his eyes.

“Spakoina noiche,” he said with a shrug and walked back inside like none of this was big deal.

In some ways, I guess it wasn’t.

“No injuries or damage reported,” the news reports would say.

But in other ways, it really was: I didn’t sleep last night. Because there are no sirens before a Molotov cocktail attack, there is no Iron Dome either, and I stayed awake with my eyes wide open just waiting for the pop and the smoke, and I stayed awake, my heart thudding in my chest, but the only thing that came was the dawn, pink and freshly scrubbed.

And then morning passed into the afternoon, and on the stairs I passed a religious man with a long white beard. We’ve never spoken before, or even made eye contact, but today he looked at me — really looked at me — tattoos and all — and said he is praying for all our safety.

I saw Mahmoud, the volunteer police officer. He’s decided to try to become a real cop so he can protect his family and his neighbors.

Outside my window — for now, tonight, as I write this — there is no fire in the brush, nor stun grenades in the village across the road — just the stars shining bright against the vast black sky.

And here in Jerusalem where we live tragically behind our invisible lines, where forces of extremism threaten to devour us, I am grateful for good neighbors, and I know this to be true: during these difficult days, our apartment building really means something  — and while we may be the exception today, with hard work and trust, we could also one day be the rule.

And we won’t let anyone injure or damage — let alone, destroy — that possibility.

** All names/identifying characteristics  have been changed.  Except for Tzippy the Cat.  That is her real name. Although sometimes she goes by Tsiporah.

Sarah is the author of Jerusalem Drawn and Quartered: One Woman’s Year in the Heart of the Christian, Muslim, Armenian, and Jewish Quarters of Old Jerusalem. She is working on her second book, a collection of taxi driver stories from the Holy Land.  For updates on this project, follow Taxi Driver Stories on Facebook and Instagram. 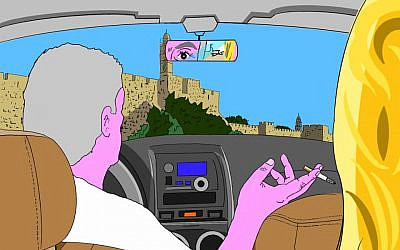 Illustration by @virgilsghost on instagam