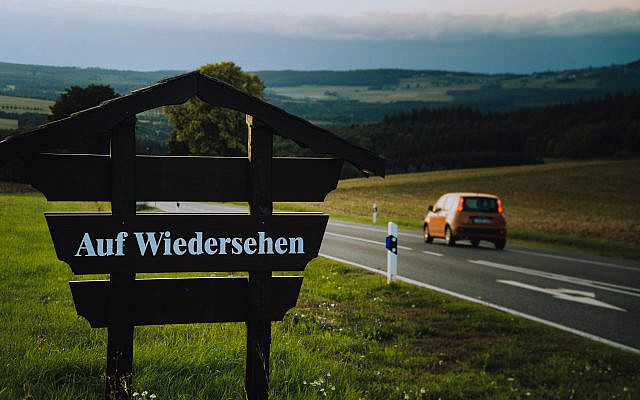 Photo by Jonathan Kemper on Unsplash

There is a debate among some with time on their hands about whether the decade ends with 2019 or 2020. I choose the latter, partly because pedantry is irresistible, but mostly since it enables me at this delicate moment to go beyond condemning of the outgoing year, whose awfulness is by now a cliché. It is the end of the decade that should be filling us with joy.

2020’s sins are clear: it gave us almost 2 million deaths from COVID-19, mass unemployment, lockdowns and closed borders, social distancing, too little nightlife and too much TV. It gets a bit of credit for the defenestration of Donald Trump, but this cannot square the account.

But 2020 was a fitting climax of a bigger dismal thing: the decade of the 2010s.  To a stickler of the Gregorian calendar the count begins right away at Year One, not zero, so the decades end in the years enumerated in round tens.

The outgoing decade saw the rise and fall of Islamic State’s evil Caliphate and abuses of China’s  Uighurs and Myanmar’s Rohingyas — atrocities of the kind humanity has not yet learned to prevent. Israel fell into a mafia version of democratic one-man rule during which its entanglement with the Palestinians may have become permanent — which is a localized tragedy. But there is also something wider and deeper going on – an existential angst in “Western” civilization, marked by conflict about basic things like freedom, facts, and truth.

Society needs a sane conservative movement to remind us that change for its own sake is rarely a great idea. We need progress, but also voices of prudent caution reminding us of the value of the mythology and traditions that make tolerable the mortal coil. The 2010s are the decade when conservative movements in key countries — most devastatingly the United States, but also Brazil and other places — morphed into an angry mob of ultranationalists, science skeptics, conspiracy theorists and class warriors. Viewed another way, a cynical cabal of low-tax, anti-regulation conservatives took over the US Republican Party and figured out how to get people to vote against their economic interest by peddling identity obsessions and religious jingoism and whipped-up hatred for experts and “elites.” The result is that most Republican voters, rather than feeling embarrassment about Donald Trump’s norm-shattering sore-loser act, accept the preposterous lie about a stolen election. This is revolutionary, not conservative. It is bad, and ending no time soon.

The progressives overshot on the left

Society also needs a progressive movement that pushes us to do better. We tend to complacently forget that until a century ago no women anywhere (except for New Zealand) had the vote. The US constitution, whose “framers” we fetishize foolishly, viewed blacks as less than fully human. Homosexuality was illegal in much of the US until recently. Atrocities continue. We need the left to remind us how far we need still to go. But in the US especially the progressive movement in the 2010s has badly overshot in a hubristic and humorless way. We will not benefit from scolds turning universities into “safe spaces” free of “inappropriate” debate. Unforgiving “cancel culture” is terrorizing whole industries, beginning with media, which should be a bastion of free speech. Police violence against minorities will not be fixed by “defunding” the men in blue. What’s worse, this lunacy helps the right because most humans on Planet Earth do not think gender is a construct; they are too busy having kids.

The social media revolution started off well: people sharing pet, baby, and vacation photos; old friends renewing ties; unfettered discourse on philosophy, cooking, and current events.  Then came the algorithms. By the 2010s, social media was clearly enabling the darker instincts of human nature through echo chambers of cultural rabbit-holes and monomanias where decency and truth are of little account. Also, a sense of society is undermined (reflected also in the fact that no music is consensual, nor consequently widely considered memorable). Worse, social media helps the liars, because lies are more interesting, feeding our dark side. Social media enables mass manipulation because the digital ecosystem creates monopolies of unprecedented scale. It once helped organize revolts against despotism, but today is more remarkable in enabling autocrats to spy on dissidents. If Hitler had had social media, the Big Lie might have had even more legs.

The 2010s began with the Arab Spring, and it is easy to forget that there was nothing sarcastic then about the term. The self-immolation of Tunisian Mohamed Bouazizi seemed to spark — partly due to social media — a region-wide revolt against its corrupt and incompetent despotisms. Hosni Mubarak fell in Egypt, the far worse Muammar Gaddafi collapsed in Libya, and Bashar Assad was teetering in Syria. A decade later, we have democracy almost nowhere and ongoing war in Syria, Libya, and Yemen. In the West, meanwhile, democracy has yielded an embarrassment of poor decisions, and the young are checking out in droves. Many now look to China with its Communist party dictatorship capitalism as a model, which they should not.

It may be fashionable to bash the European Union but that doesn’t make it smart. The EU made mistakes, giving each country a veto and enacting a monetary union without common fiscal policies. Moreover, it was an elites’ project that assumed acquiescence and did too little to engage ordinary Europeans. So they forgot that the EU’s mission — in which it has succeeded — was to ensure the peace after two world wars (and also to give European economy a scale to rival China and the US). The 2000s saw failed efforts to pass an EU constitution and establish a genuine EU presidency; the 2010s saw north-south squabbles about money, a free-for-all on immigration, a rude ending to Turkish accession, populist insurrections in former Communist countries, and, finally, Brexit. A Leave campaign dependent on lies yielded a result based on a truth: half the Brits, and most older ones, don’t feel European. It’s sad, because for all its bureaucratic nonsense the EU is an engine of societal progress and good in the world.

The music divides us into tribes

In the bad old days, too much was determined by cultural elites along a wide range from studio heads to network execs to DJs and record moguls and publishing tyrants. It was not always friendly to trailblazers, and yielded silliness like the US network censor. But at least it enabled societies to develop around somewhat shared narratives — a process without which the tribes of Gaul and the Apennine Peninsula would never have become France and Italy. It is not a terrible thing that most people in the Anglo-American world have heard of the Rolling Stones or the film “The Godfather.” The 2010s, where even streaming services have personalized algorithms, have decisively ripped this to pieces. Much of the music now is made by pseudo-algorithms too, little stands out, and even less of it will be remembered when they are still playing Dark Side of the Moon. At least, as if by some miracle, the (non-reality) TV these days is surprisingly gripping and well done.

What can be said? The politicians by and large have failed, and the masses have done little to justify starry-eyed faith in the “wisdom of the crowd.” On the bright side, in an age of unhealthy skepticism about expertise, the people of science have neutralized a global pandemic in less than a year; perhaps Gen Z will see that Instagram influencers are not the most important humans after all. Value education; keep an open mind; try not to do stupid shit.

Ringing out the 1970s, the comic strip Doonesbury featured the character Zonker raising a toast “to a kidney stone of a decade.” The term was wasted on the 1970s. Compared to the 2010s, it was a sniffle. May the 2020s be as a rose garden! No one can promise such a thing, but we are way, way, way overdue. 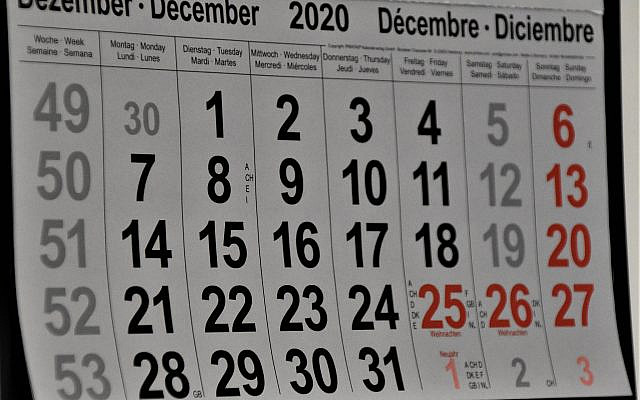 By Waldemar Brandt in Unsplash
About the Author
Dan Perry is the former Cairo-based Middle East editor and London-based Europe/Africa editor of the Associated Press, served as chairman of the Foreign Press Association in Jerusalem, and authored two books about Israel. A technologist by education, he is the Chief Business Development Officer of the adtech company Engageya and Managing Partner of the award-winning communications firm Thunder11. His Substack, Ask Questions Later, is available for subscribers at https://danperry.substack.com/. Also follow him at twitter.com/perry_dan; www.linkedin.com/in/danperry1; www.instagram.com/danperry63; www.facebook.com/DanPerryWriter/; and https://muckrack.com/dan_perry
Related Topics
Related Posts
Comments