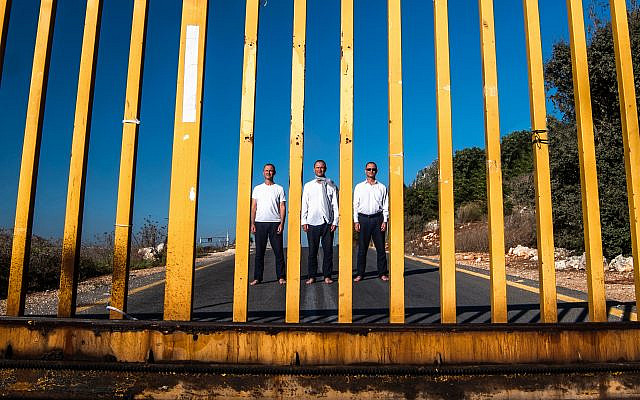 More than 15 years after Robbie Gringras’s acclaimed one-man tragi-comedy “About the Oranges” won plaudits around the world, the Manchester-born actor/playwright is stopping in Jerusalem for a one-off performance of his new show “The Gate” at Bet Mazia on Feb. 19 before heading to Chicago, New York and London.

British readers may recall Robbie as a co-founder of the Besht Tellers, the seminal Jewish theatre group that helped spark a revival of Anglo-Jewish theatre in the 1990s with their minimal style and moving, music-backed storytelling. The Daily Telegraph described the Besht Tellers’ final show before Robbie moved to Israel in 1996 as “one of those rare and blessed evenings which actually leave you feeling better about human existence.”

“The Gate” is set in the Galilee, where Robbie lives on Kibbutz Tuval with his wife Dorit, a stained-glass artist, and their two children. It’s based on “true incidents and dialogue” from the kibbutz, he says, but adds that he “introduced a gun” into the narrative, in which he plays all four main characters.

“All Jewish communities on hills in the Galilee have annual arguments about what to do with their gates, all of which effectively close off roads connecting to a nearby Arab village,” says Robbie. 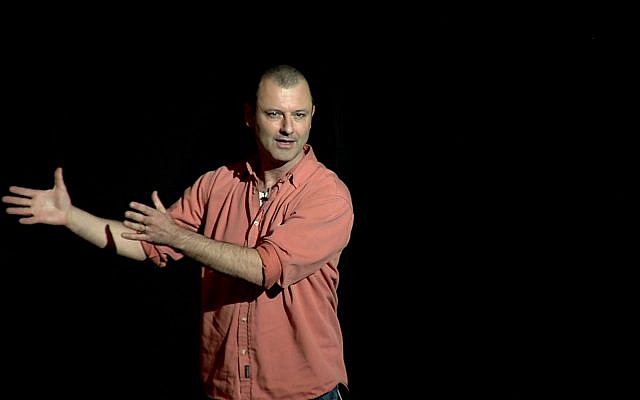 Are the gates connected to racism? Security? Religion? Burglaries? That’s the discussion when a strong, proud woman from a neighbouring Arab village gets trapped inside the locked gate of the kibbutz one night.

“The show rules nothing out,” he says. “While the show can be read as social comment on a particular situation in the Galilee, it’s more about dogmatism in these polarized times, and the acceptance of plural world views.”

His 2004 solo show “About The Oranges” – a painful comedy about a suicide bombing – was performed around the world in Hebrew, English, and in Mexico in Spanish, to rave reviews. The Scotsman described it as a “heartbreaking prayer for peace,” while The Guardian said the show “stripped down the Middle East conflict to its essentials: pain and comedy.” The Vancouver Sun said it was “a one-man theatrical border conflict, with Gringras madly stomping across national, political and generational lines – not to mention the jagged one that divides laughter and pain.” 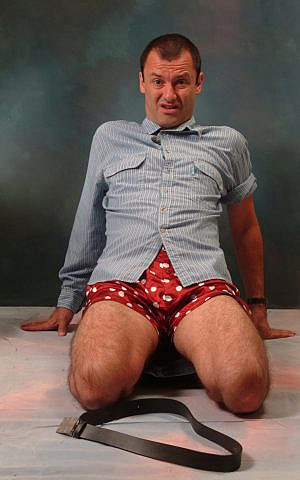 Robbie also performs in storytelling shows with Israeli musician Adam Mader. Their celebration of Israel’s complexity, “That’s Why I’m Still Here,” has been touring the world in English and in Hebrew for a decade.

Robbie combines drama with Jewish and Israeli education. His seminal piece “Hugging and Wrestling with Israel” has informed a generation of local educators, and he currently drives the internationally acclaimed 4HQ System of Israel Education.

Although he travels the world, Robbie says he is most at home “on the top of a hill in the Galilee.”