The Blogs
Lori Palatnik
Apply for a Blog
Please note that the posts on The Blogs are contributed by third parties. The opinions, facts and any media content in them are presented solely by the authors, and neither The Times of Israel nor its partners assume any responsibility for them. Please contact us in case of abuse. In case of abuse,
Report this post. 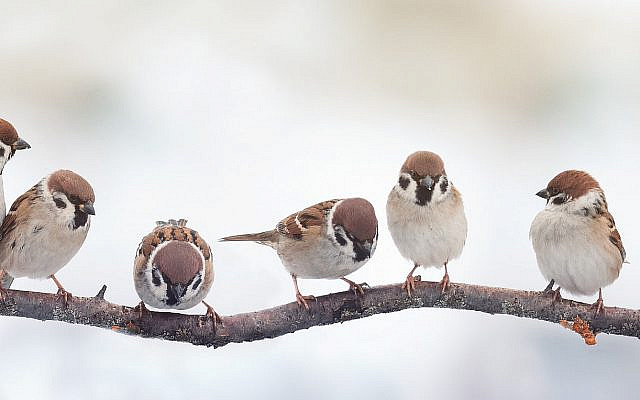 “Perhaps they were singing all along, we just weren’t listening.”

My husband and I live in Musrara, a historic neighborhood in Jerusalem, just outside the Old City. After attending AIPAC in Washington DC on March 7th, I returned, and upon hearing that there were people in attendance who had been previously exposed to the virus, I followed the directives of the Israeli government and went into quarantine. I like to say that I was in quarantine before it was fashionable.

I am very thankful that our government made such a directive because as we became educated about the pandemic, we realized that my husband, because of his age and previous cardiac history, was “high risk.” My going into quarantine, and not going about my business in Israel and abroad, has helped protect him.

Very soon the whole country followed suit. About a week into the national new reality, I noticed that, outside, the birds, who we would always hear singing at dawn, were now serenading us all day! They cheerily and loudly chirp and sing, never letting up all throughout the day.

Gee, we thought, it’s like they are overjoyed that we have given them back their world. Stories about clear skies in L.A., clean water in Venice, and goats enjoying the town flowers in Wales, filled our news feed.

One day, I turned to my husband and said, “Perhaps they were singing all along, we just weren’t listening.”

How many of us have gained new and vital insights during these times of “shelter inside”? It’s like G-d had to quiet the whole world in order for us to stop running and start listening. Yes, there is tremendous pain and suffering all around us, but there are also new acts of giving, loving, sharing, supporting….and singing.

Perhaps all of it was there, inside us, all along.