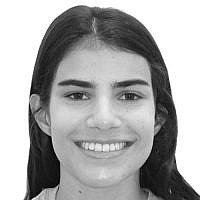 The Blogs
Flavia Giuffra
Apply for a Blog
Advertisement
Please note that the posts on The Blogs are contributed by third parties. The opinions, facts and any media content in them are presented solely by the authors, and neither The Times of Israel nor its partners assume any responsibility for them. Please contact us in case of abuse. In case of abuse,
Report this post. 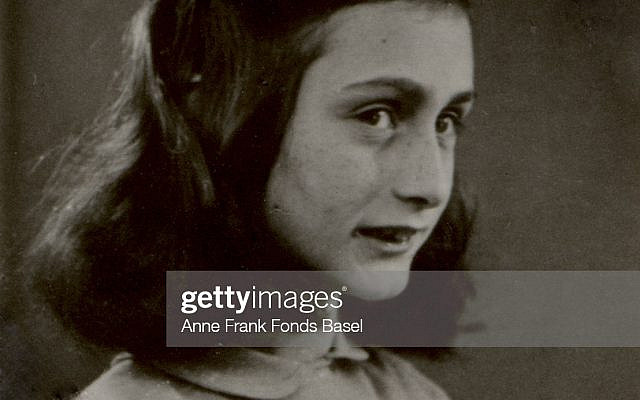 Rarely do Holocaust-related stories obtain the levels of media attention as the proclaimed identification of a new suspect behind the capture of Anne Frank by the Nazis did last week. And it’s not hard to see why. Anne Frank is arguably the Third Reich’s most famous victim, who, over the decades, has become a worldwide symbol of the Holocaust. Even if virtually nothing else about the destruction of European Jewry, the world knows of Anne Frank. Therefore, the way in which mainstream media outlets broadcasted the findings announced in Rosemary Sullivan’s book “The Betrayal of Anne Frank: A Cold Case Investigation” was hardly surprising. But it was, in my view, quite inappropriate and ultimately pointless. The book’s author disregarded any and all standards of academic rigour and integrity, and the publisher, who also acted irresponsibly, has since announced they are halting its publication and issued an apology.

But all of this after hundreds of headlines swarmed around the internet – many using modal verbs to convey uncertainty, some bolder ones proclaimed a mystery had been “solved”, and almost invariably all of them featured the misleading – and problematic – word “betrayal”. The damage is done. This incident should also serve as an opportunity for reflection on how the Holocaust tends to be discussed in mainstream media nowadays – sporadically, sensationally, and out-of-context – and invites a larger conversation about where this approach may be failing and what possible changes could better serve the mission of public Holocaust awareness and education.

These days, reputable newspapers would think twice before publishing a flimsy, unscientific take on vaccine safety, lest fueling the anti-vaxxer movement despite explicit assurances that the information is not certain. A comparable, cautious approach might be sensible when dealing with matters as sensitive as genocide. Experts have rightfully bashed the conclusions reached by the investigation as baseless speculation – not only is this new theory not proven by the evidence, but the evidence (and common sense) actually point to it being extremely unlikely. The spread of speculative (mis)information is particularly detrimental once we consider the worrying levels of ignorance about the Holocaust among the general public – an issue these same media outlets reported on not too long ago. While I am not implying that this was the case here, the historical truths of the Holocaust have so often been intentionally distorted to serve antisemitic agendas, that it may be wise to hold off on spreading information until experts have weighed in on its veracity. Inaccuracies, even when well-intentioned, invariably hurt the purpose of public education – in this case, the content of such articles exacerbate already existing myths and misconceptions about the role of Jewish councils.

Moreover, the propagation of unverified claims is especially damaging when they carry serious accusations, like they did in this case. Especially towards an individual who is no longer here to defend themselves, who was as much of a victim as those hiding in the secret annex, and whose legacy and reputation will be tainted as he becomes “the guy who betrayed Anne Frank”.

Another aggravating factor is that not only is this information unverified, but media outlets are very much aware that the majority of their readers will lack the background knowledge to contextualize it – they reported on as much not too long ago. Concepts like Primo Levi’s “grey zone” and what Lawrence Langer termed “choiceless choices” warn of the impossibility of passing judgement on the decisions made by the victims of Nazism. It doesn’t take a fortune teller to see how, without proper awareness of the broader context, the allegation that another Jew may have “betrayed” the universally beloved Anne Frank could lead to a narrative that is far from what maybe, perhaps actually happened – but, still, probably didn’t. In fact, any real awareness of the position persecuted Jews found themselves in makes one realize that the very use of labels like “betrayer” are callous and inappropriate.

The information that people receive, and the way in which they receive and process it, has real-life implications (See: antivax example above). It is also no secret that tenuous historical speculation about the Holocaust is a slippery slope to antisemitism. The current record-high levels of antisemitic attitudes and violence certainly calls for mass media to handle these topics with more carefulness. Instead, in the typical vying for clicks and online traffic, major media outlets rushed to share their own articles to their Facebook pages. And under these posts, comment sections with a plethora of reactions, ranging from perpetuated ignorance to instrumentalized prejudice.

There was harsh disapproval and ignorant judgement. Some of it, either consciously or unconsciously, allude to some of the age-old antisemitic tropes that led to the Holocaust in the first place – “A Jew ratting out another Jew.” In a twist of irony, both the book’s author and the news articles acknowledge how Otto Frank himself was seemingly made aware of this information, and chose to keep it quiet in order to avoid misconceptions that would stoke antisemitism. If only they shared his foresight. A number of commenters do point out the irrevocably true fact that the Nazi regime is the sole culprit for the fate met by Anne Frank. Alas, too often they are flooded with comparisons of current Israeli policies with the Holocaust; comparisons which are, not only entirely irrelevant, but more importantly, wholly unsubstantiated and fundamentally antisemitic.

I would like to believe that, in most cases, media outlets acted out of carelessness rather than malice; but the fact remains that none of these consequences were impossible to foresee. There is an urgent need for greater public awareness about the Holocaust, and while this mission does not fall entirely on mass media, they should at least act responsibly so as not to hinder it. The kind of awareness that can curb prejudice does not come from hearing speculative, decontextualized facts from a headline once in a while, but from understanding how such horrifying events came to take place. I hope this ‘Anne Frank betrayer’ fiasco can become a cautionary tale for mass media outlets to handle sensitive information more sensibly, especially when it comes to matters like the Holocaust, and especially when they’re made aware that what they are putting out there has a fair chance of being untrue. It is imperative that the mass media keeps talking about the Holocaust, but working with historians and experts, and listening to survivors rather than giving a platform to the juiciest gossip, is bound to give more productive results.

About the Author
Flavia Giuffra is a historian focusing on the history of the Holocaust and its remembrance. She studied in London and Amsterdam. Currently, she's doing a Master's in Communication and Information at the UvA. She is most interested in Holocaust education for the general public.
Related Topics
Related Posts
Comments