During my last trip, I had the chance to have long conversations with a local politician, Member of the Parliament Elhadj Bouna Keita. He is an example for Guinea because he not only fights for the economy of his country to progress but also works with all the forces of the country as well as with foreign investors for a united Guinea. As with all the wise men of Africa, it took me some time to understand that Bouna Keita was an important actor in Guinean politics. He did not talk to me about politics but only about the beauty of his country. 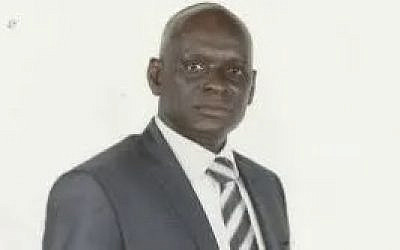 Guinea gained independence from France on October 2, 1958, making it the first country in French sub-Saharan Africa to do so.

This independence was achieved largely as a result of a long struggle in which many women were in the vanguard.

The role of women in Guinea

Since the country’s independence, Guinean women have always fought for equality gender. Thus, Guinea is the only country in Africa that has 11 women ministers, 20 deputies (out of 114), 3 committee chairpersons in the National Assembly (defense and security, health and youth, mines); 4 committee vice-chairpersons (trade, social affairs, foreign affairs, economic affairs).

As of 2019, monogamy is the rule in Guinea, except for “explicit agreement”. According to this law, any man who wishes to be polygamous must have the agreement of his first wife at the time of marriage to her. A first in Africa.

One of the only countries in Africa where poverty is decreasing

According to the report of a survey recently published by the National Institute of Statistics (NIS), the poverty rate in households fell from 55.2% to 43.7% between 2012 and 2019. This reduction in poverty is explained in particular, according to the NIS, by the economic performance obtained in the country by the Authorities.

A booming economy with lots of resources

Guinea is often called the water tower of West Africa. It is surrounded by Guinea-Bissau, Senegal, Mali, Ivory Coast, Liberia, Sierra Leone and the Atlantic Ocean.

Rich in mineral resources, Guinea is the world’s largest exporter of bauxite, which is used to make aluminum, and is a major producer of gold, diamonds, iron and nickel.

The Ministry of Finance of the French Republic writes: “Under the economic and financial program with the IMF, the authorities are making efforts in the area of fiscal consolidation.

In recent years, the authorities have achieved a relative stabilization of the exchange rate of the Guinean Franc GNF against the US dollar.”

For the African Development Bank, “The Guinean economy has shown resilience in the face of the global pandemic. Real GDP grew by 5.2 percent, just short of the 5.6 percent projected for 2019 and well above the 1.4 percent rate projected at the start of the pandemic. This remarkable performance is linked to the strong increase in mining activity of 18.4 percent in 2020, up from 8 percent in 2019 thanks to the rise in Chinese demand for bauxite and aluminum, of which Guinea has been the main supplier since 2017, having replaced Australia. Medium-term growth is expected to reach 5.6 percent in 2021 and 5.1 percent in 2022.”

“Our ambition is to become the second largest economy in West Africa, after Nigeria. We are determined to do so. Guinea must be self-sufficient in food products to then become an exporter. We are going to develop value chains for agricultural products, market gardening and agro-industry, while keeping an eye on mining and road infrastructure,” said Guinea’s President Alpha Condé a short while ago.

Guinea, towards a social peace

“Guineans will have to work collectively to overcome resentments and consolidate the social fabric in order to build the Guinea that everyone dreams of and take it to the heights of prosperity,” said Prime Minister Ibrahima Kassory Fofana.

“I have already started thinking about and consulting on a framework to ensure the operationalization of this platform intended to organize dialogue among Guineans on issues of national interest. We intend to carry out the process of political and social dialogue with all the actors of the national life,” added the Prime Minister.

About the Author
Eric Gozlan is Government Counselor and co-director of the international Council for diplomacy and dialogue. He works in civic diplomacy in the Middle East and in Africa. He has received numerous awards for peace and gives numerous lectures. He served in the IDF for several years.
Related Topics
Comments
Advertisement