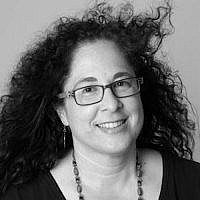 The Blogs
Aya Tager
Apply for a Blog
Advertisement
Please note that the posts on The Blogs are contributed by third parties. The opinions, facts and any media content in them are presented solely by the authors, and neither The Times of Israel nor its partners assume any responsibility for them. Please contact us in case of abuse. In case of abuse,
Report this post.

Beyond staking its claim as one of the most innovative countries in the world, Israel has made significant contributions in the realm of environmental conservation and protection.  Most notably, Israel has taken the lead in water conservation solutions. From drip irrigation to desalination plants, Israel has made waves in a largely stagnant field of research and innovation, solving water crises around the globe.

But while California, Kenya, and North India have Israel to thank for their life-saving and economy-bolstering water technology, Israel still struggles with its own water security, and the situation is quickly deteriorating.

Since Israel’s establishment, policy makers have understood that the region’s desert climate and dry seasons would make water conservation crucial to the country’s survival.  Since then, innovative technologies and policies have been addressing the issue.  With nearly 90% of wastewater being recycled in Israel, the highest percentage across the globe, and nearly 80% of drinking water coming from desalination of sea water, Israel’s crisis should have presumably been averted years ago.

However, with all its efforts and advances, Israel neglected one major area of concern: conservation of its natural water resources. 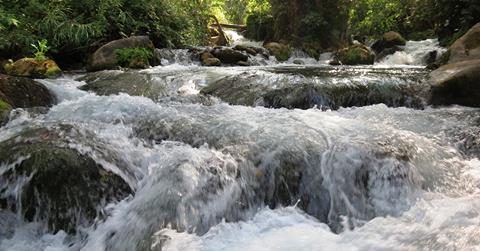 Natural water flow in springs and rivers is decreasing rapidly nationwide.  After climate change and years of drought, Lake Kineret is at its lowest.  Famous for its wealth of water, the Dan and the Banias Streams that are the sources of the upper Jordan River, located in the Upper Golan between the Hula Valley and Mount Hermon, are at an unprecedented low, with their natural spring-water flow decreasing by almost half.  In fact, Northern Israel is experiencing one of the worst droughts in 100 years, leaving the country’s natural water resources with a deficit of 2.5 billion cubic liters of water.

Despite these frighteningly low levels of natural water, most of the water used for agriculture in the Golan Heights, Galilee and Jordan Valley regions is still pumped directly from local springs, rivers and ground water.  As such, there is little water left to flow in nature, thus causing further damage to the already dwindling streams and wetlands.

This summer, agriculture will utilize over 70% of the upper Jordan River’s natural water flow, an extraordinarily high percentage.  Furthermore, natural spring-water is still being used as a resource for drinking, agriculture, industry, and tourism in the upper Kinneret Basin, creating a demand greater than the rate of natural regeneration.

For years, the Society for the Protection of Nature (SPNI) has worked tirelessly to convince the government to take the necessary steps to save our natural water resources and to rehabilitate natural water flow in our springs and rivers.   Thankfully, the government has finally heard our pleas and begun to address the issue by approving a water restoration plan for seven streams.

On Sunday, June 10, Israel’s Cabinet unanimously approved a plan presented by Minister of Energy Dr. Yuval Steinitz, with the support of Minister of Finance Moshe Kahlon and Director of the Water Authority Giora Shaham called the “Strategic Plan for Coping with Shifts in the Water Economy in the Years 2018-2030.” The plan calls for the reduction of pumping from rivers and streams in northern Israel and the creation of two new desalination plants to increase the quantity of desalinated water.

This major, national plan includes, among other things, a plan to restore the flow of natural spring-water to seven streams – including Betzet, Ga’aton, Naaman, Tzipori, and Kishon – in the northern Galilee, the Hadera River in central Israel, and Einan stream in the Hula Valley.  Adapted from a plan originally drafted by SPNI in 2015, the plan will allocate NIS 81 million to repair the severe damage caused by Israel’s ongoing water crisis to the country’s rivers and streams.

After years of lobbying, we at SPNI congratulate the government for giving our natural water crisis the attention that it so desperately requires.  However, the plan only addresses natural streams.  No plans have been suggested to conserve the streams flowing into the Jordan river, leaving the river completely neglected.  While the plan, if implemented properly, is a step in the right direction to ensure stable amounts of water for agriculture, consumption and natural revitalization, there is still much work left to be done.

Israel’s water woes have never stemmed from inability.  After all, Israeli ingenuity has brought forth flowing water and blooming agriculture in the desert.  But dealing with water issues has always just been a part of Israel’s reality.  We will continue to lobby the government so that Israel continues to take the appropriate steps to correct this persistent issue.  And if the government continues to prioritize the conservation of our natural water resources, we will truly have something to gush about: our title as the world’s true water innovation super power.

This article is based on an interview with Dr. Orit Skutelsky, SPNI’s Coordinator of Water and Streams.

About the Author
Aya Tager is a member of the Marketing and Communications team at the Society for the Protection of Nature in Israel (SPNI), the oldest, leading and largest environmental non-profit organization in Israel.
Related Topics
Related Posts
Comments