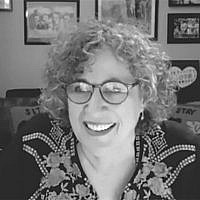 The Blogs
Briann Shear
Hadassah New Orleans Chapter President
Apply for a Blog
Advertisement
Please note that the posts on The Blogs are contributed by third parties. The opinions, facts and any media content in them are presented solely by the authors, and neither The Times of Israel nor its partners assume any responsibility for them. Please contact us in case of abuse. In case of abuse,
Report this post. 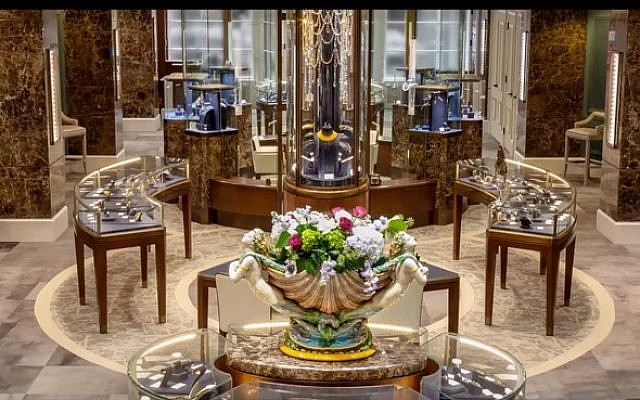 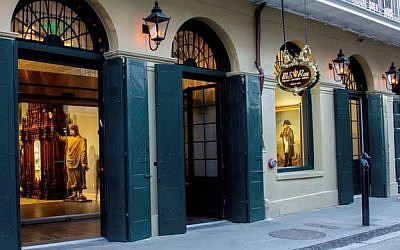 One of the gifts of the pandemic has been the ability to host and share great Hadassah programming online, rather than lament the fact that in-person meetings have been almost impossible over the past two and one-half years! And as my presidency of Hadassah New Orleans draws to a close without my having hosted a single live meeting, I am delighted to report our Zoom offerings have been outstanding. Over these pandemic years, they have widened our audience and fostered collaboration.

Our latest offering, a joint project of the Hadassah Birmingham and Hadassah New Orleans chapters was a presentation called Art & Jewels (with a Jewish Twist), given by Bill Rau of M.S. Rau, the renowned jewelry and antiques dealer in New Orleans’ French Quarter, which is celebrating its 110th anniversary this year.

The idea was hatched by Ginger Brook, the dynamic and creative president of the Birmingham chapter, who called me with a great idea: Let’s invite M.S Rau, the largest fine art and antiques gallery in North America and a world-class jewelry gallery, for an online webinar about jewelry. We could invite members of our own chapters, but also invite others to attend. In fact, we could open it up to all Hadassah members and their friends. Who doesn’t love glittering gems?

As someone who grew up in New Orleans and a longtime friend of the Rau family, I was assigned to make the contact with Bill Rau, CEO and president of M.S. Rau, who represents the third-generation owner of the business. Bill Rau’s daughter, Rebecca, is the fourth generation in the business. I knew that all the Rau women, including Bill’s mother and grandmother, were Life Members of Hadassah.

When I spoke to Bill about our idea, he quickly responded that he would be happy to do it. We picked a date that worked for everyone (September 8th) and moved forward. The team at M.S Rau was prepared to host a webinar, which is something they do to perfection. This allowed an unlimited number to view the fascinating presentation, and it was recorded.

Harriet Hillson, the incoming president of the New Orleans chapter, and our communications and publicity teams of Hadassah Birmingham and New Orleans went to work. Fortuitously, as we rolled out publicity, M.S. Rau’s newly renovated jewelry gallery was named “America’s Coolest Jewelry Store for 2022” by INSTORE magazine.

Locally, we promoted to temples, synagogues and Hadassah members. Regionally, Southern Jewish Life picked up the story and we promoted it to Hadassah’s Southern Region and the SuperSouth geo-regions. Annette Rau, Bill’s cousin, made sure we got promotion in Atlanta, where she now lives. We promoted the program on the Hadassah chapters’ Facebook page which is open to local chapters throughout the country.

The program was free, although donations were encouraged, and Hadassah received nearly $1,000 in donations. With Bill Rau’s extensive knowledge of gems and the history of Jewish gemologists, and a sparkling presentation that included photos and videos, the program was a hit!

The one-hour presentation focused on M.S. Rau’s jewelry collection, but also highlighted two paintings that have ties to Jewish culture. Using a delightful conversational style, Bill Rau gave history and cultural comments as he discussed several incredible pieces. He also explained why and how Jews got into the jewelry trade.

When Jews were expelled from Spain during the Inquisition in the late 15th century, they traveled throughout the Middle East, northern Africa, India, and Burma (now Myanmar), said Rau, where there were fewer restrictions regarding which trades Jews could enter, including money lending and gemstone cutting. So Jews began dealing in gemstones, transferring the precious merchandise from one to another to European royalty, and then transferring back European money as payment.

“The Jews who were expelled from Spain knew each other and trusted each other,” Rau said. “There was nobody out there better than the Jews because they knew each other.”

In discussing ruby mining in Myanmar (Burma), Rau commented about the hazardous, labor-intensive endeavor. “It’s not what I’d call a Jewish mother’s ideal job for her child,” he said.

Through the Q&A feature in Zoom, the presentation became interactive, with Rau answering questions from participants.

This easily could be a Hadassah@Home program, with a re-broadcast of Bill Rau’s excellent talk, or other chapters might consider using the recorded talk as the basis of a program in their own communities since M.S. Rau is a highly regarded international jewelry and antiques dealer.

As the COVID pandemic unfolded, Hadassah New Orleans, at times in partnership with other Jewish organizations, has distinguished itself with creative online programming. Offerings have ranged from book discussions to women’s issues, to the Israeli-Palestinian tragedy through the eyes of parents on both sides, to the impact of Jews on music, to “Mask-erade,” an award-winning online fundraising initiative that was honored by Hadassah nationally.

It’s been an adventure. I love brainstorming and producing ideas, plus our leadership wanted to get more Hadassah members involved, which certainly has happened through online programming.

About the Author
Briann Shear, a Life Member of Hadassah, has served as President of the Hadassah New Orleans Chapter from 2020 – 2022. She has been pleased to fill many roles and worked at many jobs throughout her 72 years of life. Each has taught her things and to each she brings the sum of her experience. Among Briann’s roles: daughter, wife, mother, grandmother, sister, dog mom, friend, artist, children’s art teacher, realtor, graphic designer, university-level associate professor of graphic design, jewelry designer, business owner, and curator of family histories. In 2022 she facilitated a reunion of 135 members of the extended Samuelson family, which included a special tour of the Museum of the Southern Jewish Experience in New Orleans. There were family members from 14 states, ranging in age from 10 months to 92 years. All the things Briann has done have made her life richer and more meaningful. She continues to live and learn.
Related Topics
Related Posts