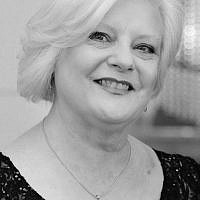 The Blogs
Fran Simon
Communications Chair, Hadassah New Orleans
Apply for a Blog
Advertisement
Please note that the posts on The Blogs are contributed by third parties. The opinions, facts and any media content in them are presented solely by the authors, and neither The Times of Israel nor its partners assume any responsibility for them. Please contact us in case of abuse. In case of abuse,
Report this post. 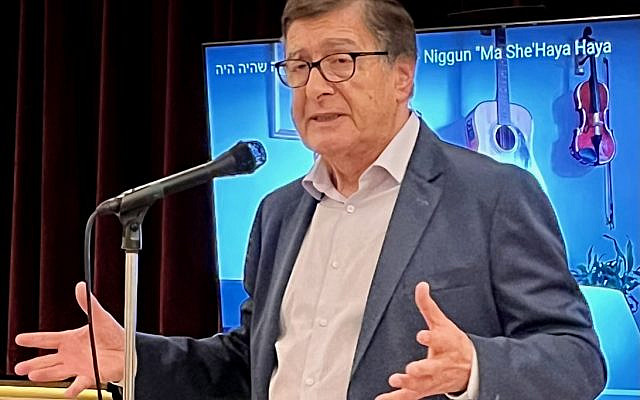 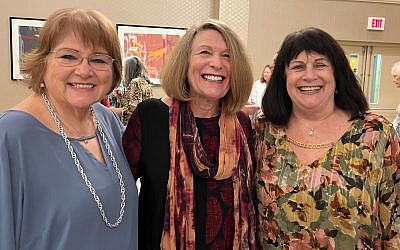 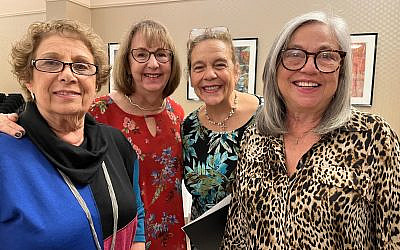 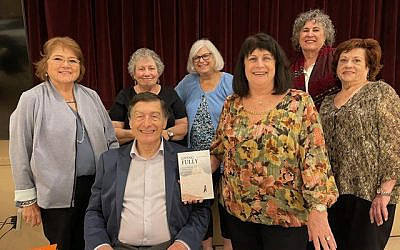 Fifty yearning souls, myself among them, entered Shir Chadash Conservative Congregation in Metairie, LA. Hadassah New Orleans was welcoming Rabbi Daniel Kripper from New England, where he lives and works. We arrived for a six-hour workshop called Living Fully, on Sunday, December 4th; typically, I would have been readying myself for the coming week by planning meals and cooking ahead.

The workshop marked what Hadassah New Orleans President Briann Shear called the first live, in-person program of her almost three-year term, due to the long lock-in and zooming due to COVID. What I and the other souls who are interested in living a happier, more fulfilling life found was an enriching workshop along with a delicious lunch of salads, lasagna, roasted vegetables and sweets, and the company of others who long for more spiritual enrichment in their lives.

The event marked the debut of the English language version of Rabbi Kripper’s book, Living Fully: Keys to Spiritual Growth and Happiness, a collaboration between Hadassah New Orleans and the author. Rabbi Kripper, who is donating the proceeds of this version of his book to Hadassah, noted that the original title in Spanish translates as Living a Life of Greatness.

At the outset of the workshop, Rabbi Kripper defined what he means by a life of greatness. “You deserve it,” he said. “Each person, no matter your personal circumstances. You don’t have to receive an Oscar or solve climate change. Everyone can obtain greatness in their personal life.”

On the topic of fear, Rabbi Kripper explained, “It’s impossible to become fearless — everybody has this feeling at some point, and it aids human survival. So, it’s not to learn how to suppress or eliminate fear, but how to manage it.”

He cited Reb Nachman of Breslov who taught that life is like a very narrow bridge, and the most important thing is to go through it without being paralyzed by fear. “What would you do differently, if you could shift from a place of fear to a place of trust and passion?” Rabbi Kripper asked the workshop participants. He counseled, “Don’t let our fear kill our dreams.”

The workshop offered time for attendees to reflect and share their thoughts. Several people spoke throughout the interactive workshop. Briann Shear said a psychologist told her, when faced with a big decision, “The dragon guards the treasure.”

Rabbi Kripper offered affirmations as an antidote to fear and a way to move toward gratefulness and contentedness such as:

“Repeat the affirmation as a mantra, over and over, until it’s internalized in your animus or spirit,” guided Rabbi Kripper, who has had an extensive career, including studies in sociology and social psychology. He was a professor and dean at the Rabbinical Seminary in Buenos Aires and has served as a rabbi for congregations in Brazil, Argentina, Uruguay, Aruba and the United States.

The new English version of Living Fully is full of stories from Jewish philosophy and great Jewish thinkers, as well as other traditions, and guided by modern positive psychology. The book would make a thoughtful gift for people of all ages, while supporting Hadassah. This book can be ordered on Amazon for $18 at: https://tinyurl.com/yaf8f2y2.

The workshop was sponsored by Hadassah New Orleans, the Jewish Federation of Greater New Orleans, Shir Chadash, the Shir Chadash Sisterhood, and many individual donors. I think it was a worthwhile investment in the wellbeing of the New Orleans area Jewish community.

About the Author
Fran Simon is a board member of Hadassah New Orleans where she resides and also serves on the board of L’Union Française. Prior to retiring in 2016, Fran was a public relations professional at Tulane University for 25 years, where she last served as managing editor of the university’s award-winning online daily news. With a love of lifelong learning, she earned a Master of Liberal Arts degree from Tulane in 2021, with particular emphasis in Francophone studies and Medieval Studies. In addition to studying French at Tulane University, L’Union Française, and Alliance Française, Fran studied French during two month-long immersion programs at L’Institut de Français in Villefranche-sur-Mer, Provence, earning a certificate for meritorious pursuit of French at the Advanced level. Fran has tried studying Hebrew, but she finds it very challenging!
Related Topics
Related Posts
Fran Simon