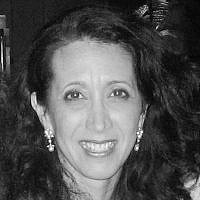 The Blogs
Tamar Sadeh
Apply for a Blog
Advertisement
Please note that the posts on The Blogs are contributed by third parties. The opinions, facts and any media content in them are presented solely by the authors, and neither The Times of Israel nor its partners assume any responsibility for them. Please contact us in case of abuse. In case of abuse,
Report this post. 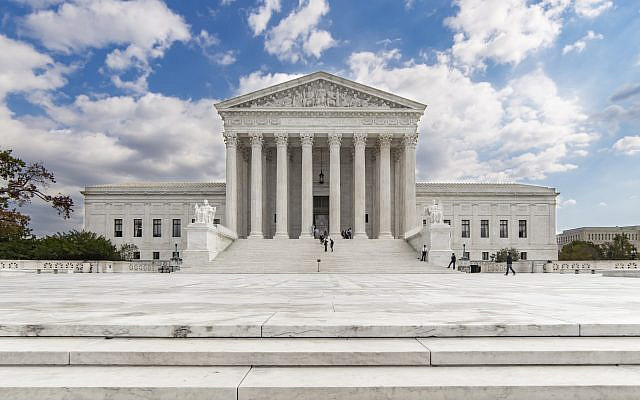 What do protecting women’s health autonomy, supporting separation of religion and state, and countering antisemitism in the United States have in common? They impact our rights, values, and identities as American Jewish Zionist women. And importantly, they can help us build connections and understanding in an era of division among those with diverse backgrounds but common concerns.

As the proud daughter and granddaughter of Holocaust survivors and founders of Nahariya, Israel, and as an American attorney, for nearly 25 years I have helped to lead Hadassah’s legal advocacy in U.S. Courts on vital issues for Jews and women.

In 1998, I started the Hadassah Amicus Brief Program, which since then has expanded in size, scope, and impact. This is a flagship program of Hadassah’s thousands-strong National Attorneys and Judges Council, which I co-chair.

Over one hundred volunteer member attorneys and judges nationwide – with political views ranging from the left to the right, and a wide array of Jewish observance and practice – enable Hadassah to advocate for a multitude of human and civil rights by joining coalition amicus curiae briefs in significant legal cases. These “friend of the court” briefs are submitted by those with insight and interest in a case. In amicus briefs Hadassah voices support for legal arguments to safeguard the rights and improve the lives of Jews and women in the United States.

It is empowering and uplifting – especially in our polarized times – to bring together a diverse group of attorneys and judges for crucial advocacy. And as the largest Jewish women’s organization in the United States, able to provide the perspective of Jewish Zionist women nationwide, Hadassah’s participation in amicus briefs is sought after by our diverse coalition partners – women’s, Jewish, and civil and human rights organizations. In joining these coalition amicus briefs, we forge crucial connections and understanding with our partners.

While known for health care initiatives in Israel since 1912, Hadassah also has a history of supporting important rights and interests of American women and the American Jewish community. Our amicus brief advocacy is a critical tool in achieving this goal. Hadassah joins amicus briefs based on its policy statements, which describe the organization’s official positions on crucial issues. These statements are debated and voted on by Hadassah delegates from across the nation and subsequently adopted by the National Board of Directors.

Hadassah has joined over 150 coalition amicus briefs in the United States Supreme Court and in federal and state appellate courts. The first amicus brief Hadassah signed on to was in a case calling for the denaturalization of a concentration camp guard; the Supreme Court ruled that any person who participated in the Holocaust is permanently barred from obtaining American citizenship. See Fedorenko v. United States, 449 U.S. 490 (1981).

Among the amicus briefs Hadassah recently joined were those in cases addressing women’s health autonomy, separating religion and state, and countering antisemitism.

In the area of religious freedom, Hadassah recently joined an amicus brief in an appellate court case challenging public Christian prayer services at public school sporting events. On January 14, the Supreme Court granted review of the appellate court’s decision that a football coach praying with students midfield was unconstitutional. Hadassah supports the separation of religion and state as crucial to preserving and protecting the religious liberties of all Americans – and especially of religious minorities. See Kennedy v. Bremerton School District, 991 F.3d 1004 (9th Cir. 2021). Read the amicus brief here.

This past year Hadassah signed on to an amicus brief asking the Supreme Court to grant review of an appellate court decision in a case regarding whether knowingly transferring substantial funds to a designated foreign terrorist organization aids and abets terrorist acts for purposes of civil liability under U.S. anti-terrorism laws; plaintiffs were families of dozens of American victims of Hamas terrorist attacks. Hadassah believes the fight against terrorism should include judicial efforts to compensate victims of terrorist attacks by holding terrorist organizations and those who aid and abet them accountable, thereby deterring future terrorism. See Weiss v. National Westminster Bank, PLC (U.S. 21-381, argument date not set yet). Read the amicus brief here.

Our diverse membership and coalitions enhance the strength of our legal advocacy, and our work to safeguard the rights and interests of Jews and of women attracts new volunteers and partners each year. Through our advocacy in the courts, Hadassah women will continue to be a strong, positive, and hopeful voice.

About the Author
Tamar was born in Israel and is the daughter and granddaughter of survivors of the Holocaust and founders of Nahariya, Israel. Tamar graduated from Yale University and New York University School of Law. She started Hadassah's Amicus Brief Program and is Co-Chair of Hadassah's National Attorneys and Judges Council. Tamar is a member of the Board of Trustees of the Joseph Slifka Center for Jewish Life at Yale, the Westchester/Fairfield Region of the American Jewish Committee, and the Holocaust & Human Rights Education Center, where she is a member of the speakers bureau of descendants of Holocaust survivors. She has two children: Danielle and William. The views expressed in Tamar’s blogs are her own and do not represent the organizations with which she is affiliated.
Related Topics
Related Posts
Comments