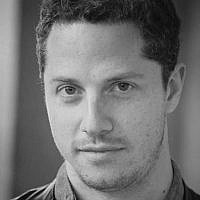 Gratitude is an art which we ought to cultivate. When asked what we are thankful for, our answers tend to be clumsy, cliché, and overgeneralized. If thankfulness were a musical instrument, our song would sound like “Chopsticks.” One common answer as to what one is most thankful for is: “My health.” While it is a step forward to be appreciative of one’s overall health, imagine if, instead, the answer came out as: “I am thankful that I can swallow without pain, that my body is cool rather than sweating from fever, that my eyelids seamlessly open and close, that I can go for a stroll and enjoy the sun streams as they land on my face.” Another common answer is: “My safety.” While this is a fine sentiment, its generality and vagueness benumb its impact. Better would be to answer: “I am grateful for running (hot) water, for an uncorrupt police force, for a roof and walls to protect me from the elements, and for a democratic government which ensures my basic human rights.” Now the song sounds less like “Chopsticks” and more like “Moonlight Sonata,” although we are still far from the Waldstein.

When it comes to ruing, regretting, complaining, cursing, we are far more adept. We can elegantly capture our gripes with Chopin’s finesse. Even something as minor as oversalted food, a sunburn, a tummy ache, a wine stain, or an unanswered text message can drive us up a tree. One character from German literature who was particularly accomplished at complaining was Goethe’s Faust. At the outset of the play, we may best describe Faust as a bitter, middle-aged man, who seems older because of how embittered he has become. Outwardly, however, he has little to complain about. He is extremely well-educated, has a secure job as a professor, is in good health, and is worshiped by his students. Nevertheless, he is deeply unhappy. In one poignant scene, Faust, in a monologue better described as a rant, curses his life down to the most minute aspects. Faust says:

Cursed be the high opinion which one holds of oneself

Cursed be the blinding of appearances, which presses on our senses!

Cursed is that which deceives us in dreams, of achieving fame, of having a legacy!

Cursed be that which flatters us merely because possess it

Be it wife or child, servant or plough!

Cursed be the God of Money,

if he inspires us to bold deeds with his treasures

While he’s at idle amusement, preparing our coffin for us!

Cursed be on the balsamic juice of grapes!

Curse that supreme grace of love!

Cursed is hope! Cursed is faith,

And cursed be patience, most of all!

With this monologue, Faust partakes in what is the antithesis of being thankful: complaining. Indeed, the opposite of thanking is cursing. Ironically, in this soliloquy, Faust even curses those things which we normally count as blessings: love, hope, faith, even patience. Faust, in his cleverness, has figured out a way to purge gratitude from his life in favor of an all-encompassing cynicism.

In the haftarah for the Torah reading of Ha’azinu, we read from the Second Book of Samuel. In this passage, King David expresses the utmost gratitude to HaShem. David’s words are clearly inspired by the military victory he has won over the previous king, Saul, as well as over David’s numerous enemies. Thus David begins the passage with the words: “And David spoke to Hashem the words of this song, on the day that Hashem saved him from the hand of his enemies and from the hand of Saul. And he said: ‘Hashem is my rock and my fortress and my rescuer. Hashem is my boulder under whom I take cover; He is my shield and the horn of my salvation, my support and my refuge who saves me from violence’” (II Sam. 22:1-3). With these verses, we notice how King David seeks to find multiple ways to depict Hashem in order to cover the various reasons as to why David is grateful to Him. Hashem is not just a rock (selah), but he is also a flint or even a boulder (tzor). He is not just a fortress (metzahdah), but also a refuge (manoos). David, in short, is not content with just thanking Hashem for “his health”; he wants to contemplate what “health” is really comprised of and to then dive deep into all of its subcategories.

In the Amidah prayer, Hashem is similarly described as four different “characters.” He is king (melech), helper (ozer), rescuer (mashiah), and shield (magen). The reason for this categorization is to comprehend the various ways in which we might be thankful for how Hashem has been good to us. The kabbalist Aryeh Kaplan explains these four roles as follows: “In the four words ‘King, Helper, Rescuer, and Shield,’ we become more and more aware of Hashem’s closeness. First we see Him as a benevolent but distant king, then as a willing helper, then as a nearby rescuer, and finally, as an immanent shield. In these four words, we make the transition from viewing Hashem as a remote transcendental force to seeing Him as a protector who is closer than the air around us.”

These four beings of Hashem listed in the Amidah prayer can allow us to enrich our sense of gratitude, adding greater sophistication and nuance to it in the tradition of King David. If we recognize Hashem as king, we may be thankful simply for the miracle of creation itself. Staying with the subject of health, we might just admire that we have a heart which pumps gallons of blood through our body every day and will presumably continue to do so for years or decades to come. Helper is to be grateful for something which might seem trivial—something we would never admit to being thankful for at a Thanksgiving party because it would be too trifling and thereby almost cheeky. Here, one could be thankful that one managed to find five minutes in the afternoon to take a short nap. In this sense, we are not being rescued or shielded but just thrown a miniscule favor. Thanks, God, we might think. Thanks for the catnap. Because we recognize that even though this nap happened, it could have just as easily not have happened—if, say, someone were to have called us on the phone just as we were nodding off. Rescuer applies to a lifechanging moment in our pasts, in which, somehow, the universe saved us from peril—perhaps a successful surgery, or a recovery from a disease, or even a new diet. Shield, finally, is where we give thanks for some undying source of comfort and solace. With health, it might be the awareness that modern medicine can treat—fully or partially—nearly any ailment which may, God forbid, befall us. These are just four of infinite examples. Before I eat breakfast and/or when I say the Amidah prayer, I attempt to name what is my King, Helper, Rescuer, and Shield, sometimes finding new ones, other times staying with those I’ve identified in the past.

Faust was, however, an atheist. Therefore, one might expect him to reject the Amidah prayer, and David’s poem, and the four godly characters, because, if there is no god, then there is no one to whom we can or should be grateful. In the Faust play, both God and the Devil, named Mephistopheles, are characters. Ironically, Faust does not believe in God and yet has little trouble believing in Mephistopheles (indeed, the two are largely inseparable throughout the epic work). During Faust’s tirade, he curses all facets of the universe. Yet, paradoxically, in so heavily investing in forces outside of his control—in Faust’s case, negative forces—he is tacitly admitting that he does believe in what we might call a “higher power.” The only difference is that, for Faust, the higher power is designed to screw him over. Faust does seem to believe in king, helper, rescuer, and shield, but in an inverse manifestation of them—however that may play out. Put another way, if he were really an atheist, he would arguably not be so fascinated by what he perceives to be the universe’s cruelty. Goethe emphasizes this irony by casting both God and the Devil in his play, in which God hangs in the background and the Devil cohorts with Faust. Through this depiction, Goethe seems to suggest that, when one believes in the Devil, one by default must also acknowledge God. And along the same lines, when one complains and gripes at the injustice of the universe, one tacitly admits the existence of complaining’s mirror image: gratitude. In short, it is somewhat irrelevant whether one believes in Hashem, or if one would rather send his thanksgiving to either another recipient or to none at all. For if we know how to complain—and that is all of us—and if we know how to complain with passion—and that is still all of us—then we need only slightly tweak our words and our outlook to begin to echo the poetry of King David.

Another rendition of this article can be heard on my podcast The Schrift: Ancient Jewish Wisdom for Modern Times, available on Spotify and Apple Podcasts.

About the Author
Steven Weinberg is a PhD student at Rutgers University in the German Department. His dissertation is on Franz Kafka and the Kabbalah. He grew up in Philadelphia, but moved to Israel in his late twenties, where he studied literature at Ben-Gurion University. Currently, Steven lives in Berlin, but travels to Israel and America as often as he can. His blog is based off his podcast, The Schrift, a weekly lecture series on Torah, German literature, and meditation. The Schrift is available on Apple and Spotify platforms.
Related Topics
Related Posts