Thanksgiving is my favorite Jewish holiday.

If it were up to Benjamin Franklin, the United States would be a Hebrew-speaking country and the turkey it’s national symbol. The Thanksgiving tradition actually goes back to the early 17th century.

Many writers trace the roots of Thanksgiving to the early Puritans who brought a knowledge of Jewish Scripture to their settlements on the West Bank of the Atlantic and were inspired by the autumn festival of Sukkot to celebrate their abundant harvests.

I prefer the comparison to Passover, a time to give thanks for freedom. It reminds me to be grateful as a second generation American that all of my grandparents and my children’s and grandchildren’s ancestors emigrated to the Golden Medina, the land of opportunity where they could live free and prosper.

In our families they came before the Shoa, fleeing the brutality of the tzars and assorted despots.  They often were forced to flee (thankfully, in retrospect) and survived considerable hardships in their journey.

I am eternally thankful that they had the foresight to come here, to raise their families. I’m grateful that they made the sacrifices to raise and educate our generation so that we have a better – very much better – life than the generation of immigrants could have imagined.

The phrase, “live long and prosper,” was popularized by a Boston-born son of Jewish immigrants from Ukraine who pronounced it while giving the priestly hand symbol representing the Hebrew letter “shin,” which is found inscribed on mezuzot. The actor, Star Trek’s Leonard Nimoy, said he learned the sign and the prayer in synagogue and adapted his famous greeting from the Priestly Blessing.

America is the real promised land, a place of opportunity and freedom.  For all its flaws, it is still far better than every other place.

For Jews, who treasure religious freedom, there is no nation on earth, including Israel, where Jews are as free to practice their religion as they see fit and not suffer the dictates of an ultra-religious, government sanctioned, often corrupt, autocratic religious establishment.

But lest we get too comfortable, Vice President Kamela Harris pointed out in a recent speech to the ADL, “The Jewish-American  community is facing an alarming rise in hate-crimes.”  Assault, harassment and vandalism against Jews is at near-historic levels, ADL reported. It comes particularly from the xenophobic white supremacists on the far right, but the far left also has its share of hate mongers.

America’s separation of religion and state is under increased assault from far-right groups declaring they want a white Christian country.  A former top White House official is an outspoken leader of a movement that wants to formalize that exclusionary view.  The Constitutional wall of separation they want to tear down has made it possible for Jews to fully function as citizens.  A symbol of that is on the doorpost of the Vice President of the United States.  Second Gentleman Douglas Emhoff, the Jewish husband of the vice president, tweeted recently about the moment he was most grateful for this year:

“For us, and for everyone, Thanksgiving is a time for reflection on the past year. One of my favorite memories was when our family visited and together we hung a mezuzah on the front door of the Vice President’s Residence.”

Dozens of Members of the House and Senate have been putting mezuzot on Congressional doors for many years.

Thanksgiving, like nearly all Jewish celebrations is marked by an abundance of food and a gathering of family (even Yom Kippur after the shofar is sounded).

This year Chanukah and Thanksgiving share a long weekend that some have called it Thanksgivukah.  Our family has celebrated the two holidays close together for many years because we gather from distant places and it is a good time to bring everyone together.  After all, both holidays celebrate freedom. It is a good time to give thanks for all our blessings. 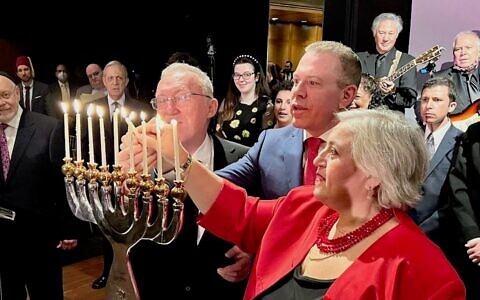 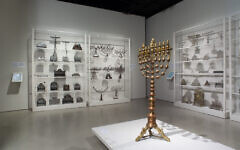 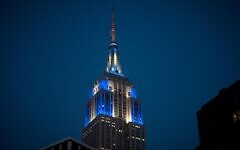 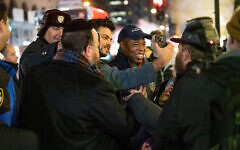