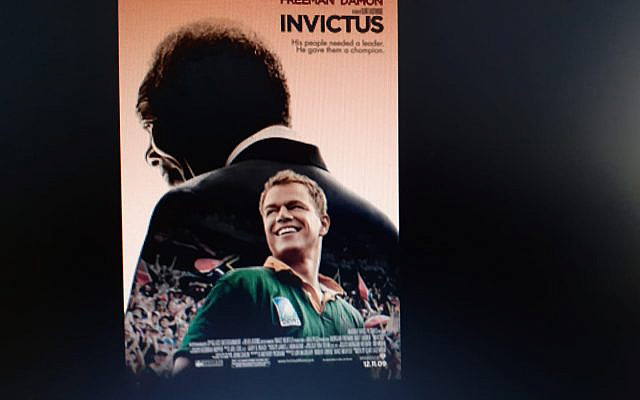 After spending 27 years in prison, Nelson Mandela left his hatred and bitterness behind to become South Africa's first Black President. He played a giant role in unifying the country which resulted in South Africa's major upset over powerhouse New Zealand. The movie Invictus tells this story and allows the audience another look at Apartheid not often seen by viewers. Poster design by The Cimarron Group - Fair Use

No One Has Any Right To Accuse Israel Of Apartheid

Unless you totally understand what the full meaning of Apartheid really is, you have no right to accuse Israel of practicing this shameful part of South Africa’s history. My family has lived in Israel for nearly 25 years and nothing that happens in Israel today comes even close to what I witnessed in South Africa during those Apartheid years we lived there.

Instead, please focus on Hamas and how it treats its fellow Palestinians. It does not take a genius to conclude that Hamas is and will forever be guilty of treating its people in a similar way that the White ruled South African Government did to its Black population during those Apartheid years.

I witnessed Apartheid. And I saw daily what shameful treatment the white-ruled South African Government did to its black citizens. I did not think it was right, but I also could not demand from my wife that we suddenly pack up and leave. Especially since we received a tremendous amount of help from the Johannesburg Jewish community. Add to that all the support from Leah’s family as our family grew, and those were major considerations behind my decision to remain in Johannesburg.

The accompanying video gives a good idea of the challenges Nelson Mandela faced after his release from prison. It is important you see for yourselves what the term Apartheid really meant. Once you have seen this video then I want to make a few more personal observations you may not be aware of-

Treatment Of The Blacks In The South African Jewish Community

When I was newly married, we had a Black maid working for us who lived on the premises with her husband and daughter. She would often play with our children. Our maid’s husband would leave on his bicycle early in the morning to go to his job elsewhere in the city and return at night. He would help us in the garden during his free time.

We would go to the store to buy our maid’s family’s necessities and we paid for her utilities. Of course, the maid did not have to pay for her accommodation. Her living quarters were small but under Apartheid, Blacks were not allowed to live in white areas. Therefore, the Government had no choice but to allow blacks who were working in white areas to stay with their employers. That explains why all homes had separate living quarters for maids.

There was one exception, and that is when the electricity would go off or a light we needed was not put on before Shabbat or the Jewish Holidays. Then it was very convenient to just give our maid a hint and she knew exactly what to do.

In other words, we treated our maid with the greatest respect and regarded her family as part of ours. And this resulted in her being extra careful while looking after our children when my wife and I wanted to go out at night. We knew we could leave our children with the maid because she loved every one of them.

In December, businesses shut down and that is when maids have a chance to spend time with their families. The reason they came to South Africa to work in the first place is because there is no work for them in the many surrounding poor African countries, so a portion of their salaries were saved to take back to hand over to their families. Those modest savings helped to sustain her family while the maid was away.

The fact was the Arabs of Gaza were employed by the Jewish farmers and had an income to provide for their Arab families and relatives. Those Arab workers did not want their Jewish employers to leave.

As I previously pointed out, the Jews employed the Arabs of Gaza. But once Hamas took over then those Arabs had to look elsewhere for employment. And with the rioting between Jews and Arabs in many Israeli cities that resulted from the recent Gaza Rocket attacks by Hamas, most of those Arabs that previously worked for Israeli employers probably will not be welcomed back.

Because Hamas continues to refuse Israel’s right to exist and is spending its funds on weapons to destroy Israel, the blame for the current situation that exists in Gaza lies squarely on the shoulders of Hamas.