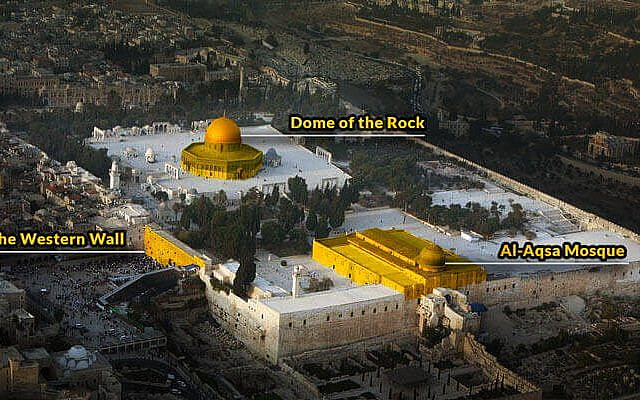 I ended my opinion piece last week with “Hamas will declare victory when this latest round of fighting is finally over – they always do”.

And surprise, surprise, they declared “victory”. Despite losing at least 200 of their sworn loyal fighters, command centres, attack tunnels destroyed and severe damage to their “underground metro” system, they claim victory.

The conflict ended last Friday, or perhaps a more appropriate way of putting it, Hamas took a “break” while they re-group, re-train and rebuild their arsenal of weapons, until the next round.

We know there will be another round, because Mark Stone of Sky News managed to get an exclusive interview with co-founder and senior leader of Hamas, Mahmoud Zahar.

Conducted in English, it was quite revealing, in case anyone still believes, naively, Palestinian Hamas could live side by side alongside Israel, “if only Israel withdraws from occupied territory”.

Stone also asked about the firing of “rockets and missiles from civilian areas here in Gaza at civilians in Israel – that’s not acceptable is it, that’s a war crime”, he said.

Zahar insisted “No single rockets were sent from a civilian area, most of the rockets from the border”.

But Stone replied, “But that’s not true though is it” and challenged him with video of rockets bring fired “from within the built-up areas of Gaza City at Israeli communities”.

So let there be no doubt in May 2021, the Hamas policy remains to kill every single person in Israel and this should be no surprise to many of us.

But what makes this conflict different from previous wars with Gaza, is by using the Al-Aqsa Mosque to incite violence, Hamas has galvanised young Muslims across the western world.

In the last two weeks in Britain, multiple protests have been held at which far-right figures have been identified standing alongside hard-left members and many Islamists.

We have seen protesters chanting the battle cry, “Jews….the army of Muhammed is returning”, whilst flaunting the emblems of Hamas, Islamic Jihad and Hizb ut-Tahrir.

We witnessed a police officer chanting “Free, Free Palestine” whilst hugging people at one of these anti-Semitic marches. Another officer shook hands with and encouraged the driver of a “Free Palestine” convoy.

Elsewhere driving along the A41 Finchley Road, a “Free Palestine” convoy headed to central London from the M1 motorway through the Jewish neighbourhood, while some of its members on loudspeakers shouted “F*** the Jews…rape their daughters”.

The Campaign Against Anti-Semitism said that police were warned a week before, that a convoy was planned, but did nothing. That is until videos began circulating and a huge public outcry was heard on social media. Only then did police dispatch a helicopter after the Prime Minister and Home Secretary demanded action.

Antisemitism on campuses has culminated in many death threats and physical assaults at Jewish students, despite the International Definition of Antisemitism charter.

The brutal beating of a Rabbi in Essex, car ramming’s of Jewish drivers, metal objects thrown at pedestrians, the tearing down of mezuzot from doorposts of Jewish homes in Borehamwood, Jewish shoppers, including outside Kosher Kingdom in Golders Green, being harassed and abused…

The list goes on and on and we haven’t even dealt with the hostile signs on the doors of homes in Stamford Hill.

Multiple anti-Semitic crimes have also been committed in Manchester, some of which have not yet been made public.

Social media has raised its previous levels of “cesspit” status, including a high level of death threats towards myself. Last week, a Holocaust survivor was bombarded with praise for Hitler on TikTok after wishing followers a “lovely, peaceful weekend”.

But one of the most disturbing incidents occurred on Tuesday morning when a woman visited the Royal Free hospital in Hampstead for a blood test.

The nurse who called her in by name, was wearing two badges on her jacket: A Palestinian flag and another read, “Stop murdering our children”.

The lady who at this stage wishes to remain anonymous, returned to the reception desk and explained, she felt uncomfortable with this particular nurse and her badges and asked for someone else.

The receptionist was extremely sympathetic and called another nurse, who took the lady’s blood. On her way out, the pro-Palestinian NHS worker said, “Excuse me” and the lady turned around.

According to the witness, the nurse winked at her and then with her forefinger, ran it across her throat. She then turned away and began to laugh.

The out-patient insists, she never indicated she was Jewish or pro-Israel. However, feeling shaken, she reported the incident to the hospital management, who then asked the nurse to remove her badges.

Anti-Semitism has not suddenly appeared again. It has been on our streets, in our schools and campuses and on social media networks for a long time. But these past two weeks have been exceptional.

As Hamas continues its hateful rhetoric using Jerusalem as fuel and support for Hamas in the West Bank grows hugely, the British police have to step up.

In the words of the CAA, it’s not enough that the police investigate and make arrests. The Crown Prosecution Services must recognise criminal offences are being committed and action has to be taken. If not, the CAA will bring private prosecutions against these people.