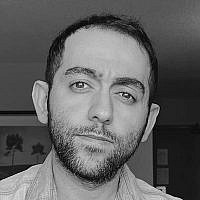 The Blogs
Ilan Jacobs
Apply for a Blog
Please note that the posts on The Blogs are contributed by third parties. The opinions, facts and any media content in them are presented solely by the authors, and neither The Times of Israel nor its partners assume any responsibility for them. Please contact us in case of abuse. In case of abuse,
Report this post. 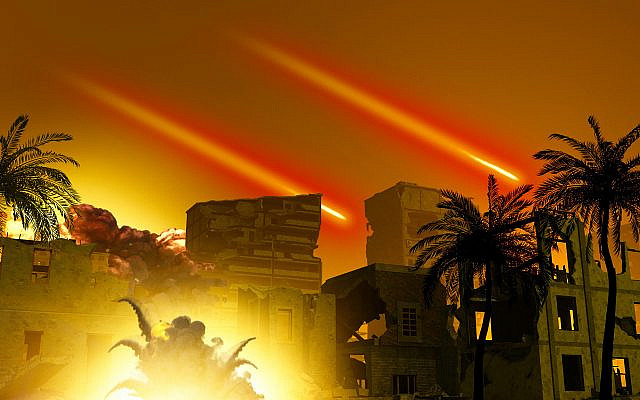 As the son of two Palestinian parents, who freely converted into Judaism, these past few days have been quite an interesting time to reflect upon what with a high degree of uncertainty in the air with turmoil, havoc, and war occurring in Israel and the surrounding regions. Headlines, news articles, and opinions littering nearly every major news station worldwide. Bias from the left-wing, bias from the right-wing, bias from nearly every part of the bird. Despite the last bit of time being a time of celebration and joyous occasion, it was difficult to pull into the depth, the blueprint if you will, of Shavuot. We are to be celebrating the completion of counting the Omer, the receiving of the Torah, and remembering the story of Ruth.

Surely most converts to Judaism at some point in their lives have related, on some level, to this biblical figure – I know I have to an extent, despite clear family surnames indicating a history in Judaism. Having converted into Judaism from a rather unique background, experiencing Shavuot this year, I can safely say I felt a level of frustration I have never felt before.

Outside, in the all-too-humid weather, with a government-mandated COVID quota of just enough people to form a minyan – we celebrated Shavuot. And despite being just adjacent to the empty parking lot, save an on-patrol police vehicle guarding the premise, we celebrated.

After the first day of Shavuot, just after the completion of the service, I was asked by a fellow Jew if I had any family in Gaza, and if I was worried. I told him straightforward, I do not know if I have any family there nor did it formulate my thoughts on the matter.

In response to if I was worried, I didn’t know how to respond, and I let him speak instead. He brought up an excellent point on the state of turmoil for the Palestinian people. He brought up the current, fundamental issue that consistently rears its ugly head. He brought up Hamas, the cancer of modern and democratic values.

The problem with Hamas, putting aside the issue that it even exists, isn’t that they pose a threat in any measurable physical capacity. No. It’s that they are a threat in their attempts to represent a group of people, the unknown number of Palestinians who do not want them to speak for them and are afraid to act in opposition to their “ideals”, under its claws. It’s that they represent a threat on an international level in Israel’s right to protect itself. It’s that they represent a threat to freedom for people who do not wish to be ruled under their tyranny. This isn’t about an organization having the right to defend itself in just cause, nor about the liberty to practice freedom of religion, expression, etc. The thematic representation of Hamas has been the utilization of underlying hate, and frustration to current affairs, fueled by religious extremism, to achieve the borders of 1967, among some other expectations which do not run parallel with present-day reality. In its efforts to achieve this, it has incorporated these “ideals” and “morals” into children from their inception, into their education,  and their religious beliefs. Hamas states in their very charter, in article 7 states:

“The Day of Judgement will not come until Muslims fight the Jews when the Jew will hide behind stones and trees. The stones and trees will say O Muslims, O Abdullah, there is a Jew behind me, come and kill him. Only the Gharkad tree (evidently a certain kind of tree), would not do that because it is one of the trees of the Jews.”

This way of thinking has had no place in the past, no place today, and will assuredly have no place in the future. Today, Hamas claims that Israel is causing them oppression, and yet it is evident that Hamas is oppressing themselves. What is any self-respecting country to do when you attempt to shoot rockets into places of civilian residency? Yet, even after a handful of lives had been lost, they continue to attempt to destroy their “oppressors” only to lose 10 more. The cycle continues until over 100 Palestinians are killed. I have to wonder what organization can claim they care about their people, and yet have no foresight to their incomprehensible actions. What organization can claim “victory” after losing so many human lives? Your victory is measured in efforts to strain relationships between surrounding Arab regions with Israel.

Let’s leave Israel alone for a moment for this argument. Let’s take a look at Syria, which has seen genocide committed en masse by their excuse of a President, Bashar al-Assad, including war crimes, and human rights crimes becoming the norm. Yes, these events did end up on the news to some capacity, but were they paraded around the news of the Arab world to nearly the same extent as Hamas? The same Hamas that extensively sees capital punishment in the Gaza Strip for “crimes” of homosexual activity, and “treason” for collaborating with Israel. Perhaps instead of focusing on the rubble on the grounds in Gaza, we should focus on the perpetrators of inhumanity, Hamas. Instead of focusing on a country’s right to protect itself from rockets being fired from the same organization that is looking for an opportunity to kill and hunt us down behind trees, we should focus on the mentality of this failure of an organization.

To be abundantly clear: Hamas does not want peace. Hamas does not want either the Palestinian people or Israelis to prosper but only wishes to succeed in self-sabotage in pursuit of a delusional outcome. Hamas wants the annihilation of Israel, and assuredly every Jew. Ample funding is funneled through to you, and you squander it in weaponry instead of efforts to build a step towards a better future for your children and their grandchildren.

Hamas, you are a cancer among your people and a cancer for any prospects of peace.

About the Author
Ilan M. Jacobs is a convert to Judaism, and son of 2 Palestinian parents. Ilan has completed his Honours Specialization in Kinesiology bachelors degree previously but is now simultaneously working for a humanitarian organization during the brunt of COVID, and finishing his medical studies abroad, Ilan has a fairly, not-so-linear, point of view on the circumstances that are affecting Israel and surrounding regions.
Related Topics
Related Posts
Comments