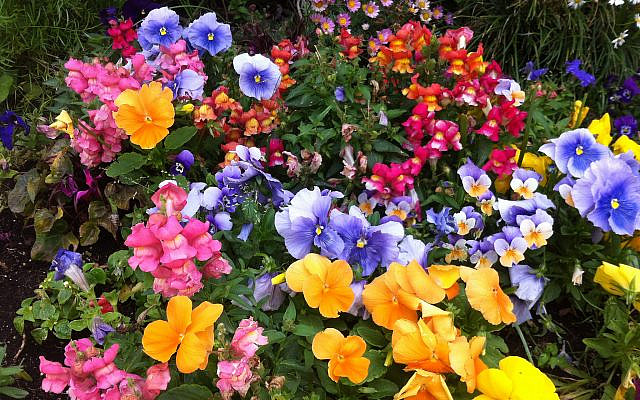 In Israel we are just beginning to feel the easing of the strict lockdown rules. At the recent very low-key Independence Day celebrations one of the individuals honoured with lighting one of the twelve flames which traditionally mark the opening of the day’s events declared how much she missed being able to see, hug and kiss her grandchildren. That must have triggered something in the national psyche, as not long afterwards the Prime Minister announced – as part of the easing of restrictions – that grandchildren will henceforth be able to visit their grandparents, though still keeping a safe distance. I doubt that any other national leader has included that particular facet of family life in their official announcements about relaxing coronavirus restrictions. Well done, popular entertainer Tzippi Shavit!

But in the interim, most of the population has had to tread a long and lonely road, staying as far away as possible from normal human contact. In other words, couples have been suddenly thrown back into one another’s company, after having become accustomed to a life of activity, whether together or individually, and the freedom to come and go more or less as and when they chose.

In my own case, blessed with a considerate mate and a spacious house, this has not proved to be a hardship. But this has not been the case for everyone. Families with small children in cramped flats have experienced great difficulties, and I don’t envy anyone in that situation.

Single people have also had to come to grips with even greater isolation – and loneliness – than before. This was brought home to me in a recent Zoom meeting of the group of Jerusalem residents who meet once a fortnight to converse in German, under the auspices of the association of former residents of Central Europe.

The fact that most of these – mainly retired – individuals could even contemplate a Zoom meeting is no small achievement in itself. It’s a sign of modern times that by now most people can cope with this aspect of technology. The meeting was initiated by one of the members (one of the few men), but only after over a month of lockdown. By contrast, the German language class I attend here in Mevasseret Zion started Zoom meetings almost as soon as the lockdown began – largely due to our energetic young teacher, who will stop at nothing to continue teaching her mature pupils.

In the Zoom meeting of the Jerusalem group each participant gave a brief account of how they had been spending the previous weeks. To my surprise, almost everyone had found the period positive, on the individual level and as a couple, finding that they enjoyed one another’s company and benefited from having time to relax, read, write, garden, listen to music or watch TV and films together. Only one woman who lives on her own complained that she found the period difficult and longed to resume attending concerts, lectures and other cultural events. I also miss concerts, but there’s no shortage of music on the radio, YouTube and TV.

This is no scientific study, but it seems only natural that people who have lived alongside one another for many years will have settled into some kind of modus vivendi, continuing to live in harmony, and even if circumstances change will manage somehow to adapt and benefit.

On a personal level, this quiet period has enabled me to concentrate on my various writing projects, and so I have managed to publish another novel (‘Friends, Neighbours, Traitors’) on Amazon. Hubby has been similarly engaged and has completed another learned article about the painter Caravaggio. Since his background is in the exact sciences it amazes me that he has made this switch to art history, becoming something of an expert in this field. We’ve even got used to being without any offspring for Friday night dinner. And of course, the garden got some attention too.

Provided we remain in reasonably good health, we will probably be able one day to look back at this period and see that it had benefits as well as drawbacks.