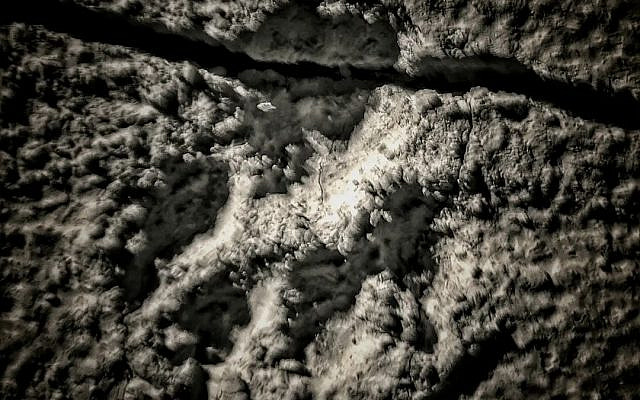 The late 15th century Italian scholar, Rabbi Shlomo of Urbino (a student of Rabbi Ovadia of Bartenura) writes in Ohel Moed (his lexicon of synonyms) that there are three terms for “hard” in the Hebrew Language: kashah, kashiach and perech. In fact, the Bible uses both the words kashah (Ex. 1:14, 6:9) and perech (Ex. 1:13, 1:14) to describe the “hard” work that the Jews enslaved in Egypt were expected to perform. The Haggadah Shel Pesach even defines avodah kashah as perech. Targum Onkelos (to Ex. 1:13-14, Lev. 25:53) similarly translates perech as kashyu — an Aramaic cognate of kashah. This suggests that those two terms are more or less equivalent. However, the essay before you seeks to explore the possible differences between the three terms in question by studying their respective etymologies and surveying how the words are used.

The Hebrew word kashah means “hard” in both senses of the English term hard. Meaning, it refers to both an object/item that is physically “hard” (i.e. something solid, stiff, rigid or inflexible) and an action which is “hard” (i.e. difficult, challenging, or tough) to do. In the context of the Exodus, G-d promises that He will “harden” (akasheh) Pharaoh’s heart, so that He will have a chance to perform many miracles in Egypt (Ex. 7:3). Most commentators explain that this refers to G-d empowering Pharaoh to continue in his obstinate refusal to release the Jews from bondage, such that he will remain unbudged by the various plagues destined to befall him and his people. This follows from the first meaning of kashah — something rigid or inflexible.

Rabbi Shimshon Raphael Hirsch (1808-1888) offers two fascinating insights into the root of the word kashah, based on the interchangeability of the letters KUF, YOD, and GIMMEL. Firstly, he notes that since KUF interchanges with YOD, the word kashah can be understood as related to the word yesh (“is” or “exists”). This is because from man’s perspective, the more tangible something is, the more “real” it is considered to be. As a result, the more “concrete” or “hard” an item is, the more its physical palpability lends it credence or realness in our eyes. Thus, the very word for “hard” is related to the word for “existence.” Secondly, Rabbi Hirsch notes that because KUF can be interchanged with GIMMEL, kashah is also related to gishah/gashash (“approaching”, “impacting”). This again flows from the notion that only an object described as kashah has a solid basis in our perception of reality. Because of that, most people only consider solid (i.e. “hard”) objects to be substantial enough to “approach” or even cause an “impact,” while less tangible things are considered non-existent. (Physicists, on the other hand, are well aware that stuff exists in the world that is not “hard” enough to be felt with the physical senses.)

With this in mind, we can understand why the Torah refers to the Golden Menorah (ritual candelabra) as made of a mikshah (Ex. 25:31, 37:22, Num. 8:4). G-d commanded to fashion that item from a single hunk of gold. This is because shaping out an object from a single hunk of metal results in a “harder” object than does pouring molten metal into a mold and shaping the item that way. Moreover, Rashi (to Ex. 25:31) explains that the Menorah was created by hitting the chunk of gold with a hammer until it was in the desired shape. Thus, the Menorah was banged into existence with the sort of “physical impact” described by Rabbi Hirsch as related to the word kashah.

Talmudic literature is replete with references to a rabbinic hermeneutical rule known as a hekesh. This rule allows the rabbis to compare the details of two different areas of halacha if they are juxtaposed to one another in a given verse in the Bible. In this way, the term hekesh refers to the “impact” or “collision” of two different realms in one Biblical passage. The Arabic term qiyas refers to a process in Islamic Law whereby one may deduce new legal rulings by drawing analogies to existing laws and applying them to other circumstances. In Medieval Hebrew — under the influence of the Ibn Tibbon family, who translated many important Judeo-Arabic works into Hebrew — the Hebrew word hekesh assumed this meaning as well. Thus, the term hekesh ultimately came to mean using any sort of deductive analogy, or syllogism, to proffer an argument.

The word kashah (or kushya) also appears in rabbinic literature in the sense of a logical “difficulty.” When the Talmud raises a problem with a specific opinion or statement, it sometimes concludes by leaving the matter as a kashya. According to a tradition dating back to the Geonim, the term kashya does not mean that the opinion or statement in question has been thoroughly refuted. Rather it means that a difficulty with that opinion remains and the matter requires further exploration. In this sense, a kashya refers to the “clash” between a specific opinion/statement and what logic might otherwise dictate. (A kashya differs from a sheilah in that the former is a “difficulty” that seeks to undermine a given assertion, while the latter is simply a request for more information.)

Rabbi Shlomo Pappenheim of Breslau (1740-1814) offers a list of words derived from the biliteral root KUF-SHIN, which are all related to “hardness”:

Rabbi Pappenheim’s list does not include the word kashiach because his classification system recognizes biliteral roots only, with the possible addition of a third radical letter that can only be HEY, ALEPH, MEM, NUN, TAV, YOD, or VAV. In the case of kashiach, the third letter would be a CHET, which does not fit Rabbi Pappenheim’s system.

What does kashiach mean? And where does it appear in the Bible?

The word kashiach appears in the Bible only twice: When revealing Himself to Iyov, G-d explained that He always takes care of His creations. In doing so, He contrasts Himself with the ostrich and stork, which may lay eggs, but then might callously abandon those eggs and leave them to be trampled upon. Such a mother bird can be said to “harden (kashiach) herself against her children, as if they were not hers” (Job 39:16). Similarly, Isaiah complained of G-d’s role in the Jews’ sins: “Why, G-d, do You allow us to stray from Your path [and] harden (kashiach) our hearts from fearing You?” (Isa. 63:17).

Ibn Ezra (to Job 39:16) and Radak (in Sefer HaShorashim) explain that the Hebrew word kashiach means “cruelty.” Rabbi Shlomo Ibn Melech (Michlal Yoffi to Isa. 63:17) adds that kashiach specifically denotes “cruelty” as a form of “estrangement” from something/someone that one would otherwise have been expected to love. This approach supports the notion that kashiach does not share a grammatical root with kashah.

Nonetheless, Metzudat Tzion (to Isa. 63:17, Job 39:16) writes that kashiach is a portmanteau of the words kasha h (“hard”) and sach (“remove”). He explains that kashiach denotes a certain type of “cruelty” whereby one is particularly harsh/difficult with others, but also coldheartedly “removes” their harshness from their own thoughts (as in: hesech hadaat), as if they had done nothing out of the ordinary. According to this, kashiach is indeed related to kashah, albeit its etymology is comprised of kashah along with sach. (Modern Hebrew uses the term disk kashiach as a calque from the English term hard-drive. In that neologism, the English hard is translated into Hebrew as kashiach. This, of course, has nothing to do with “cruelty” or “estrangement.”)

Work described as perech entails performing hard labor — that is, “heavy” or “difficult” tasks. However, perech literally means “to break.” For example, according to halacha, if an animal’s lung is so dry that it is brittle (nifrechet, i.e. easily broken), this renders the animal moribund (Chullin 46b), and if a lulav is dry enough that it is brittle (nifrechet), this fragility likewise renders the lulav disqualified (see Tosafot to Succah 29b). In Talmudic parlance, a pircha is the sort of question that “breaks” a logical sequence, causing a chasm between an ostensible precedent and a case to which it might otherwise be applied.

Rashi (to Ex. 1:13) thus explains that when the Egyptians imposed on the Jews avodat parech, this refers to back-breaking labor. Similarly, Rabbi Shimshon Raphael Hirsch (to Ex. 1:13, 26:31) that avodat parech refers to the Egyptians drafting the Jews as laborers in order to “break” the homogeneity of Egyptian society and create a class difference between themselves and the Jews. In this sense, perech refers to a type of “breaking” that is more closely linked with “separating.” Indeed, Rabbi Hirsch connects the word perech to parochet (“curtain”), which was used to separate the Holy from the Holy of Holies.

Another way of understanding the word perech is that it relates to “uselessness” — just as something brittle crumbles away to waste and can no longer serve any utilitarian purpose. The Torah forbids engaging a Jewish bondsman in perech- work (Lev. 25:43), which the Toras Kohanim (there) defines as work that has no limit or work that is needless. Accordingly, Rabbi Saadia Gaon (882-942) explains that the term avodat parech refers to the pointless labor which the Egyptians imposed on the Jews.

Rabbi Pappenheim masterfully merges these explanations of perech by explaining that the core meaning of the word is to “break” a routine by interrupting it to start anew. Thus, perech both “breaks” and “separates.” The curtains of the parochet served as a barrier that screamed “Until here it is Holy, from here onwards is the Holy of Holies!” In terms of labor described as perech, Rabbi Pappenheim explains that this refers specifically to the unfair labor practice of interrupting a worker in the middle of one project to demand that he begin a new project. This sort of cruel ethic never allows the laborer the satisfaction of finishing one project before he is forced to do something else. It makes him feel like all his work just crumbles away to waste and that he is totally unproductive. It is precisely this type of arrangement that the Torah forbids a Jew from imposing on a Hebrew bondsman, and it was this type of work that the Egyptians imposed on the Jews whom they enslaved.