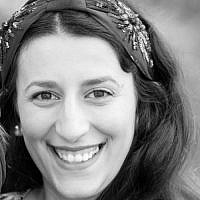 The Blogs
Dona Haber
Apply for a Blog
Please note that the posts on The Blogs are contributed by third parties. The opinions, facts and any media content in them are presented solely by the authors, and neither The Times of Israel nor its partners assume any responsibility for them. Please contact us in case of abuse. In case of abuse,
Report this post.

I have long been proud of the strong relationship between my country of birth, Albania, where my family still resides, and the land that is my spiritual home, Israel. This feeling recently became stronger, when Albania joined other nations across the globe in officially adopting the International Holocaust Remembrance Alliance (IHRA) definition of anti-Semitism. The importance of this, in a world where anti-Semitism is on the rise, cannot be understated, for according to the American Jewish Committee, once a government defines anti-Semitism, it will be better equipped to identify it, monitor it, and create laws to combat it. Although this declaration may seem like a singular milestone for this small Balkan country, it is not the first time Albania has stood up to protect the Jewish people.

In the midst of the horrors of World War II, not only did Albania protect its own Jewish people, but it also became a safe haven for the rest of European Jewry. This national conviction to stand up for the right thing came from a set of oral traditional laws and customs known as The Kanun of Lekë Dukagjini, and in particular, the concept of besa, a value that is deeply entrenched in the Albanian psyche. Besa, which roughly translates into English as the pledge of honor, is central to the Albanian culture, and entails a moral obligation to follow through with any given promise. This concept transcends political or faith-based convictions, in this religiously pluralistic and largely secular nation. When the Jewish people needed a place to hide, Albanians gave their besa that they would shelter them, and the Jews were provided with unconditional protection. Today one can read about these individual stories of love and survival at the Muzeu Solomoni, a small Jewish museum in Berat, Albania. In fact, Albania may be the only country in Europe in which the Jewish population increased after the Holocaust. Moving back into the present time, another value that is still central in Albanian culture is the value of hospitality. My husband visited the country a couple of years ago and was astonished to see the lengths that strangers went to greet him and show him the food, culture, and tradition.

Although Albania was unfortunately isolated from the rest of the world under a communist regime from the end of World War II through the early ’90s, today as a democratic country, its people have full freedom to travel abroad and to also provide hospitality and heartfelt welcoming to all world travelers at home. The Albania of the modern era is a secular and religiously tolerant country, where Israelis and Jewish people from all over the world can count on being made to be felt at home, and even be provided with some of the most competitive tourism packages in the Mediterranean region. In recent years the world has seen a sad rise in anti-Semitism, including throughout Europe, but just as in the past, Albania is a reminder that no matter how small you are, it is always possible to stand tall.

About the Author
Dona is a wife, mom and writer based in Brookline, Massachusetts. She is passionate about food, culture and identity as one of the few Jewish Albanian Americans in the world. Follow her musings on Instagram at @donashaber.
Related Topics
Related Posts
Comments