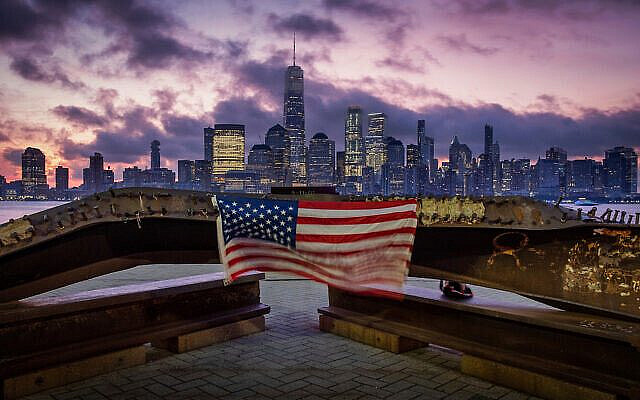 I want to tell you about Dave.

Dave drives a taxi in Manhattan, and he picked me up from the Upper West Side near Central Park on a rainy morning in April.

Dave wore a suit — a little frayed, but good lines.

He sat up straight.

He was probably 60 years old when he picked me up that rainy day in April — white hair, bushy eyebrows, and wore Jeff Goldblum glasses.

He also wore a yarmulke.

“Where you flying?” He asked me.

“Oh nice, you know I give to AIPAC and New Israel Fund,” he said. “I love your country. We visit every year — my son is studying there at Hebrew University”

“Yeah we like it — we are even thinking about making aliyah. Kids are in college now, so we’ll see when they get out.”

“How long have you been driving a taxi?”

“I was in the North tower — I’m a lawyer. I mean, I was a lawyer. I was late to a meeting because the taxi driver was new and got lost. This was before GPS, and the guy barely spoke English. So the plane hit. And I was late so I was just getting to the building. But I wasn’t where I was supposed to be. Being late saved my life.”

“It was a a catastrophe. The smoke, the ashes. All the screaming. But that was a crazy day. I remember I was just getting to the door and boom it happened. Then for a second there was only nothing, like it was only a second but it like the whole world got sucked out into this nothingness for that one second and then it was noise and chaos and screaming and people and everything.”

“It must have been a nightmare.”

“No, it was worse because we were awake. I still had my coffee in one hand and my briefcase in the other, and I couldn’t let go of either. I just stood there like I grew roots and then this young cop told me to move so I did like I was told and I just walked and walked trying to find my wife. She was pregnant.”

“She was fine. She was at home, not far from where I picked you up,” his voice lowers like he’s ashamed. “I came home and I couldn’t cope. I just couldn’t cope. And she couldn’t cope with me and she lost the baby. It got worse. And I couldn’t concentrate. The only thing that calmed me down was riding taxis — because that driver had saved my life by being late. I just felt safe in taxis. So I would finish work and just ride in them. Some guys drank too much to forget. Some gambled. Some took drugs and went to prostitutes. I rode in taxis. We all tried to cope.”

“That must have been so hard.”

“It was. But then my wife said to me in the middle of a fight, ‘Why don’t you just quit your job and drive a taxi?’ And then this warm feeling washed all over me. I knew it was what God wanted me to do. So I left the firm and became a taxi driver on the first anniversary of 9/11.”

“That’s amazing,” I said with a lump in my throat.

“It was just the right path. That taxi driver saved my life because of a matter of seconds and missing some stupid turn. But I know it was really God watching over us. Maybe I’ll be able to do the same for someone else.”

Dave looked up at the roof. “God is in charge but we are His partners here on earth. And this is what I’m meant to do. Hashem take the wheel.” 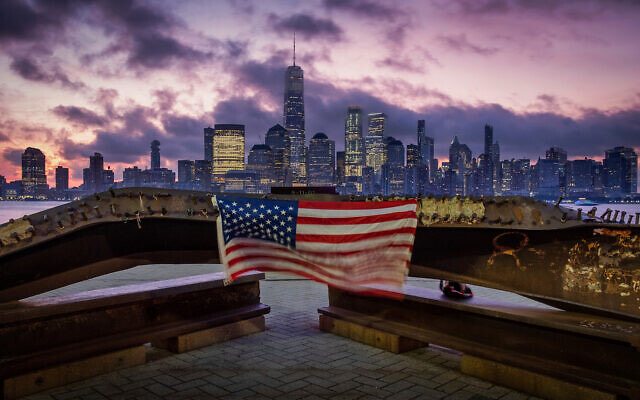 A US flag hanging from a steel girder, damaged in the Sept. 11, 2001 attacks on the World Trade Center, blows in the breeze at a memorial in Jersey City, N.J., Sept. 11, 2019. (AP Photo/J. David Ake)
About the Author
Sarah Tuttle-Singer, author of Jerusalem Drawn and Quartered and the New Media Editor at Times of Israel, She was raised in Venice Beach, California on Yiddish lullabies and Civil Rights anthems. She now lives in Israel with her two kids where she climbs roofs, explores cisterns, opens secret doors and talks to strangers, and writes stories about people. Sarah also speaks before audiences left, right, and center through the Jewish Speakers Bureau, asking them to wrestle with important questions while celebrating their willingness to do so. She also loves whisky and tacos and chocolate chip cookies and old maps and foreign coins and discovering new ideas from different perspectives. Sarah is a work in progress.
Related Topics
Related Posts
Comments