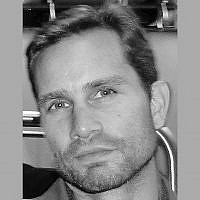 The Blogs
Brandon Friedman
Apply for a Blog
Advertisement
Please note that the posts on The Blogs are contributed by third parties. The opinions, facts and any media content in them are presented solely by the authors, and neither The Times of Israel nor its partners assume any responsibility for them. Please contact us in case of abuse. In case of abuse,
Report this post.

Life just got a whole lot harder for Israel’s strategic planners. Newly elected Iranian president Hassan Rouhani is viewed in the West as a moderate alternative to hardline acolytes of the supreme leader Ali Khamenei. Israel can expect Rouhani to use his popular mandate to introduce diplomatic initiatives to end Iran’s international isolation. More simply, Iran’s strategic and ideological goals are unlikely to change under Rouhani. Instead, he will try to reshape and rehabilitate Iran’s image in order lift Western sanctions and revive an ailing Iranian economy.

Outgoing President Mahmud Ahmadinejad has been made the scapegoat for Iran’s economic woes. His political opponents argued that it was Ahmadinejad’s mismanagement, in addition to stiff U.S. and European sanctions, that led to the current state of affairs.

Nevertheless, Ahmadinejad’s antics made it somewhat easier for Israel to make its case against Iran. Ahmadinejad proudly flaunted the Islamic Republic of Iran’s revolutionary ideology by calling for Israel’s destruction and dissolution and challenging U.S. leadership in international affairs. He alienated Europe by raising doubts and then denying the Holocaust. Ahmadinejad’s poisonous tongue made it easier for Israel to explain to the world that a state with men like Ahmadinejad at the helm must not be allowed the capacity to develop nuclear weapons.

Unlike Ahmadinejad, Rouhani assumes office with a great deal of international experience and it will be difficult to portray him as a loose cannon. He was educated in Iran’s religious seminaries in Semnan and Qom and claims to have a Ph.D. in Constitutional Law from Glasgow Caledonian University in Scotland. He is a longtime political ally of former president Hashemi Rafsanjani (1989-1997) and an experienced statesman. He commanded Iran’s air defense during the “War of the Cities” portion of the Iran-Iraq War (1980-1988), and after the war established Iran’s Supreme National Security Council and served as its secretary for 16 years (1989-2005). He was also Iran’s chief nuclear negotiator from October 2003 until August 2005 when Iran agreed to suspend its uranium enrichment (it was resumed in the summer of 2005). Rouhani is a prolific writer on strategic and foreign policy issues. His most recent book, which was published in 2012 by Iran’s Center for Strategic Research, is more than a thousand pages and titled “National Security and Nuclear Diplomacy.”

Rouhani inherits two powerful cards to play if he intends to maneuver Iran out of international isolation. First, Iran’s support for Bashar al-Asad and Hezbollah in Syria is a source of considerable geopolitical leverage as the civil war spreads into Lebanon, and threatens the political stability and territorial integrity of Iraq, Jordan, and Turkey. Further, Iran could add another card to its hand by pressuring Asad and Hezbollah to draw Israel into the conflict by crossing one of Israel’s clearly delineated red lines. Second, the IAEA (International Atomic Energy Agency) has been frustrated by Iran’s unwillingness to cooperate with international inspectors and resolve outstanding questions related to its opaque and secretive nuclear program. It is reasonable to suppose that Rouhani will attempt to signal greater Iranian flexibility on these issues in order to convince the West to lift fiscal and commercial sanctions and reintegrate Iran into Western markets.

Iran is unlikely to compromise on its support for Asad or Hezbollah in Syria and Lebanon as long as Russia continues to back Asad. It will be on the nuclear file that Rouhani may attempt to change gears, to use a poker metaphor, by adding conciliation to its ongoing posture of intransigence.

Iran’s nuclear end game will remain the same, but Rouhani may be willing to alter the program’s time table by offering limited concessions and greater international oversight for broad sanctions relief. Yet if Rouhani’s tactics are not clearly supported by the supreme leader his tactical maneuvering may simply muddy the waters for his Western counterparts.

Israel’s challenge will be to remind Western statesmen that they must not confuse a change in Iranian means with a change in ends. Rouhani is likely to change the Islamic Republic’s tactics but the strategic and ideological goals will remain the same. In this sense, Hashemi Rafsanjani’s presidency during the 1990s may provide an instructive roadmap for what to expect from Rouhani. Rafsanjani’s presidency was characterized by some as a “Second Republic,” a reorientation away from the Islamic Republic’s radical revolutionary ideology and goals. Yet a different reading of Rafsanjani’s record reveals a deft double-game. On one hand Rafsanjani softened the Islamic Republic’s public image in order to integrate a war weakened Iran into the international economy and gain access to foreign grants and loans, while on the other hand he ruthlessly pursued a secret nuclear development program and asymmetric war against Israeli and U.S. regional interests. For Israel, Rouhani’s reputation as a moderate may ultimately mean that he is simply a wolf in sheep’s clothing. If this turns out to be the case, it will be a stiff challenge to unmask him.

About the Author
Brandon Friedman is a research fellow at the Moshe Dayan Center for Middle Eastern and African Studies at Tel Aviv University. Prior to pursuing his academic career in Israel, Brandon spent seven years working for a risk advisory consulting firm in the U.S.
Related Topics
Related Posts
Comments