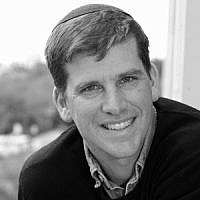 The Blogs
Michael Eisenberg
Apply for a Blog
Please note that the posts on The Blogs are contributed by third parties. The opinions, facts and any media content in them are presented solely by the authors, and neither The Times of Israel nor its partners assume any responsibility for them. Please contact us in case of abuse. In case of abuse,
Report this post. 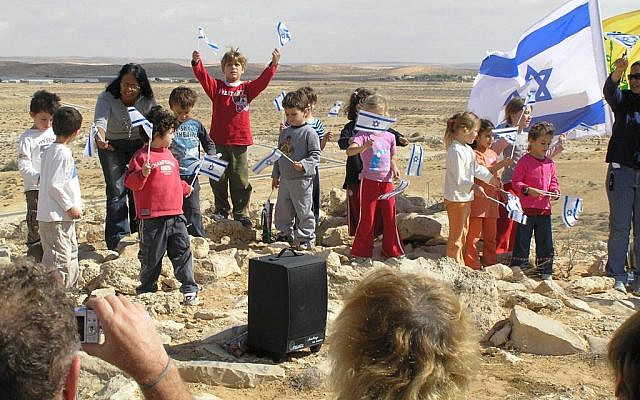 Children celebrate Independence Day in the Ramat Hanegev Regional Council. (via The Times of Israel)

Climate change? Thou shall not fill the land and conquer it!

Covid? Thou shall not be fruitful and multiply!

As The New York Times is the high-church organ of woke dogma, this is the gospel of today’s progressive left.

“Women who have one child or none should be lauded,” avowed one reader/worshiper, replying to Jill Filipovic’s New York Times op-ed, Women Are Having Fewer Babies Because They Have More Choices. The reader/worshiper continued, “They are contributing to a future that is more sustainable for everyone.”

In response to Maureen Dowd’s New York Times not-at-all-hyperbolically-titled column, Apocalypse Right Now, another reader/worshiper asserted, “Republicans and religious fanatics are the problem in many ways. They insist on breeding unwanted children, and oppose efforts to help women worldwide who if given the chance would limit their family size. Yes, Republicans are the enemies of sane climate change efforts, but they are also the enemies of decent quality of life for all living people.”

This is nothing more than pre-sex euthanasia. And the ounce of prevention here is causing a bushel of harm. Of course, so-called progressives frame this delusion as an “enlightened choice.” The truth is that, through their “selfless” act, they would only be creating a planet inhabited solely by millions of their pets and their pets’ progeny (and, if experience is any indicator, mostly cats).

Bringing human life into the world is the most creative human endeavor. It teaches us to love unconditionally. Indeed, contrary to what so much of the left claims, it helps guarantee that we invest enough of ourselves — enough of our personal time, energy, and resources — to make the world a better place. The decision to abstain from procreation is not enlightened, it is not selfless, and it certainly does not benefit the “common good.” The decision is rather depraved despondence. It is a self-fulfilling prophecy of doom.

Too many have wrongly come to believe that life is more comfortable alone than with children. That the instantaneous streaming of content from a couch is the acme of human existence. That it is easier to curl up into your eternal grave, over which there will be nobody to mourn. For those feeling down and out, that there’s no point in contributing to additional life on this planet, they ought to take a page out of the book of the People of the Book.

After its destruction of the Second Temple in 70 CE, Rome inflicted harsh decrees on the Jewish people. In response, the Jewish people, practically beyond consolation, took it upon themselves not to celebrate births, not to marry, not to have any more children. However, their rabbis admonished them. “You are worse than the wicked Romans!” the rabbis scolded. By not bringing children into the world, the rabbis lamented, the Jewish people were opting to sever the bonds of the generations, to cut off all future descendants of Abraham, the father of monotheism. They themselves would be bringing to fruition the Romans’ dream of the annihilation of Jewish civilization. The Jewish people realized their mistake. They reversed course and began procreating again.

In a different place and time, Joseph, who was worried about a forthcoming epic famine, hurried up and had two children. He did not lose heart. He was not worried that he wouldn’t have food to feed his kids. Joseph, then only in his 30s, sired the next generation, and, further, set about innovating storage and chemistry to preserve rations. He succeeded. He was also confident that his successors would could carry on his legacy, developing even more creative solutions to potential food shortages over the horizon. And they did.

Recently, I attended a meeting with the UAE’s Minister of State for Food & Water Security, Her Excellency Mariam Almheiri. We were at a high school in Israel’s Arava, a desert running from the Dead Sea to the Gulf of Eilat that is now filled with hothouses blooming with fruits and vegetables. The minister looked at the children and told them that they are agri-technologists, and that, together, the Israelis and Emirates would continue to bring more food and water to the Middle East. The kids beamed with joy and confidence. I knew right there that the future belongs to the optimists.

I was recently attacked by an economist, who suggested that having more children is bad for the economy. While it is difficult to prove that having children directly contributes to economic growth, the correlation between demographic growth and growing economies is very clear. China, which long limited births through its infamous “one-child policy,” is actually now struggling to restart demographic growth. Further, while China manufactures goods, it does not come up with the idea for those goods. Its people, stifled by the enforced conformity of totalitarian communism, lack raw creativity, which is why the CCP so heavily relies upon intellectual property theft to survive. Innovation, the engine of progress that has steered humanity away from existential crises, comes from young people.

One-third of the Jewish people were wiped out in the Holocaust. Its survivors had no money and little, if any, family. Yet they were optimistic. They had children. They created life. Today, the country in the West with the highest birth rate per capita is the State of Israel. It is a beacon of optimism and innovation of biblical proportions that stands audaciously in opposition to those bemoaning the fate of humanity. Through action, Israelis show that they believe the future will be bright, and that each human being has a godly spark daring to do good.

I have eight children and three grandchildren. I wish for them all that they have many kids, and for their kids to have kids, just like their Holocaust-surviving great-grandparents, who now have dozens of younger family members who will follow in their footsteps and honor their legacy. I wish this bounty of successive generations for all of humanity.

God promised Abraham that his descendants would be as numerous as the stars. This was not just a blessing. It was and remains a fundamental economic truth. Children make the world move forward. They will find a way to address climate change. They will discover solutions to feed humanity. They will, as they always have, endow optimism. Without children, we wouldn’t know how to love others. And we could certainly use some more love in this world right now. So have some more kids. They will be fine, even better off than we are.

About the Author
Michael Eisenberg is the co-founder and partner at early-stage venture capital fund Aleph and the author of the forthcoming book The Tree of Life and Prosperity (Wicked Son, Aug. 24). https://www.amazon.com/Tree-Life-Prosperity-Business-Principles/dp/1637580703
Related Topics
Related Posts
Comments