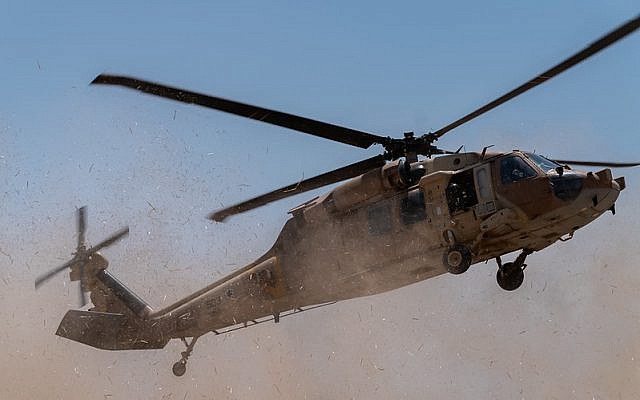 We all know the Jewish dictum of “He who save a life, saves the world.” In Judaism, every single life is invaluable, and hence we are even allowed to violate the holy Shabbat for the preservation of human life (“Pikuach Nefesh“). Similarly, when it came to a prisoner exchange for IDF Sargent first Class, Gilad Shalit, who had been held by Hamas terrorists for five years (2006-2011), Israel exchanged1,027 Palestinians in a prisoner exchange for Shalit. Life is truly sacred to the Jewish people.

This week, I had the opportunity to meet and hear from members of Israel Air Force’s Elite Search and Rescue, Unit 669, at Magen David Synagogue in Rockville, Maryland. There I was reminded of the brave Israeli soldiers who not only defend the holy land and people of Israel, but also who are there to search for missing soldiers and rescue them and civilians “regardless of location or conditions” when faced with war, terrorism, or other disaster. Soldiers from unit 669 go into every possible dangerous situation, and under fire, to save lives at whatever cost to themselves.

As team leader, Bar Reuven described, when the siren goes off, the members of 669 go into action even if they are tired, hungry, or haven’t had a chance to shower or care for themselves in days. They are selfless soldiers, medics, and doctors that are constantly helping their fellow people, and every day when they are called into action is by definition a crisis situation, when all hell is breaking loose, and they must regularly perform “the impossible!”

Some interesting facts I learned about Unit 669:

It was awesome to meet and hear from 669 team members: Bar Reuven, Yoav Asa, and others, each with magnificent stories of bravery and rescue to share. Everyone that serves in the IDF is a hero for Israel and the Jewish people, especially after the horrors of the Holocaust last century. However, these exceptional young men, are of the elite, chosen from tens of thousands of candidates to this unit and are trained in everything from combat, survival, counter-terrorism, infiltration/exfiltration, rescue operations in all sorts of terrain and conditions, and of course as combat medics! What I think I felt most in meeting them was pure awe in not only their incredible abilities, but in their utilizing these for the sake and benefit of the people of Israel and to the tune already of some 15,000 lives rescued. If saving one life is saving the world, then Unit 669 has saved thousands of worlds and what an incredible merit that is.

I want to say how blessed the Jewish people are to have these beautiful men and women that serve in the IDF, including Unit 669. May G-d bless them and shield them, deal kindly and graciously with them, and bestow his favor upon them and grant them and all Israel, peace!