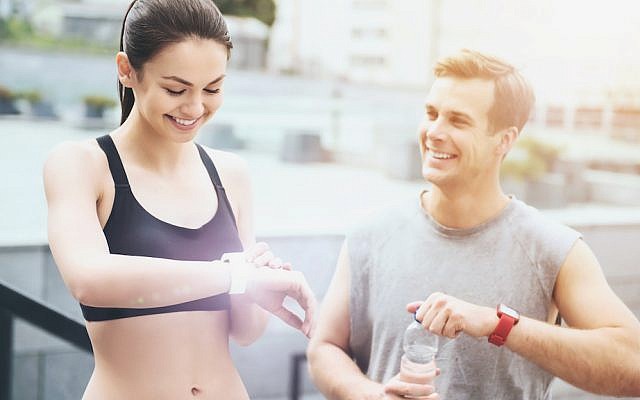 Years ago, I competed in a neighborhood “Biggest Loser” competition. BTW I won, and BTW I gained the weight back, which was statistically predictable.

But I digress. Anyway, as part of my weight loss plan, I went walking every morning except Saturday. If it was raining first thing in the morning, I waited until the weather cleared.

One day, the weather didn’t clear. It was pouring all day. As the afternoon progressed, I realized that my window of opportunity was closing to get that walk in, and I just couldn’t miss a day. I started to get anxious about it, and I decided that it was now or never. And so, I stepped out into the pouring rain and started walking.

Neighbors who saw me stopped to offer me a ride, since it was inconceivable that anyone would be out walking voluntarily in a torrential downpour. The last person who stopped to offer me a ride was a friend. When I refused the ride and he realized that I was walking in the rain intentionally, he said “are you crazy, walking in this weather??” After he pulled away, the realization hit me that my behavior really did seem crazy. What was supposed to be an act motivated by health had turned into an act motivated by obsession. Somewhere along the way, I left health behind, and the irony is that I did so in the name of health. Does that make sense?

I thought about that incident recently when I read an article about children as young as 4-6 years-old who are addicted to fitness trackers. They count their steps, just like mommy and daddy do. The article used the words “addiction”, “obsession” and “compulsion”. Those are all words that scare me, and not just because of my eating disorder radar, but because I think that they indicate a dangerous trend in “health” that is anything but healthy.

Obsessions, no matter what they may be about, are hazardous. They carry the risk of obstructing functionality. While there is an argument to be made that it’s better to be obsessed with fitness and healthy eating than to be obsessed with other things, as someone who has seen first-hand how damaging eating disorders are, and how they hijack the brain and take it to dark and sinister places, from my perspective, I am just not certain that this is true. At some point, what you gain in physical health, you are liable to lose in mental health. It’s not a trade-off that you want to make.

Some people, kids and adults alike, will naturally find that balance between body and mind. There are individuals who will count every step that they take without risk of becoming obsessed. Their behaviors surrounding fitness, or food, will not become compulsive. However, not everyone’s brain is programmed to be able to control that balance. And when the balance between physical fitness and mental fitness loses its symmetry, when equilibrium is compromised, that is where the danger lies. When “healthy” becomes about obsession and compulsion, whether about food or about exercise, that’s where the risk is. And all too often, the damage is done before anyone even realizes that there is a problem. In a society that extols health via the thin ideal, and places its value above almost all else, no one would stop to think that there is such a thing as taking healthy too far.

I can verify that there is indeed such a thing. It’s called an eating disorder. And FYI, people at higher weights develop eating disorders all of the time, and their health can be just as compromised as people at lower weights. The number of new eating disorder patients who are diagnosed every year in Israel is rising, and the numbers are staggering.

Are fitness trackers dangerous? For people who are at risk for developing an eating disorder or who already have one, they absolutely are. However, that being said, fitness trackers are not inherently good or bad. Like with so many things in life, it depends on who is using them. They can be beneficial for some people’s health, and damaging for others.

As a parent, I would be more inclined to let some of my kids use a fitness tracker than I would others. I can see how it may easily lead some teens (and adults) to an obsession with counting steps and counting calories, while others will just use it to monitor their activity levels without feeling the need to compete against themselves or anyone else. It’s a personality thing. If my teen did use one, I would make sure to watch for signs of obsession, because it’s a hop, skip and a jump from there to a full blown eating disorder.

I have learned through my daughter’s eating disorder that the brain is influenced by the body and vice versa. Body and mind are both equally important players in a person’s health and well-being; and if one is compromised, the other will suffer. Anything that induces obsession is antithetical to real health.

Sometimes, I feel like society is shoving  “health” down our throats in a very unhealthy way. Paradoxically, I think that we would be a lot healthier if we laid off of the obsession about health.