Over the course of my years in the rabbinate, one of the most meaningful parts has been sitting in my office, or in someone’s home, or in a coffee shop, and having a real heart-to-heart conversation. 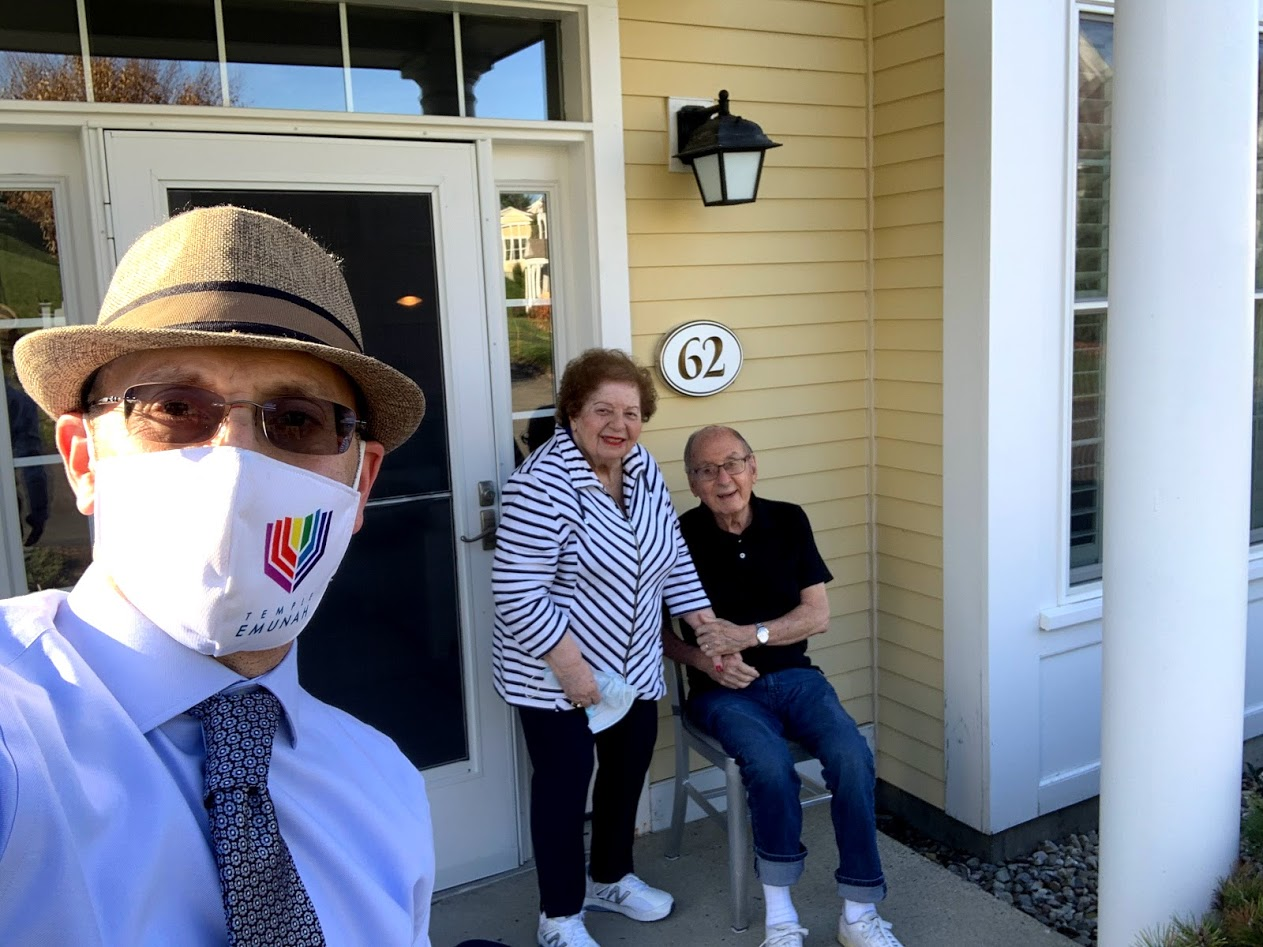 Over the last nine months, these conversations have continued; though they have been dominated by Covid. I have been able to meet masked and outdoors in backyards and front yards and on patios and decks. But now, as the temperature drops and as this pandemic bears down on us, outdoor meetings are becoming more challenging.

I had some nice walks a few weeks ago, but this past week more and more of them were moved to Zoom and Facetime, which is not the worst thing. This week I was most pleased to have long and meaningful conversations with people with whom I do not see eye-to-eye.

While I am not averse to receiving positive responses to my sermons or teachings from the dozens of people who took the time to write, call, and respond to what I was sharing, I often learn the most from those with different perspectives.

Let me emphasize how much I appreciate hearing from members of our community with whom I disagree. In one conversation, we discussed how those who support the outgoing president are saddened by his loss; how they are afraid of what might happen next. I appreciated hearing about how Jews from the former Soviet Union or from Cuba are fearful of a return to the socialism or communism that they or their parents experienced.

In another conversation, we discussed trying to understand what motivated so many Americans to vote for the current president. While I have spoken about misinformation as a cause, it is naive to see that as the sole reason. There are Americans who are not misinformed who still pulled the lever for 45; why? What motivated them?

The more we dug into this question, the more we landed on the same answer: fear. Fear is one of the strongest emotions and strongest motivators. 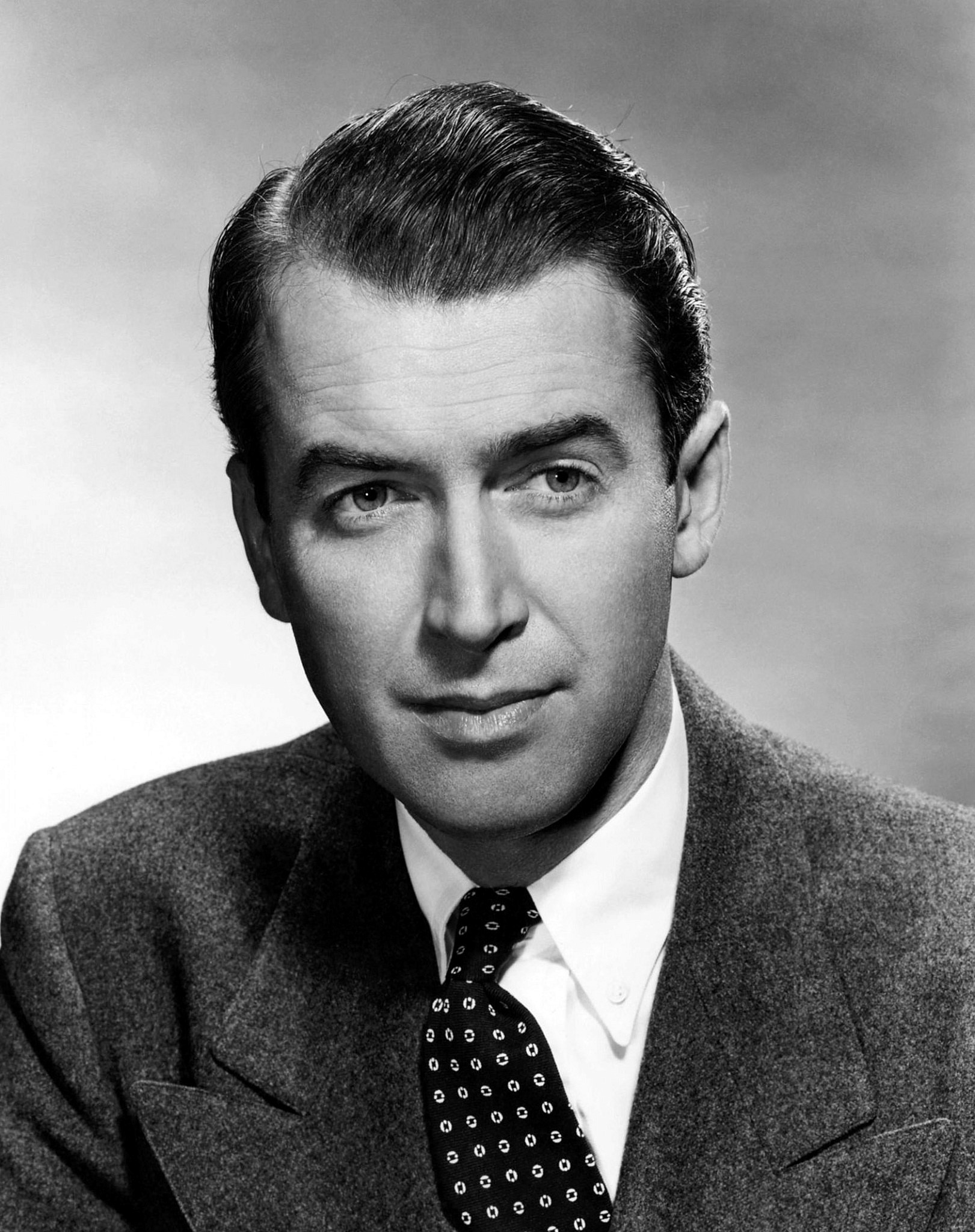 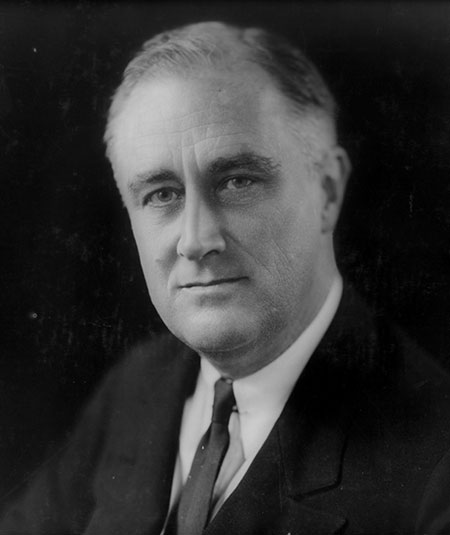 President Franklin Delano Roosevelt famously said: “We have nothing to fear but fear itself.”

The question is what are we afraid of?

For many liberals, it is climate change, an almost inevitable disaster that looms on a scale never seen before.

For conservatives, it is the fear of socialism and communism and the resulting loss of income and, possibly, wealth.

To continue this exercise (and please pardon the generalizations, but I do think these stereotypes largely hold up,) liberals are afraid racism has so infused our policing and our society that systemic change is needed; conservatives fear anarchy and violence.

Left-wing Jews fear that Israel will not be a democracy that lives up to Jewish and human values as it neglects the rights of the Palestinians.

Right-wing Jews fear that Israel will not be safe. 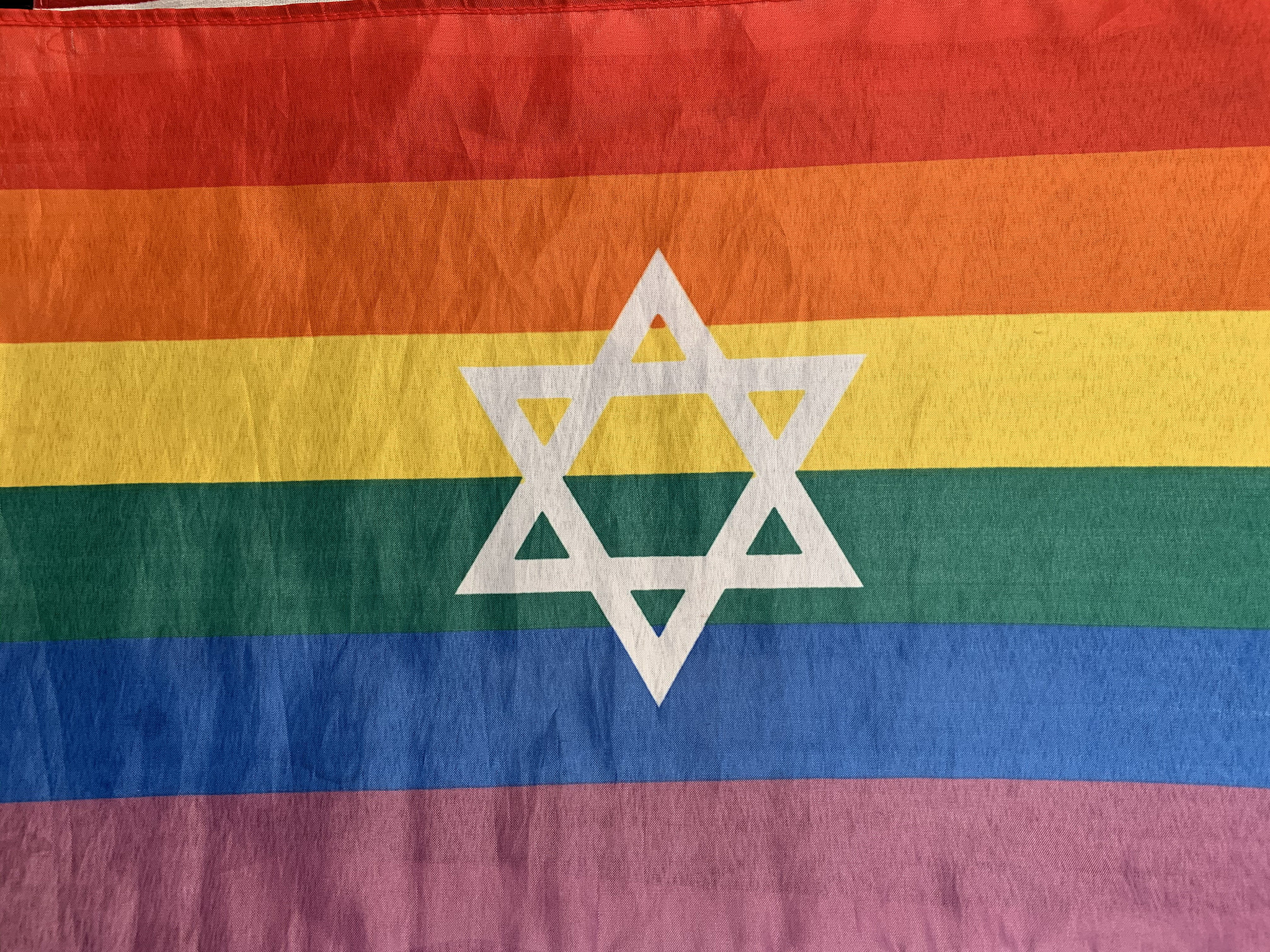 Once we can appreciate what each person or each group is afraid of, we can have SOME understanding of where they are coming from and why they are thinking, posting, acting, speaking, or voting in the ways that we are.

We are all afraid.

In our parashah, Jacob is afraid. Very afraid. Rarely does the Torah give us much insight into a character’s state of mind, but here it does. At the onset of the parashah, Jacob finds out that his brother Esau whom he has not seen in 20 years and who vowed to kill him for stealing his blessing and for ripping him off of his birthright is waiting for him with an entourage of 400 men.

Vayiraaaaah Ya’akoooovvv meod – I love how the Torah trope accentuates the fear. We can feel Jacob quaking in his boots, or his sandals as the case may be. And “in his anxiety, he divided the people with him, and the flocks and herds and camels, into two camps, thinking, ‘If Esav comes to one camp and attacks it, the other camp may yet escape.’” (Gen 32:8-9)

That’s how scared he is! He’s willing to sacrifice half of his wealth and half of his family!

And when you are afraid, you don’t always act rationally. 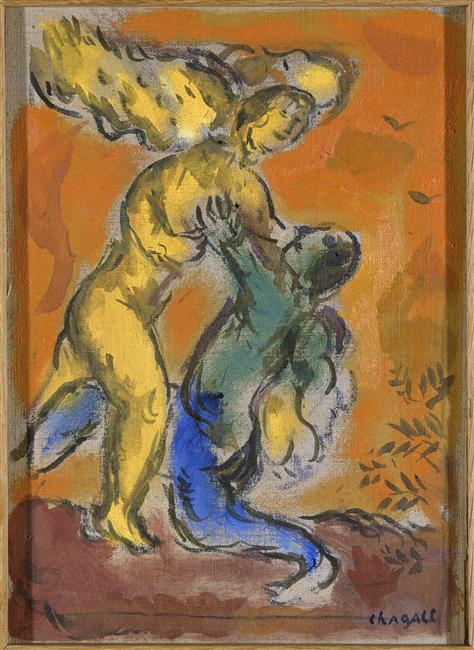 After he divides his family, and sends gifts to his brother, he finds himself alone on the other side of the Yabok River, the wrestling River, where he is attacked by a mysterious assailant. Who is he? An angel, Esav himself, a River-troll, a vampire who cannot see the light of dawn, Esav’s protector angel, or the embodiment of his own conscience?

Whoever or whatever wrestles with Jacob, by the end, he is a changed man. He has confronted his demons – whether literal or figurative and comes away with a strained hip, a limp in his step and a new name.

Yisrael – his new name means a person who wrestles with the deepest parts of himself, the deepest issues, the questions of existence, of morality, a person who wakes up each day and asks herself, how can I be a bit better? People who ask themselves what will I do to fix this world a little bit more?

A person who can be transformed.

As the Sefat Emet teaches, Jacob is now a man who possesses an integrity he never possessed before. He is now worthy of being the father of the twelve tribes, the father of the Jewish people, the paradigm of a person who undergoes self-transformation.

And then he does something curious, he names the place where this all happened. Well, actually, it is not that curious, the Torah is replete with examples of our ancestors naming places where they had mystical or spiritual encounters. But Jacob does not name it after his new name or the place where he wrestled or where he was changed, but Peniel – literally: the Face of God. Or as Torah explains: “ki ra’eetee Elohim panim el-panim vatinatzel nafshi – I have seen a divine being face to face, yet my life was preserved.” (Gen 32:31)

When did he see God? Was this mysterious assailant God? The text says that the attacker is an ish – a man. But when Jacob asks for his name, he does not reveal his name, which is somewhat similar to the cryptic answer God offers at the burning bush when Moshe asks God for his name, although there an answer is given.

So, what did Jacob see?

For years, I have thought that Jacob saw nothing – he was wrestling with his own conscience – so he must have seen the deepest parts of himself.

But now, I have rethought this.

No, he did not see himself.

He saw his brother. He was wrestling with an image of his brother. Perhaps it was Esav’s alter-ego, his celestial patron, an ancient understanding that each of us has an angelic analog that protects and guards us, but no matter, either way, it was the same face.

It was the face of his brother Esav.

It was the face he betrayed twenty years earlier.

It was the face of someone he loved, his twin brother, and whom he had hurt – badly.

He could see the face all scrunched up in a ball of pain, he could see Esav’s grimace.

He sees his brother’s tears.

He could feel his pain.

He could sense the wrong he had done to him.

And then Jacob felt intense guilt and realized the depth of his sin, of his wrong-doing.

It was this journey into truly seeing Esav and the pain that Jacob had caused his brother, that transformed Jacob, gave him the new name and explained why he saw the Face of God, because to truly see or understand another person is to see God’s face. 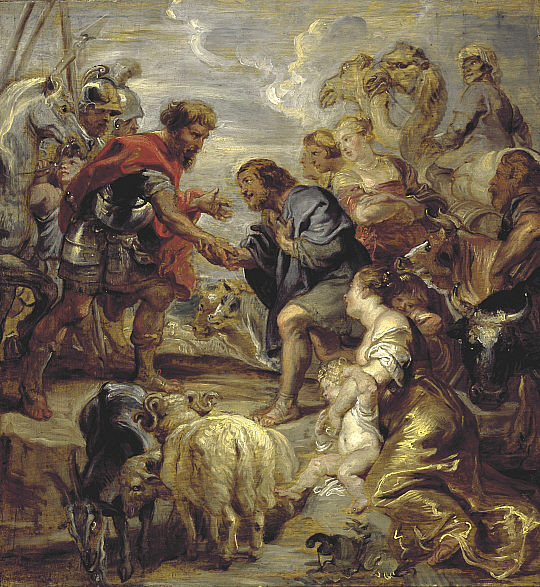 We know this from the text since a few verses later the two brothers reconcile and Jacob says to Esav: “to see your face is like seeing the face of God!”

Human beings do not see God, but if we are lucky, if we really dive deep into powerful emotional places, we get glimpses into the divine.

And if we can practice this in our lives as we should truly listen deeply to each other – panim el panim – face to face – yes, even people from different religious and political perspectives, we may be worthy of the name Yisrael – the people of Israel.