As our hearts are heavy this Lag B’Omer over the Mt. Meron tragedy, we know that the mystical rabbis of Spain were expelled around 1492, and settled in Zfat the neighboring mountaintop to Meron.

Our mystical tradition was developed in Israel’s remote North, to try and answer the unanswerable tragedies that continue to befall our People.

Lag B’Omer is also traditionally a time for weddings. On that most celebratory day, under the Huppah our tradition has us breaking a glass at the very moment of most joy. We begin a new life as a couple, with the mission of creating family and new lives, and we pause to reflect on our common history of tragedy, the destruction of the Temple in Jerusalem.

Our Jewish tradition is a “reality check” even in the most joyous times we remember the tragedies of our Jewish People.

Likewise, on this Lag B’Omer, when our hearts are heavy, providence cannot give us a soothing explanation on why lives were lost. As we cannot explain, or even understand, we call upon our memories of joy, and let the warm experiences of our past give us strength as we rededicate ourselves to our missions in healing the world, and providing support for our People. 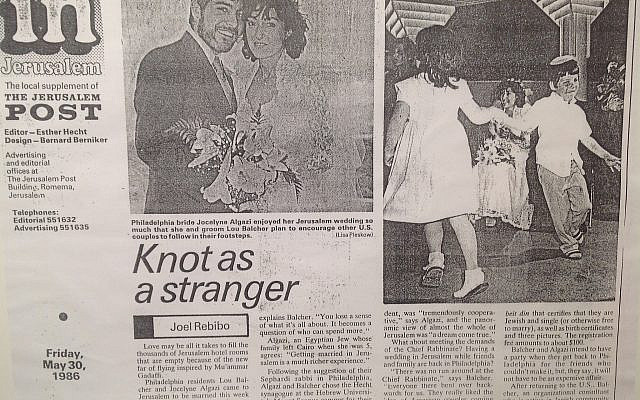 Lag B’Omer 35 years ago in Jerusalem, under the Huppah in the Hecht Synagogue on Mt. Scopus, overlooking the “Har ha’Bayit, the Temple Mount, our tradition had me breaking a glass in the most joyous moment of my wedding to Jocelyne, my “Jewish Egyptian Princess,” born in Cairo, Egypt.

The wedding also reenacted a vow made ten years earlier on Mt. Scopus as a student at Hebrew University, to build a bridge between America and Israel, particularly for developing leadership among young adults. Of note, our student group arrived in Jerusalem two weeks following the miraculous Entebbe Rescue.

These stories come together this Lag B’Omer with the announcement and invitation to join efforts in Jewish organizational life in support of Israel.

Fulfilling a dream and commitment of 45 years ago, and developing a national leadership team over the past seven years that has been dedicating to support healthcare innovation in Israel, we are honored to share that the 25-member national Board of what was previously knows as the American Friends of Kaplan Medical Center, on April 23, 2021 decided to change it’s name to the American Foundation for Creating Leadership for Israel.

The new AFCLI Board also decided to broaden its objectives to include stating it’s mission to build a bridge of connection between America and Israel through creative and collaborative programming.  AFCLI will build collaborations with other national Jewish and Israel support organizations, and focus on young leadership development to guarantee a future of Jewish connection to Israel. Efforts will also be to raise support for Israeli Medical Innovation projects and American young leadership projects, in collaboration with our national partners and philanthropic leadership.

AFCLI’s “Launch” event will be on Sunday, July 4th, 2021, commemorating the 45th Anniversary of the “Miracle@Entebbe,” honoring the heroism of Yoni Netanyahu at Philadelphia’s Congregation Mikveh Israel, steps from the Liberty Bell. 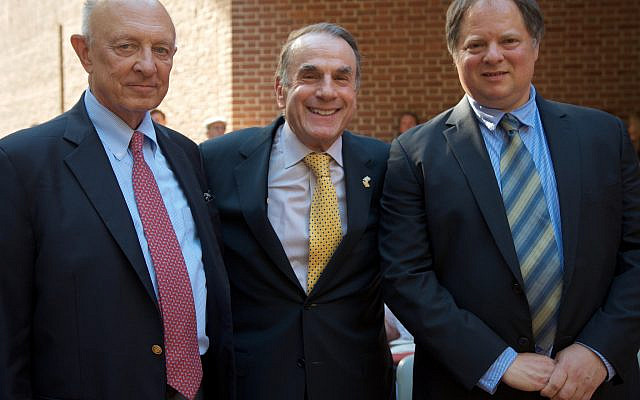 AFCLI National Chair, Steven L. Friedman, Esq., grew up in Philadelphia with the Netanyahu’s and will reprise his role of 5 years ago hosting the 40th US national commemoration of Entebbe Heroism. Co-Chairing the project with Friedman is Rabbi Joe Potasnik, Executive VP of the New York Board of Rabbis, and Col. Ken Brier, community leader, real estate developer and Bronze medal recipient from US Army services in Operation Desert Storm. 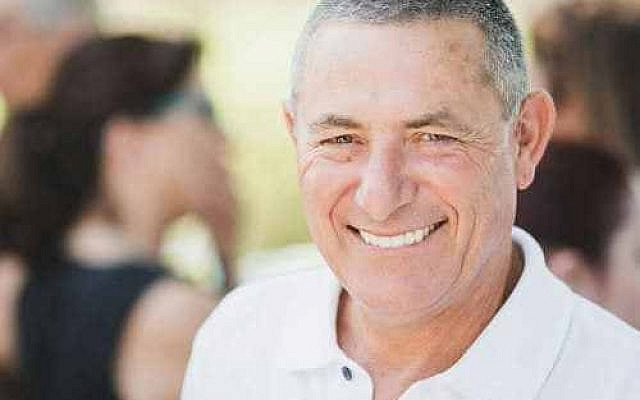 Agreeing to speak at the Ceremony, and it’s preceding Seminar are Entebbe heroes Israel Prize awardee Major General Doron Almog, and Entebbe lead pilot Joshua Shani. The Jerusalem Post’s Gil Hoffman will MC the Seminar with speakers Benny Davidson, the “Bar Mitzvah hostage,” Col. Avner Avraham, curator of the “Operation Jonathan” Entebbe Rescue Exhibit, and Penn State documentarian Prof. Boaz Dvir. Additional speakers are being lined up, and Prime Minister Benjamin Netanyahu has been invited to attend.  The program will be both on-site and virtual. Executive Directors of major Jewish and Israel support organizations are being invited to attend a special VIP Reception following the ceremony.

A ”soft launch” for AFCLI has been set for leaders and friends as a Zoom gathering on Wednesday, May 26, 2pm ET, which will also commemorate Lag B’Omer falling on May 27, 35 years ago. The intention again is to join with our joy for the good of Israel as we make meaning for losses we cannot understand.

About the Author
Lou Balcher served from 2004 - 2013 as Director of Academic Affairs to Consulate General of Israel to the Mid-Atlantic Region. He also served as Education Director for Congregation Tifereth Israel in Bensalem, PA, and as administrator and teacher for Gratz College's Jewish Community High School. He is a former Membership Director for the Philadelphia and Cincinnati regions of B'nai B'rith International. For three and a half decades, he has coordinated post-college young leadership programs for Young Jewish Leadership Concepts. From 2014 - Spring 2021 he consulted as National Director of the American Friends of the Kaplan Medical Center, Rehovot, Israel which serves more than one million Israeli citizens. In the Spring of 2021 Balcher and a team of national leaders inaugurated the American Foundation Creating Leadership for Israel (AFCLI) - "the newest voice for Americans for Israel."
Related Topics
Related Posts
Comments