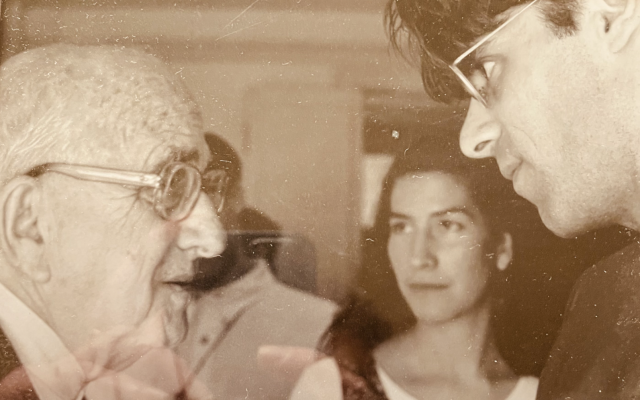 While Nazi rector of the University of Freiburg, German philosopher Martin Heidegger fired his mentor, Edmund Husserl, for the crime of being born a Jew. He also banned his colleague Karl Jaspers from using the campus library. Jaspers’ crime was marrying Gertrude Mayer, a Jew. Jaspers once asked Heidegger, “How can so uneducated a man as Hitler rule Germany?” to which Heidegger responded, “Education is quite irrelevant. Just look at his wonderful hands.” Heidegger was elected Rector in 1933, just months after Hitler’s election, and renounced his membership to the party in 1945, just after Hitler’s death.

Yet, to a huge swath of American academics inside and outside of philosophy, especially those on the political left who are leading the charge behind cancel culture, Heidegger is a hero. His demand to understand Being non-scientifically and to locate human life historically is often cited by thinkers who argue for universal human rights. The people who seek to wipe from history those whose lives contain moral flaws insist on worshiping at the feet of a member of the Nazi party.

The great 20th-century Jewish rabbi and philosopher Emil Fackenheim evaluated how pregnant Heidegger’s work was with his Nazism. Was his membership in the party a minor historical footnote, or is his work shot through with Nazi ideology? Examining the existential examples Heidegger used throughout his work, Fackenheim found Heidegger’s yes to Nazism to be more influential than his later no to party membership. In the past few years, Heidegger’s secret private writings were revealed, confirming what Fackenheim concluded long ago.

In graduate school, I wanted to stamp every Heidegger book I came across with a stamp that read “A Proud Member of the National Socialist Party” under his name. I reasoned: in the canon of white male philosophers, most of whom hated anyone unlike themselves, only one joined a genocidal maniacal force. Others may not be innocent, but Heidegger’s guilt is on a different level. Yet, devotees of this onetime Nazi were a force in my graduate program. I was angrier with them than with Heidegger, and they knew it. They were hypocrites in claiming to be loud, proud voices for human freedom and equality, all the while holding aloft an Aryan idol.

In their classes, I accused Heidegger of plagiarizing insights from Jewish philosophers Martin Buber and Franz Rosenzweig. They didn’t agree or disagree, they just didn’t care. They dismissed these two thinkers because they hated that they came out of Judaism. Furthermore, they conflated the erased Jewish intellectual tradition with that of the dominant Christian approach, lumping them together under “Judeo-Christian philosophy.” This was a time when evangelicals were seeking to limit women’s and gay rights and Creationists were taking over school boards. Their anger with a certain type of right-wing Christianity turned into Jew-hatred.

They couldn’t absent post-Holocaust philosopher and Talmudist Emmanuel Levinas from the discussion, however. He had studied with Heidegger, giving him credibility that could not be stripped away. He had to be contended with. Levinas fell into Heidegger as a late teen when he first studied under Heidegger’s mentor, Husserl. Soon after studying under Heidegger, Levinas was inspired to translate his work into French, which sparked French Existentialism. (The young Jean Paul Sartre and Maurice Merleau-Ponty were in a bookstore when they discovered Levinas’s translation of Heidegger’s Being and Time. Sartre quipped: this is the book I wanted to write.) Then, as Heidegger was becoming the 20th century’s most celebrated philosopher, Levinas joined the French army to fight the Nazis, who captured and enslaved him for five years. Levinas spent much of the rest of his life critiquing Heidegger, employing the thought of the Jewish Rosenzweig, a knowledge of Jewish Mussar ethics and Talmudic discourse.

Heideggerians reject his analysis while remaining unapologetic at their Heideggerian shrine. I once asked a now-famous Heideggerian (before she became prominent) how she reconciled his Nazism. She explained that it was a suspension of his thought. I asked if she thought Husserl, Jaspers, and Levinas would agree with her. She then pointed out that Levinas gets Heidegger wrong. I said, “He knew him well. You know him only through edited books. I’ll stay with Levinas.” She didn’t care. Why should she?

All of this came flooding back a week ago when a student of mine presented her work on contemporary conspiracy theories informed by Jew-hatred at an undergraduate philosophy conference over Zoom. She focused on three conspiracy theories that vilify Jews: conspiracies involving 9/11, Covid-19 and QAnon. The first and only question about her research was from a faculty advisor from a Midwestern University. The advisor, a lover of Heidegger (evidenced by his t-shirt) had been putting himself forward publicly as a champion of equity, diversity, and belonging. He asked my student: “Aren’t Jews too big to be conspired against?” She took it as a query about Jewish population size, to which she answered there are less than 14,000,000 Jews in the world. (She didn’t say Jewish populations would be bigger if the Nazis hadn’t exterminated European Jewry.) He doubled down, “even so, they’re big.”

He was objecting to her claim that Jews are conspired against by claiming that because of the global political power of Jews, it is fair to accuse them of conspiring for evil – whether the destruction of the Twin Towers, mass death from a pandemic, or Jewish space lasers. These particular instances may not be true, but surely because of the control Jews have, we cannot call them conspiracy theories.

Many faces looked uncomfortable, not only at the overt antisemitism aimed at a student but also with the ease with which he delivered it. This professor, I happen to know, is a member of BDS and was implicitly referring to groups like AIPAC, but the student’s presentation had absolutely nothing to do with Israel – it was about Jew-hatred in three conspiracy theories. This professor refused to allow Jews to ever be victims of conspiracy, whether they are or not. The facts must be denied because of his anger about Israel. All Jews are guilty, are colonizers, are oppressors, are apartheid lovers and may deserve such injustices aimed at them.  That is what this faculty member who expounds on belonging was telling the 21-year-old Jewish student. She does not belong

I was about to speak when the moderator of the session muted me, stating that we needed to move on. The student didn’t get to say anything about her project. She was canceled by a Heideggerian.