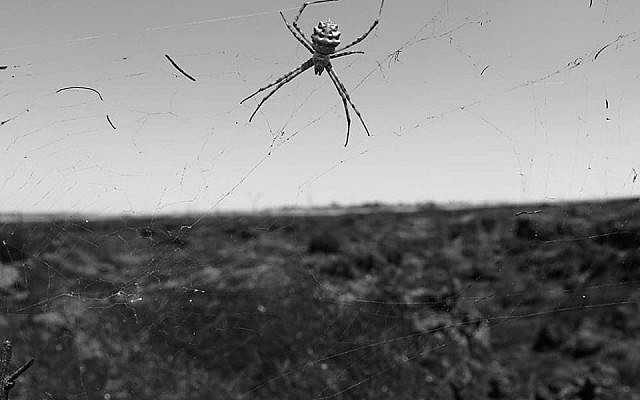 Photographer Menahem Kanana is generously offering the illustration for this blog, see his works at https://www.instagram.com/menahemkahana/

The many can-shaped tin boxes were tightly packed in cardboard boxes with their funnel-shaped mouths facing up. They rubbed against each other as we helped carry them out of the back seat of Grandpa’s car. I distinctly remember this very special rubbing sound.

I also remember the smell of the ink on the newly printed paper-belts around their ‘bellies’ that were attached around each tin box with a small piece of clear scotch tape.

The day the collection boxes arrived was always exhilarating. There was tea in the pot and freshly baked cake and biscuits with lemon glaze for the ladies who came to fetch their respective boxes, and at the same time, were marked off on Grandma’s long list. They all belonged to her vast social network.

The faithful core of collectors were her school friends who had stayed together since the first
grade, which they must have begun in 1908 or 1909. Grandma had also engaged her friends from the volunteer female defense corps, the Lotte Corps, the neighbors, and not least of all, the family’s capable women: sisters-in-law, aunts, nieces, daughters and daughters-in-law. In the late 1960s we, the teenage granddaughters were already the next generation.

It was long before plastic collection buckets and adhesive stickers were invented.
“Now be careful not to pierce your fingers on the pins,” Grandma admonished since the little red butterfly-like bows printed on thin cardboard each had a pin through the middle. As if they were dead butterflies on their way to have their species determined and be placed in frames.

Battling Cancer was written in white across each little bow.

I was responsible for keeping track of how many boxes were handed out. So I had to ask each of the ladies, how many of the small butterfly-bows she thought, she would be able to sell. Each collector also received a unique large cardboard bow, which she had to put on her own coat on collection day.

I proudly wore the collector’s bow myself, and without hesitating, I went straight up to strangers in the street with my collection box and asked if they would kindly support the fight against cancer. I considered it almost a civic duty that they should put money in my box. And so most people did.

The bows were 25 øre each – or were they 50 øre? The kindest people were the ones who donated one krone or more but only wanted one bow on their coat. So I could sell the same bows once more.

When the money in the boxes was counted in the evening, with more tea and home-baked cakes around the dining table, the vast majority of boxes had far more money than the number of bows handed out accounted for.

I do not know why my grandmother decided to take responsibility for collecting money for
the Cancer Society. But I do think that was her way of expressing Love thy Neighbour. Of taking responsibility.

Something she had been brought up within her well-to-do Copenhagen-Jewish home typical of those years. Women of the older generation had been responsible for raising money, among other things, for poor Jewish families and their children.

I also think she had some kind of fascination with the fact that the money collected for the Cancer Society went into research to find a cure. Research meant progress. So taking part in the fight against cancer made my grandmother and all the ladies part of the post-WWII great wave of progress.

My mother died of malignant melanoma 15 years ago. By then my grandmother and her collectors were long gone.

Today it makes sense in a completely new way that my grandmother in her day took responsibility for raising money for cancer research and that I, as a teenager, naturally became part of that effort.

When you help others, you never know when you, eventually, help yourself.

This blog is the tenth chapter of my book The Lights Within, read more about the book and buy it at http://www.hannefoighel.com  Anyone buying the book now will receive it as a PDF, while the physical book will arrive post-corona.