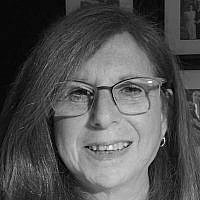 The Blogs
Marcia Gabrilove Ladin
Vice Chair, Hadassah Young Judaea
Apply for a Blog
Advertisement
Please note that the posts on The Blogs are contributed by third parties. The opinions, facts and any media content in them are presented solely by the authors, and neither The Times of Israel nor its partners assume any responsibility for them. Please contact us in case of abuse. In case of abuse,
Report this post. 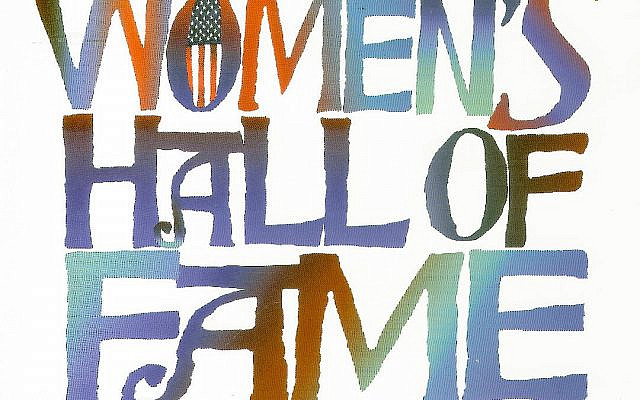 Henrietta Szold, our beloved founder of Hadassah, was a “woman ahead of her time,” and an inspiration to so many throughout the years. Growing up in Baltimore, moving to New York City, and then to Palestine, she found community in each of those cities and made a difference in each. Though she never lived in upstate New York, her connections to the area were of much importance. 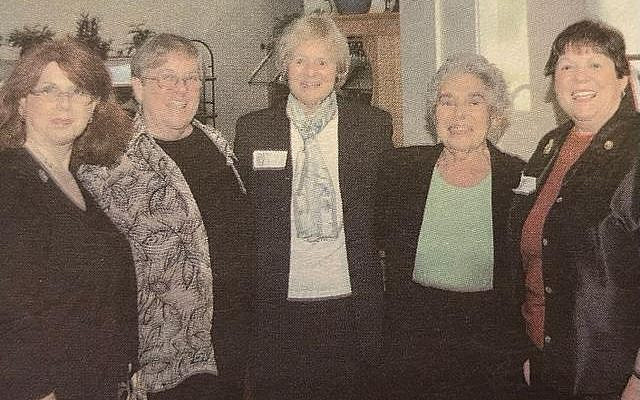 Author Marcia Gabrilove Ladin (far left) at the induction ceremony in 2007 with three nieces of Henrietta Szold and Hadassah Past National President June Walker z”l (2nd from right). Photo courtesy of the author.

The founding of Hadassah, first called the Daughters of Zion, by Ms. Szold took place in New York City on Purim 1912. The following year, June 1913, the Rochester chapter, where I reside, was founded, becoming one of the first 10 chapters in the country. The chapter, now 109 years old, is still active today. In June of 1914, Ms. Szold traveled to Rochester, along with a small group of 18 women from eight established chapters, for the 17th National Convention of the Federation of American Zionists. The women attending joined together for an impromptu meeting, the first convention, chose Ms. Szold as the first president, and voted to change the name of the Daughters of Zion to HADASSAH. 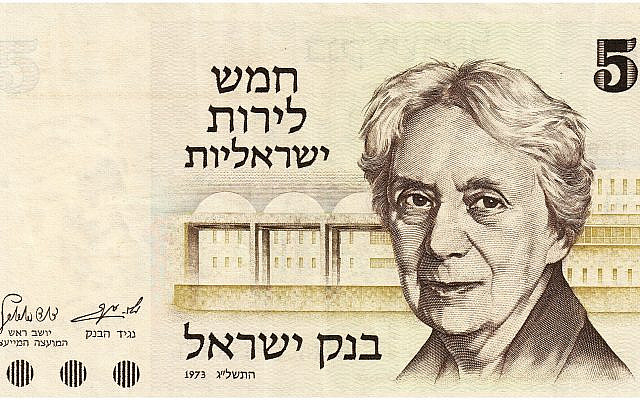 Fast forward to 2005, and after a year of research and writing in conjunction with several Hadassah staff members, I submitted the nomination of Henrietta Szold to the National Women’s Hall of Fame in Seneca Falls, New York. Our strong belief in our founder, what she accomplished in her life, for Americans, for Israel, for women, was the inspiration for our nomination. In early 2007, we received the letter confirming her acceptance, and in the Fall of 2007, she was inducted to the Hall, taking her rightful place next to the almost 300 other inspiring women inductees.

Henrietta’s life was one that we can all admire. Her devotion to education was evident in her work in immigrant education, which became the model for modern night school. She was an early Zionist and activist that earned her the only spot given to a woman on Zionist councils, run entirely by men. She believed in bringing American-standard medical practices to pre-state Israel, and that led to the establishment of the Hadassah Medical Organization and its two world class research hospitals in Israel. Her love of children, though having none of her own, helped her see the need to plan the rescue of the children of war-torn Europe during the Holocaust and bring them to pre-state Israel. She then became the first director of that program, Youth Aliyah, which continues today in Israel, educating and nurturing Israeli youth at risk, children from the former Soviet Union, and especially this year, from Ukraine.

My path in Hadassah includes being involved with Young Judaea. Founded in 1909 as a Zionist youth movement, Hadassah began varied connections in 1941, a few years before Henrietta passed away.  There is no doubt in my mind that the quote she so often spoke, “make my eyes look to the future,” was a sign of things to come. Although today we are two separate organizations, I am proud that Hadassah continues to ensure Jewish continuity, future generations of engaged leaders, inspired activists, and strong Zionists through our partnership with Young Judaea. Ms. Szold would be kvelling.

To many of us, her greatest accomplishment started in 1912 with the organizing of Hadassah, the Women’s Zionist Organization of America. But she accomplished so much more than that. Helping immigrants, rescuing children, educating others, and her lasting impact on the State of Israel is her legacy. Today, as we celebrate Jewish Heritage Month, and honor our founder, Henrietta Szold, I would like to think her spirit is still with us, guiding us. The work she began will continue because of each of us today.

About the Author
Marcia Gabrilove Ladin of Rochester, New York is the Co-coordinator of the Marketing and Communication Division, and the Vice Chair of Young Judaea, at Hadassah, the Women’s Zionist Organization of America. Inc. (HWZOA). Previously, Marcia served as a National Vice President, the Vice Coordinator of the Executive Division, National Board Member and co-chaired the 2014 National Convention in Las Vegas. Before that, she completed four years as the Young Judaea Scholarship chair and continues as a member of the scholarship allocations team. Marcia has also held the National portfolios of Young Judaea Fundraising Vice-Chair, Hadassah Northeast (HNE) Co-op Chair, Henrietta Szold Women's Hall of Fame Chair and National Chair of Bulletins and Publications. Marcia served as President of the Upper New York State Region (now part of Hadassah Northern New England), from 2000 to 2003. Prior to that, she was active on her Hadassah Region Board, serving in multiple areas of fundraising, programming, Young Judaea and Conference chairs. Locally, Marcia is an advisor and print bulletin chair to the Rochester Chapter. Marcia holds a Bachelor of Science in Package Design from the Rochester Institute of Technology, where she met husband through their mutual activities in Hillel. She owned a retail stationery and gift shop for over 25 years and currently continues the business as an in-home studio. She is also an accomplished calligrapher. Her most inspirational work was inscribing over 2000 names in a Holocaust Remembrance Book, commissioned by the Rochester Jewish Community Federation.
Related Topics
Related Posts
Comments