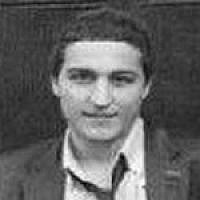 The Blogs
Gurkan Gurkas
Apply for a Blog
Please note that the posts on The Blogs are contributed by third parties. The opinions, facts and any media content in them are presented solely by the authors, and neither The Times of Israel nor its partners assume any responsibility for them. Please contact us in case of abuse. In case of abuse,
Report this post.
From serfhood (truth of life) to selfhood (truth of self)
The herd does not forgive those who leave it as that creates discomfort in them along with the feeling of disintegration.
Because the herd’s attitudes and stances against truth and freedom, which are the reason for its existence, remind the herd’s need for slaves.
Herd does not fear freedom, as is thought, but simply hates it. And what he actually hates is the reality of the self that gives freedom its true meaning.
In this respect, the truth of self is the lodestar. But it is not a simple mechanism that determines and commands the direction of self like in the herd, on the contrary, it makes self to lose the direction and free it from the all forms of commands.
Truth of self in this context is not about thinking on what exists (known and accepted by the herd) but about non-existent (not accepted and unknown by the herd)…
The herd is not just the community of people around you, that sets the rules, cultures, beliefs, and ideologies which create a false sense of belonging. On a global scale, the herd is the alienated trends, short-term popularity, some forms of vain socialisation and forced up-to-dateness (social media).
In all this context, what is called the truth of life is actually a neighborhood that is imprisoned in mediocrity hosted by ignorance and negligence devoid of our own truth.
Therefore save (your) self-truth…Then it will save (your) selfdom then (your) freedom…
About the Author
Originally from Istanbul, Turkey, Gurkan is an Oxford BA (Hons) graduated and pursuing a double master's in International Political Economy at Warwick & Strategic Studies at NTU in Singapore. He is also a published poet.
Related Topics
Related Posts
Comments
Advertisement