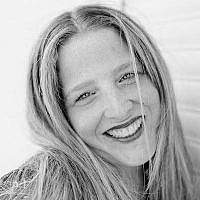 The Blogs
Sarah Raanan
Mum to 4 kids & Alberta the tortoise
Apply for a Blog
Please note that the posts on The Blogs are contributed by third parties. The opinions, facts and any media content in them are presented solely by the authors, and neither The Times of Israel nor its partners assume any responsibility for them. Please contact us in case of abuse. In case of abuse,
Report this post. 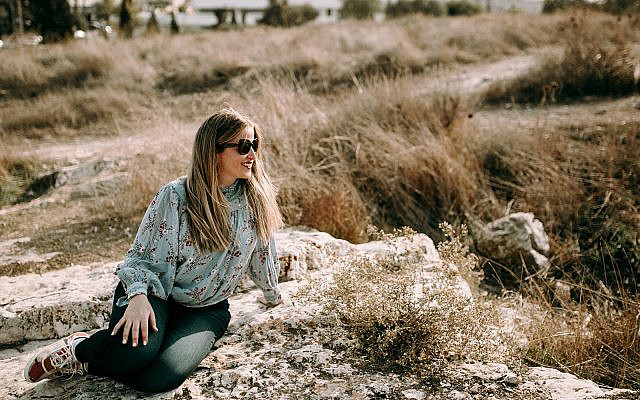 I grew up in a village in London called New Barnet. I went to the local primary school there, played out on the streets with my neighbors, swapped stickers with them, caught ladybirds with them, ate salt & vinegar crisps with them, joined in with their local ‘BMX stunt bike’ club at the end of my street.

As far as I was concerned, my friends and I were the same; we watched the same tv shows, bought the same magazines, ate the same sweets, laughed at the same knock-knock jokes.

Yet I came to understand that we weren’t the same. I sat out on school assembly ‘hymn time’ with the other Jewish kids in my school and one other girl who was a Jehovah’s Witness. I didn’t have ham or Pepperami in my packed lunches, I brought goulash in a thermos. When I wrote an essay for a school project, I wrote about going to shul (synagogue) on Saturday and the teacher outlined the word in red and said “what is this?!”

Then one day, my friend Miki who lived next door to me, who I spent hours playing with, making up dances with, having sleepovers and midnight feasts with, found out that I was Jewish. I didn’t know that she didn’t know & I didn’t know that it would make any difference until she threw a note over our fence. I opened it up .“F*ck off you dirty Jew” she had written. I’ll never forget the feelings I felt reading that – angry, scared, ashamed, lonely.

And so my experience of antisemitism began, at the ripe old age of 11. I learned to hide my Magen David necklace inside my shirt in public, I learned not to tell people who I didn’t know that I was Jewish, and when I started at my Jewish secondary school in Camden Town I learned that I had so much more to learn.

I learned that the two neighbouring schools, Chichester & Holloway, had a favorite pastime at lunch break called ‘Jump the fence & beat up some Jews’. That people you’ve never met before in you life will want to follow you back from school and pull flick knives on you. That during the winter months when it gets dark early, you need to leave school in groups and run to the train station as fast as possible. And to watch out for snowballs because the kids throwing them were filling them with rocks. That some people hold the belief that “Hitler should have finished the job” & that I should f*ck off back where I came from.

If you look up the list of expulsions and exoduses of Jews on Wikipedia, it stretches as far back as 733 BCE when we were first kicked out of Israel (then known as ‘Samaria’) by the Assyrian Empire. And if you look up the expulsion of the Jews from Israel about 2,000 years ago, you’ll see they were dispersed to every country on earth, known as the Jewish Diaspora. And millions of us,  through the ages, have been trying to get back there ever since.

When I was looking into all the countries that Jews have been expelled from, I learned that the number 109 is a white supremacist numeric shorthand for an anti-Semitic claim that Jews have been expelled from 109 different countries. This has also led to the use of the number 110 by white supremacists, the idea being  that the United States should be the next, 110th place to expel the Jews.

So when I was told to  f*ck off back where I came from, did they mean one of these 109 places that has expelled us? Or something else in mind?

Sometimes I’ll have a networking Zoom call with someone who isn’t Jewish & doesn’t really understand what I’m doing here.

They will innocently ask me “what made you move to Israel?” and I honestly don’t know how to reply.

Sometimes I’ll tell them the stories of growing up and experiencing antisemitism.

And sometimes I’ll explain that the family history that we have traced so far shows that we have been expelled from Germany, Poland, Russia & Lithuania.

And that I have no other land.

Here is my home.

About the Author
My name is Sarah Raanan & I’m a Branding Photographer and Instagram coach based in Israel. I'm a dreamer, an introvert, an artist, a great listener, tech geek, writer, book-worm, movie maven, challah-baker, travel addict, lover of good cars and podcasts. I can be quite shy to start off but once you get me going we will never be stuck for conversation. Unless you want to discuss maths and running. Then I'm out.
Related Topics
Related Posts
Comments