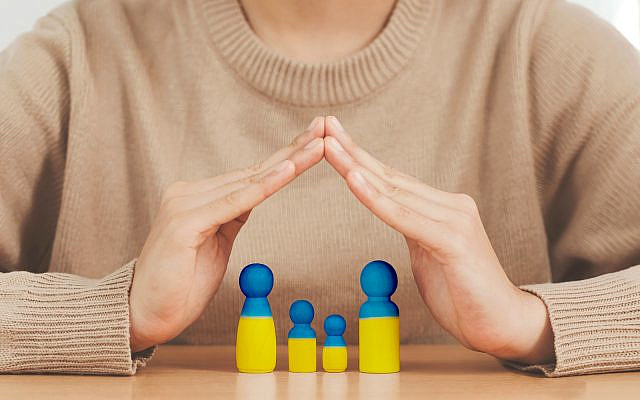 Immigrant stories are particular in their details but universal in their hardships. That thought preoccupied me as I watched “1883”, a ten-episode series streaming on Paramount Plus. It’s the fictional chronicle of a wagon train of German and Slavic immigrants journeying from Texas to Oregon, led by two Civil War veterans and joined by an American-born pioneer family. While all these travelers face the same relentless danger, the Americans have a sense of what they will be up against. They are prepared, or as prepared for the unknown as one can be. It’s the immigrants who are especially vulnerable. Everything is foreign to them- the terrain, the language, the survival skills they will need to contend with the breathtaking—but merciless—landscape. Death from disease, accidents, and attacks stalks them at every turn.

As the story unfolds, the few immigrants who speak English sketch a faint outline of why they left everything that was familiar to take their chances on America, and once here, to believe their best future would be found at the end of the Oregon Trail. People don’t uproot themselves and move halfway around the world on a whim; something bad pushes you or the possibility of something good beckons you. Or both.

Watching the fictional characters of “1883” making their way west, I thought again and again of my great-grandparents, who also made their way west about a decade later. They came from a little shtetl in Ukraine, somewhere between Kiev and Odessa, names we are hearing every day in the news. Pogroms (anti-Jewish riots) and economic turmoil made them desperate to leave. The shtetl’s leaders sought help from Baron Maurice de Hirsch, the German Jewish philanthropist. In 1891, Baron Hirsch founded a philanthropic association whose aim was to “to assist Jews in depressed economic circumstances or countries of persecution to emigrate and settle elsewhere in productive employment.” The association established agricultural settlements on lands purchased in Canada, the United States, Argentina, Brazil, and Ottoman Palestine.

Thanks to Baron Hirsch, my great-grandparents and many from their shtetl were resettled on the Canadian prairie. Whether they ended up in Hirsch, Saskatchewan or in one of the Manitoba settlements is unclear, but to the bitterly cold, desolate, unfamiliar prairie my great-grandparents went, along with the oldest of many children who would be born to them.

The series “1883” wastes no time showing us how precarious life was for wagon train pioneers heading west. For Elsa, the 18-year-old daughter of the pioneer family, the character most captivated by the beauty and freedom of the prairie, reality forces a grim reappraisal. “Winter can’t wait to have at us. Can’t wait to join with the land and run us off or kill us. If land can have emotions, this land hates. It hates us. And everyone can feel it.”

My great-grandparents must have felt the same. The harsh conditions on the Canadian prairie killed off scores of immigrants in the first year. According to family lore, a few of the men, including my great-grandfather, begged Baron Hirsch for money to enable them to move somewhere else. He was willing to provide it but warned them that the shtetl would have to split up—no community would take them all. So, they did. My great-grandparents made their way back across the prairie; a daughter was born in 1893 in a Manitoba town near the Minnesota border. Eventually, they settled in St. Paul, Minnesota, where my grandmother, mother, and I were all born.

For the survivors of such an odyssey—whether fictional or familial—reaching your destination is not the end of the struggle, only the start of a new chapter. A foreign language awaits you, an unfamiliar culture perplexes you, the need to put food on the table hounds you every day.

My great-grandparents got by, somehow. Their immigrant story is both particular and universal—their children grew up as Americans, and for their grandchildren, the “Old Country” was ancient history. The family tree that nearly froze on the Canadian prairie sunk deep roots in America, a tree that continues to grow and thrive.

I am three generations removed from the struggles my immigrant great-grandparents faced, for my grandchildren, it’s five generations. We had the good fortune of being born long after our ancestors did all the hard things. There is so much unmerited luck in where and when you are born. Dreadful is the person who embodies the expression “born on third base, thinks he hit a triple.” We should feel gratitude to those who survived the struggle and made our lives possible. Humility in our good fortune. And empathy for those whose immigrant struggle is not generations past but happening right now.

Which brings me back to Ukraine, the place my ancestors left 130 years ago. Some four million Ukrainians have fled the war that was unleashed upon them six weeks ago. Some might settle in the countries where they’ve taken refuge; others might return to Ukraine when the war is over. They are all in the middle of a terrifying unknown. It will take tremendous strength and support to survive.

Humanitarian aid to Ukraine is pouring in from all over the world. I’m proud to say that our local Jewish community has raised over a million dollars in just one month through the Minneapolis Jewish Federation’s Ukraine Campaign. TCJewfolk reports that those funds will support urgent necessities including community security, temporary housing, emergency needs in Jewish schools, and Aliyah-(immigration to Israel) related assistance.

Meanwhile, the Ukrainians–those who have fled and those who have stayed–are doing what they must to survive. Wherever they find themselves, I pray they’ll soon reach the point where they can say, “Here, the journey ends. Here, we build (or rebuild) a home.” I hope their family trees will continue to grow, and eventually, flourish.

And, I hope their descendants will have reason to think they were born in a good place and time, looking back with gratitude and humility at those who did the hard things that made their lives possible.

About the Author
Sally Abrams co-directs the Speakers Bureau of the Jewish Community Relations Council of Minnesota and the Dakotas. Sally has spoken about Israel and/or Judaism in hundreds of churches, classrooms, and civic groups. Building bridges between the Jewish and non-Jewish communities is central to her work. She believes deeply in the power of words to educate, illuminate, and inspire. Sally speaks fluent Hebrew, is wild about the recipes of Yotam Ottolenghi, the music of Idan Raichel, and is always planning her next trip to Israel. Visit: sallygabrams.com
Related Topics
Related Posts
Comments