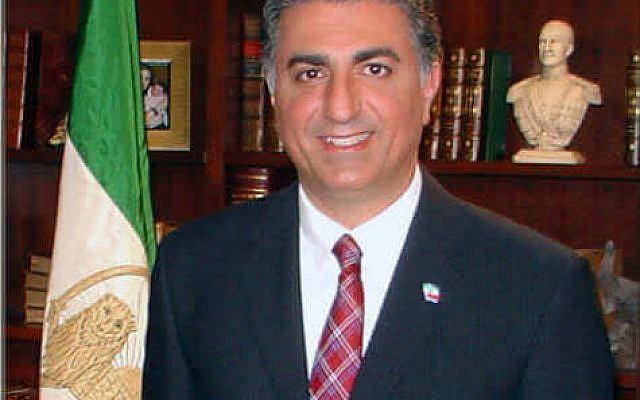 Facing domestic and global pressure, Iran’s ruling establishment seems unable to tackle the challenges facing the country. A struggling economy, made worse by mismanagement, shrinking water resources, poor infrastructure, military adventurism in the Middle East, regional confrontations with neighbours as well as marginalised ethnic minorities and gross human rights violations on a daily basis ring the alarm that the Islamic Republic is in a political crisis. Moreover, the regime’s interference in the domestic affairs of neighbouring countries and its state level support for international terrorism have left Iran facing the toughest economic sanctions in its history. As a result, paying wages has become a major issue for the Velayeti-Fagih system and today, many Iranian workers and teachers have not been paid their wages for months. The failed model of Khomeini’s political system has already damaged Iran’s potential and, if it is not addressed, it will have serious consequences.

The exiled Crown Prince of Iran, Reza Pahlavi, described the current situation in Iran concisely: “The atmosphere [in Iran] seems to be close to a flashpoint.” Recent street protests against the economic hardships and the regime’s failed economic policies can be seen as a rejection of the ruling establishment. Protestors frequently chant slogans in favour of Reza Pahlavi and a sense of affection for the late Shah, or the idea that Iran was better off during his reign, is becoming prevalent among Iranian society. Even the former Iranian president, hardliner Ahmadinejad, has acknowledged it. 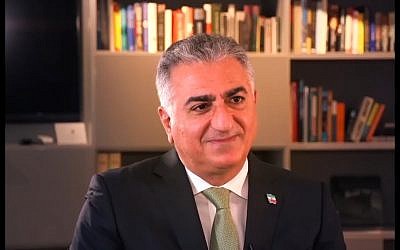 Considering the fact that the Iranian opposition still struggles to forge a strong, unified, broadly representative front, the question of leadership becomes especially important. Certainly, leadership is an indispensable part of any political transformation, so the right leadership is crucial. It will be tough but leaders are required who can bring together all Iranians from different walks of life as well as from different ethnic, religious and political sections of society.

REZA PAHLAVI AND REACH OUT

Crown Prince Reza Pahlavi seems to be the only viable option to lead a united front of the Iranian opposition against the regime. First and foremost, Reza Pahlavi presents himself as a symbol of Iranian resistance who is not interested in the throne, and his call for peaceful disobedience reminds us of the famous Mahatma Gandhi. The Crown Prince is a well known advocate of secular and democratic governance in Iran and the staunchest critic of the Tehran regime. His popularity has been rising rapidly inside Iran since 2016, according to various experts.

His experience and ability to analyse the Iranian regime make him someone the Obama administration should perhaps have listened to. Mr Pahlavi’s political background is, of course, a major part of his leverage. His ability to understand the rapidly changing world and how Iran cannot keep aside from it proves that he is a man of vision. His speeches and interviews highlight the importance of the liberal democratic political system, the maintenance of good relations with Iran’s neighbours and addressing economic hardships with theoretical solutions. In his interviews Reza Pahlavi has described his readiness to be part of change in Iran. He has always been clear that he does not agree with the reformist-versus-conservative approach to politics in the Islamic Republic, as the entire political system is the problem and it cannot be fixed or reformed, it has to be changed.

Another important aspect of his platform is preparation and a careful approach to a post-Islamic regime. The lack of preparation was a decisive factor in the aftermath of the Arab Spring, as after regime change many opposition leaders fell short on what to do next. Regime change requires a well calculated and analysed plan of action. Pahlavi calls the Iranian people to show “peaceful disobedience” and in his message on the 40th anniversary of the Islamic Revolution he urged young Iranians to seize the opportunities and change the ruling clerical system in order to save Iran from further destruction.

Considering Iran’s ethnic make-up and the hardships Iran’s ethnic minorities are facing, it is vital for Reza Pahlavi to reach out to these minorities and find solutions to their problems as part of facilitating true democratic change and reform. Thus, accommodating Iran’s minorities and pledging to embrace ethnic minority rights in a free, united Iran is something that can boost his ability to form a very strong, broadly representative and unified opposition. In fact, Mr Pahlavi seems to be the only person who is capable of doing this.

Overall, Mr Pahlavi’s intentions to give all rights to the Iranian people and create a secular, parliamentary democracy is the only solution to save Iran and its neighbours from the political confrontation and dangers in the region.