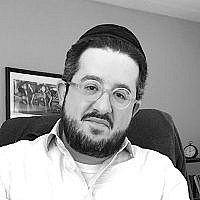 The Blogs
Binyomin Yudin
Apply for a Blog
Please note that the posts on The Blogs are contributed by third parties. The opinions, facts and any media content in them are presented solely by the authors, and neither The Times of Israel nor its partners assume any responsibility for them. Please contact us in case of abuse. In case of abuse,
Report this post. 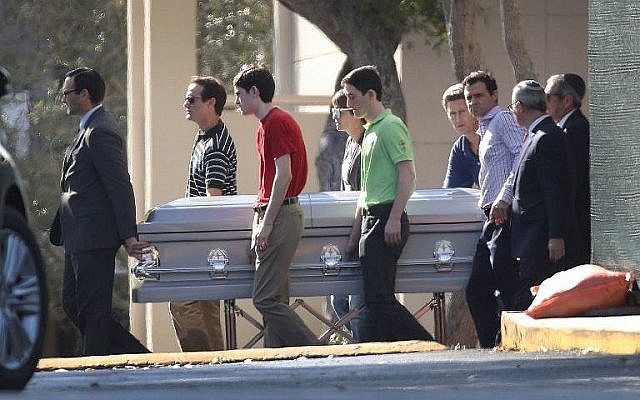 On 3 October 1944, Private Yudin, seeing two of his comrades fall from enemy fire, immediately set out under intense enemy fire to the aid of the wounded men. Crawling about 200 yards, Private Yudin reached the men, administered first aid, and then returned with the first wounded man to a place of safety, again returning to evaluate the second man. Private Yudin’s heroic actions and high regard for his comrades reflect great credit upon himself and the Military Service.”

The above quote was taken from from the official document awarding my grandfather, Joseph Yudin, the Silver Star. Anyone who knew my grandfather knew he was a kind, giving person, kind of quirky, with a heart of gold. I don’t know a single person, though, who could picture him doing a soldier crawl under enemy fire for the length of two football fields. In fact, when he passed away, surviving army buddies of his visited my family at the shiva house, recounting how my grandfather was the nicest guy, would give you the shirt of his back, etc… but was the worst damn soldier in the entire US Army.

A friend of my grandfather’s, who used to learn with him every Shabbos afternoon, had the idea to interview my grandfather. My grandfather had all of these stories, told in bits and pieces, and he wanted to get them all on video. I watched these for the first time when I was about 22 with my then fiancée, wanting her to get a glimpse of who this man had been. When the fellow interviewing asked my grandfather what he had been thinking when he went to save those men, my grandfather said, “I wasn’t. Had I been, I wouldn’t have done it. I just saw them and acted.”

We have unfortunately become accustomed to violence in our daily lives. It is in our entertainment, it is in our social media feeds, and it is in our news. We become immune until the violence is so extreme that we can’t help but pay attention.

We all have a drive for aggression. We get angry and we want to be destructive. Normally, we take that aggression and channel it into appropriate productive places, or at the very least we hold it and don’t point that destructive force at others. Its the struggle between our animal selves and our human selves.

The Hasidic masters talk much about us having two souls, one ensconced within the other. Our animal soul is driven by the quest for self-preservation. This skews our perceptions and pulls our focus toward things which feed who we are. This is not necessarily a bad drive, but it can be misused, or over indulged. The other soul is a godly soul. It strives to reconnect with the divine. Decisions guided by this soul are one’s that have us become better. As humans our growth can be measured by how godly we become.  One may say that decisions we make with our godly soul are ones that make us more human. Those decisions are the end, and the animal soul’s decisions are the means.

On Wednesday, February 14, 2018, at 2:21 p.m., a young man entered Marjory Stoneman Douglas High School with a rifle. He proceeded to shoot into hallways and classrooms, killing 17 and wounding more. There is a lot of discussion about what happened to this young man, what could have prevented it. These are important conversations. For our purposes though, I think its important to discuss the humans.

Aron Feis jumped in front of a hail of bullets to shield his students. He actually ran toward the gunfire actively guarding three students.

Scott Beigel was killed when he attempted to bring his students into his room. The door to Mr. Beigel’s classroom was locked. When he saw students were in danger he unlocked his door to allow the students in and stood in the doorway, collapsing after he was shot.

Colton Haab, a 17-year-old Junior ROTC student brought 60-70 people into a room and put kevlar sheets in front of them to slow down any bullets.

Anthony Borges, a 15-year-old student was the last student to enter a classroom when the shooter approached.He put his body between the shooter and his fellow students, shielding them and taking five bullets. He survived, but has a long road ahead.

What happens to people in these moments? What happened to my grandfather when he saw those men? He, and these heroes, become the best version of themselves. Their apotheosis occurs when they decide that the sanctity of human life is above all else. This is seen most by the juxtaposition of their actions to those of someone who did not cherish human life, or those that make this about anything else other than its supreme value.

Imagine if we all made decisions as humans. Imagine if the way we treated people was recognized as an opportunity to be our truest selves. Then we also could be human, only more so.

About the Author
Binyomin Yudin is a psychotherapist in private practice in Cincinnati, Ohio Born in Harrisburg, PA, and raised in Baltimore MD, he attended several yeshivos after high school eventually landing at Ner Israel in Baltimore until his marriage in 2002. He spent several years learning at kollelim in Israel, and after a stint in the rabbinate in St Louis, settled in Cincinnati, OH, with his family.
Related Topics
Related Posts
Comments
Advertisement