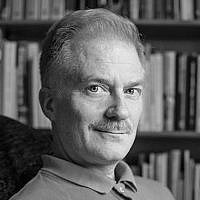 The Blogs
Philip Earl Steele
Apply for a Blog
Advertisement
Please note that the posts on The Blogs are contributed by third parties. The opinions, facts and any media content in them are presented solely by the authors, and neither The Times of Israel nor its partners assume any responsibility for them. Please contact us in case of abuse. In case of abuse,
Report this post. 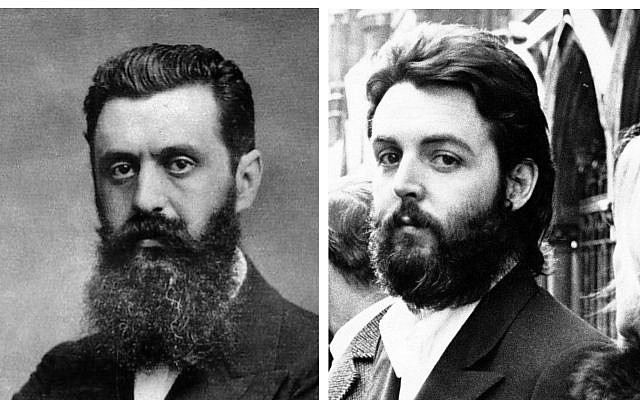 With Paul McCartney having just rocked Glastonbury, and the anniversary of Theodor Herzl’s death on July 3rd, what Beatles fan slash researcher of early Zionism can’t help but connect the two men?

It must be easy for Israelis to believe that Sir Paul has a warm spot for them. In 2008 he played a huge concert at Tel Aviv’s HaYarkon Park for the 60th anniversary of Israeli independence. Many Israelis also know that both his first wife Linda, and his wife Nancy today, are Jewish. Of course, so was the Beatles’ manager, Brian Epstein.

My recent research on Theodor Herzl brings up other – admittedly, quirky – connections between Sir Paul and Israel. Just fun stuff to treat with a wink and nod, but charming nonetheless.

What I’ve discovered is that Herzl’s biographers have had it wrong. On numerous occasions over the years before his conversion to Zionism in 1895, Herzl did in fact come across the Zionist idea and learn of Zionist efforts. Puzzlingly, those instances didn’t however register with him, such that in 1895 Herzl thought he had cooked up Zionism from scratch, all on his own. And so the story goes to this very day…

Whether deliberately or not, it seems Herzl’s mind was somehow shielding Zionist ideas and efforts from his conscious thoughts. Until, that is, it all came bursting through.

In a way, this reminds me of Eleanor Rigby, the song Paul McCartney composed in 1966. McCartney explained that he’d been sifting for a name for the lonely woman in a new song he’d conceived. He said ‘Eleanor’ appealed to him, as the Beatles had enjoyed working with Eleanor Bron on the movie Help!. Later, when he happened to see the name Rigby’s on a store-front, he thought, “that’s it! Eleanor Rigby”.

Decades later someone noticed a gravestone at the cemetery of St. Peter’s in Liverpool engraved with… yep, “Eleanor Rigby”. Now, St. Peter’s was a place Paul frequented as a boy. He supposedly met John Lennon here in 1957 at a church event. The cemetery was also along a shortcut the two would take to visit each other as teens.

died in the church and was buried along with her name.

McCartney has insisted that, when writing the song, he had no recollection of the gravestone, nor any memory of ever coming across the name ‘Eleanor Rigby’ – but there it is. As Sir Paul once conceded, ‘Eleanor Rigby’ must have lodged deep in his aural memory, only years later to tickle – albeit without churning up the original memory of having read the name on the headstone.

I think something like this helps to explain Herzl’s “discovery” of Zionism in 1895.

I’m sure many other connections between Macca and Dori could easily be dreamt up. But there is at least one that’s undeniable – and quite striking, really. It regards one of Herzl’s best feuilletons – and Penny Lane, one of McCartney’s best songs. For they really do resemble each other.

Herzl wrote the feuilleton “Luz, das dorf” – Luz, the village – for the Viennese daily Neue Freie Presse in the summer of 1891 while in the mountains of Occitania, the region joining France and Spain. Luz struck Herzl as simply idyllic – hence his feuilleton is full of warmth and wry humor in describing the place and its people. He even gave the feuilleton a backing soundtrack, as it were: “a serene place, this village of Luz. Through it rushes the Gave de Bastan, tossing its foamy waves, ever new yet ever the same, against the selfsame rocks. And thus this urgent stream produces a single soothing, lulling melody of but a few notes.”

At the close of his feuilleton, Herzl states outright that he is singing of Luz – and so beautifully, it must be added, that he won the post of Paris correspondent for the Neue Freie Presse. That’s how much the young contributor impressed his editors in Vienna.

The most compelling connection with Penny Lane is in Herzl’s account of sitting on the market square, invisibly observing the community. The village Luz is in my ears and in my eyes… Like McCartney, Herzl too creates moving, ironic portrayals of particular townspeople – namely, the blacksmith, the shoemaker, and… the barber! How can that not bring Penny Lane to mind?

Penny Lane, the barber shaves another customer,
we see the banker sitting waiting for a trim.
Then the fireman rushes in from the pouring rain.
Very strange!

Not to overdo things, but the truth is Herzl also exclaims “Very strange!” about Luz. Unsurprisingly, as in reaction to a public funeral procession for… “a woebegone cow hung with garlands, her flanks draped in colored fabrics”. Yet it’s not a dirge one hears – rather, it’s that frolicsome piccolo from Penny Lane.

About the Author
Philip Earl Steele is an American historian based in Poland, specializing in the history of Christian Zionism.
Related Topics
Related Posts