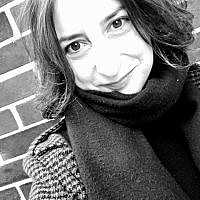 The Blogs
Atira Winchester
Apply for a Blog
Please note that the posts on The Blogs are contributed by third parties. The opinions, facts and any media content in them are presented solely by the authors, and neither The Times of Israel nor its partners assume any responsibility for them. Please contact us in case of abuse. In case of abuse,
Report this post. 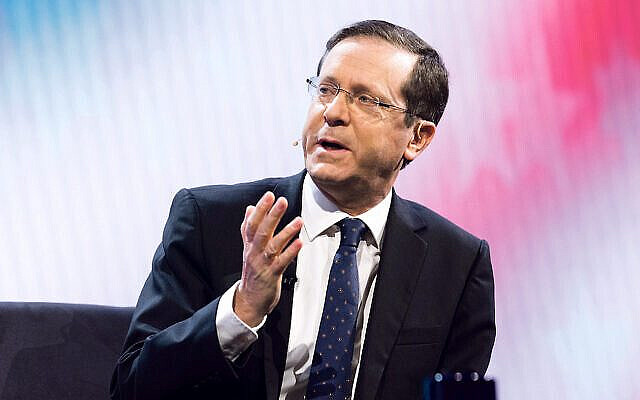 This Sunday night the world watched as Israel’s 11th President, Isaac Herzog, lit the first candle of Chanukah at an official ceremony at the Tomb of the Patriarchs in Hebron.

No other sitting president has been hosted inside the Tomb of the Patriarchs – also the home of the Ibrahimi Mosque – since 1967. No other president, regardless of political affiliation, has publicly aligned themselves with what is widely accepted as the most ‘hardline’ of settlements.

Barely 28km from Jerusalem, Hebron is home to 200,000 Palestinians. It is the second largest city in the West Bank, and the only Palestinian town with a Jewish settlement wrapped up in its heart.

The Old City of Hebron has 34,000 Palestinian residents and a Jewish settlement of roughly 800 people. In 1997, with the 1994 Baruch Goldstein massacre still fresh in people’s minds, Israel retained responsibility for security of this area as part of the Hebron Agreement.

With an openly-declared policy of segregation and separation, the IDF has closed off wide swathes of the city to Palestinian foot traffic, shuttered hundreds of businesses, and intensified the patrolling and control of the city to a point where life for Palestinians has become almost unbearable. Only the most steadfast (or poorest) Palestinians remain in the Old City under this regime.

In my role as Director of Programming and Content for New Israel Fund UK I have visited many places in the West Bank and seen the Occupation up close. In 2019 I visited a Physicians for Human Rights Israel mobile clinic in the tiny village of Al-lubban ash-Sharqia where dozens of sick Palestinians waited hours in the brutal heat of summer for the chance to see healthcare professionals who, because of healthcare inequalities, would never normally reached their town.

I’ve been to Barta’a, where a Palestinian taxi driver called Mahmoud related his experience of being brutally attacked by settlers while simply trying to drive from his home town to Jenin. You don’t forget the experience of seeing the reality of the Occupation up close: brutality, despair, and the quiet, slow stranglehold created by Israeli government policy.

And yet nothing prepared me for the horror of Hebron.

If you want to see the logical conclusion of the Occupation, visit Hebron.

Hebron haunts you for years. The main streets of the Old City are desolate and intentionally ‘sterilised’.

Palestinians are forbidden to leave via their own front doors on to the Old City’s main street, Shuhada. Checkpoints at most street corners (21 in total) ensure that Palestinians are regularly humiliated by routine searches, metres from their houses.

Meanwhile, the 800 or so Jewish settlers in the area roam freely, protected by a similar number of IDF personnel: one soldier to one settler.

There are no winners in Hebron. To live there as a Jewish settler is be complicit with the moral turpitude of the status quo. To live there as a Palestinian is to suffer. In this way we are all losers in a city that was once vibrant and filled with commerce and life.

When I visited Hebron with NIF grantee Breaking the Silence, they told us how the IDF uses the city for ‘gibush’ – solidarity training for soldiers – toughening them up and helping them bond over their shared mission and vision. ‘Hebron zeh Hibur’ was written in large letters on the walls of the IDF post. Hebron means Connection: to the land of our fathers, to the tomb of the patriarch Abraham, and by extension, to the vision of separation and settlement.

I care about what happens in Hebron because I care deeply about human rights and about ending the Occupation.

But for me, it’s also personal.

Just like Herzog — who mentioned this as he lit the first candle — I have a relative who was caught up in the infamous Hebron riots of 1929. That relative was my grandfather, Reb David Winchester, an American-born student of the Hebron Yeshiva at the time.

Stabbed 13 times and taken for dead, he came out of that experience with a redoubled dedication to hesed, the Jewish principle of loving kindness.

Those who knew him tell of how as a Rabbi in Chicago’s Albany Park he would come home in his shirtsleeves in winter, having given his coat to people on the street. Food parcels would appear anonymously on people’s doorsteps; he welcomed people with fleas into his home.

Even his pay check eventually had to be diverted to my grandmother to ensure that he wouldn’t give it all away before he got to his house.

I’m telling you this story because the lesson that my grandfather took from his experience, and that I strive to take from him nearly a hundred years later, is the imperative to act with hesed, true kindness. The imperative we have as Jews to see other people’s hardship and to empathise.

I fervently wish that this is what Herzog, who has verbally committed to be ‘everyone’s president’ and to ‘lower the flames’ of violence, would learn too.

I am less interested in whether Herzog is wooing the right with this visit to Hebron, or positioning himself as potential PM in the 2028 elections, as some have suggested.

I want him to understand that when he lights a Chanukiah with fascist-adjacent political figures such as Otzma Yehudit leader Itamar Ben Gvir (who until recently had pictures of Baruch Goldstein hanging from his wall), he is turning his back on the sky-high levels of unemployment, poverty, and the morale-breaking attrition and humiliation of life under Occupation.

About the Author
Atira Winchester is the Director of Programming and Content at the New Israel Fund in the UK. Her previous roles include Head of Creative Learning at JW3. She is an active member of the egalitarian ASSIF community at NNLS in London. Atira lived in Jerusalem between 2000-2008.
Related Topics
Related Posts
Comments