Bari Weiss recently wrote a powerful essay, titled “Everybody Hates the Jews,” which raises the alarm on growing antisemitism in America, from both the right and the left. This piece, by the favored, former New York Times opinion columnist (who gave up what many think is one of the best jobs in the world to be independent) is partially based upon a newly released Brandeis study examining antisemitism on US college campuses. Still, Weiss’ analysis goes far beyond the study to describe the surging levels of antisemitism that permeate the entire political spectrum.

As a lifelong Zionist, I have a question for Weiss. Given her detailed account of the profoundly troubling escalation of hate crimes against Jews, why not promote Herzl’s antidote to rising antisemitism in Europe, and suggest aliyah (moving to Israel) as a solution for American Jewry’s problems?

In my youth, I believed Herzl was correct, i.e., the establishment of a Jewish State would normalize the Jewish people worldwide. Herzl posited that creation of a Jewish safe haven would provide a solution for those who settled the state, as well as for those living in the diaspora. When I first moved to Israel in 1975, at the age of 20, it was not to run away from America (a country I love to this day, and whose history I have spent a good part of my life writing about). I made the move to take part in the most crucial experiment in modern Jewish history; the creation and maintenance of the Jewish State. Jewish history was being made in Israel, and I wanted to be a part of that.

I also believed America was different, and that serious antisemitism could not flourish in the United States. American Jewry nearly started off on the wrong track, when Peter Stuyvesant disapproved of Jews settling in New Amsterdam. However, Stuyvesant’s decision was overturned by his Directors back in Amsterdam. Still, there have been ugly anti-semitic incidences in US history, such as, Ulysses Grant’s exclusion of ‘Jewish traders’ from his camp; and the hanging of Leo Frank outside Atlanta in 1915; not to mention, a lineup of infamous American antisemitic demagogues, including Father Charles Coughlin, and more recently, Reverend Louis Farrakhan.

Nevertheless, I still thought that George Washington’s “Letter to the Jewish community of Newport” set a prevailing tone of tolerance and acceptance of Jews in America. Although Grant took the action he did, his decision was swiftly overridden by President Lincoln. While Father Coughlin’s rhetoric was probably responsible for the lives lost of several future Holocaust victims, (whom the US denied entrance into the country, to some extent, based on fears touted by Coughlin supporters). Yet, ultimately, the US did join the fight against the Nazis, and moreover, it was US troops, and US equipment that ended the Holocaust and defeated the Nazis.

After WWII, public opinion surveys showed that antisemitism in the US had plummeted, as a result of the realization of what had happened in the Holocaust, combined with the establishment of the State of Israel. The post-war years began the dawn of the golden age of American Jewry. By the 1960s, most of the hidden barriers for Jews in college admission, professions, and housing started to disappear.

By the 1990s, a profound change had occurred. In attempts to be “P.C.,” instead of calling the U.S. a Christian nation, politicians and other public officials began use of the term “Judeo-Christian when they referred to the American nation. The repeated use of the term transformed a rhetorical notion, to an accepted understanding of the American cultural heritage. Jews were suddenly considered a part of mainstream of America. At that time, it appeared Antisemitism in America was indeed a relic of the past. Unfortunately, after reading Bari Weiss’s article, the original Brandies study, and event of the last five years, I must consider the possibility it might have been delusional to reach the conclusion I did.

Antisemitism has now come roaring back in the US. Why? In short, the upswing of Antisemitism in the US has been precipitated by America’s descent into tribalism and identity politics. Future historians will debate why this fundamental existential shift emerged. Is social media responsible? Are cynical politicians to be blamed? Or perhaps, other factors are liable?

I will leave that conversation for a different piece. Whatever the cause, this shocking regressive shift is very much a reality. When tribalism becomes the dominant consideration in political expression, over the ideas expressed by the US Constitution (and its amendments), Jews will find themselves on the outside; subject to attacks by both the left-wing and right-wing — sometimes for contradictory reasons. Despite all their wealth and power, American Jews are suddenly the outsiders, under siege.

This brings me back to my original point. Perhaps, moving to Israel is the solution. In my youth, I held the view that all Jews should move to Israel, and furthermore, if you did not move to Israel, you could not call yourself a Zionist. I was even co-founder of a short-lived movement that called on Americans to take the leap and make aliyah. (We handed out flyers at Israeli folk-dancing, saying, “Stop dancing, and start moving”). However, after living in Israel and better understanding the complexities of Israeli society, I became much less adamant in my views of aliyah for all.

Having spent my adulthood evenly divided between Israel and the US (with the last ten years in Israel), I developed more respect for the flourishing US Jewish community, and the difficulties entailed in moving to Israel. But, in light of the scathing indictments laid out in Bari Weiss’ piece and, of course, observation of events in the US over the course of the past decade, my views have evolved, once again. It is time for American Jews to reassess their future and consider the genuine alternative of moving here.

Israel is far from perfect. The list of things I wish were different here would fill pages. Nevertheless, Israel is the one place on earth where our future is in our own hands. No, I am not suggesting that my entire generation (I am in my mid-sixties) move here. Many of you are likely too rooted. And unlike me, most of you would arrive in Israel without several of the advantages necessary to succeed here — i.e. Hebrew fluency; and having served in the IDF, as have all your children— Attributes that help me to be an insider.

My suggestion to vigorously consider aliyah is aimed at my children’s generation. The generation that is just starting out, some of whom already have young children; the generation of American Jews who (based on Weiss’; a viewpoint I find myself agreeing with more every day), will live in a society where their identity, and possibly even their existence, will be questioned and attacked, at ever shorter intervals. While I do not believe US Jews are currently in the Herzlian stage of European Jewry in which, “A fire is burning beneath the feet of American Jewry,” it might be time to rethink American Jewish priorities.

Aliyah is not the answer for everyone, nor do I believe that 6 million American Jews will suddenly and magically move here. In fact, despite the evolution in my thinking, I still believe that assimilation may nevertheless remain the largest threat to American Jewry. However, if current trends in acts of antisemitism continue, it may be time to envision a different future for American Jewish youth.

As a student of history, I know that many historical themes repeat themselves, and antisemitism is undoubtedly a recurring theme. History does not repeat itself in exactly the same way, so, the future of American Jewry has yet to be written. It is definitively possible that America may return to its ideals, with the deep rifts healed, and latest waves of antisemitism could recede. However, sadly, the hatred and division could get worse, and we Israelis have shed our blood and sweat for over 70 years to make sure a life boat is available for diaspora Jews; so Jews will never again endure the fate suffered by European Jewry. 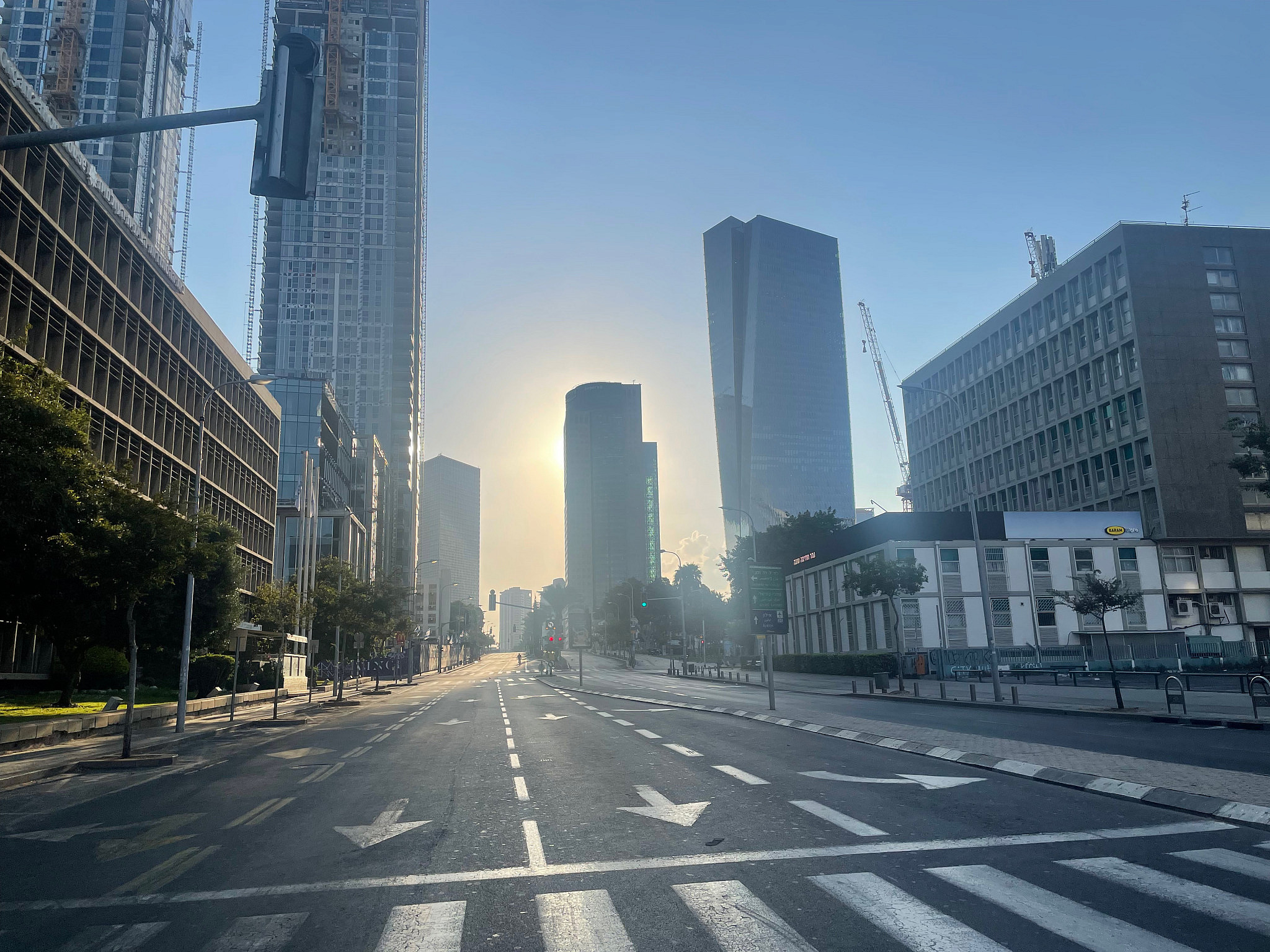 But wouldn’t it be better not to wait … Not to come as potential refugees, but to come when you can help solidify, nurture, and cultivate the lifeboat? For most of Israel’s existence, American Jewry looked upon the Jewish State as a place for others Jews. Now it may be time to think of Israel as a home for next generation of American Jews.