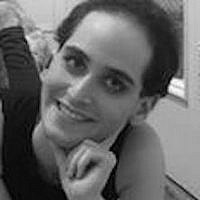 The Blogs
Abby Stein
Apply for a Blog
Please note that the posts on The Blogs are contributed by third parties. The opinions, facts and any media content in them are presented solely by the authors, and neither The Times of Israel nor its partners assume any responsibility for them. Please contact us in case of abuse. In case of abuse,
Report this post.

There is a quote from the Mishna (2nd century rabbinic literature), that I constantly heard growing up, usually used out of context. The rabbis have a saying when they have to talk about something where there is no right or wrong, “Oy (roughly translated as bad) if we say it, Oy if we don’t say it.” Sometimes there is no right way to say something. Yet, it is still important that we talk about it.

This is how I feel about what I am about to write. In the last few years, I found myself constantly in uncomfortable positions because of my opinions, from both sides. However, I strongly believe in speaking out. The more complicated and awkward it is the more important it is that we do talk about it.

The BDS (Boycott, Divest, Sanction) movement is not in anyway ‘news’ to the American Jewish Community, neither is it new to American college campuses. As a self-identified Jewish Liberal, it took me a while to work out my own feelings on and around BDS. Currently, I am a member of J Street CU, the Columbia University chapter of the national J Street organization, and I proudly identify with our centrist policies. J Street U’s Motto “Pro-Israel, Pro-Peace, Pro-Democracy, Pro-Two States, Pro-Justice, Pro-Human Rights, Pro-Palestinian” is self-explanatory. I always joke that where this leaves us is that everyone is upset on us; the Right thinks we are too Left, and vice-versa. However, as with most conflicts, the solution lies somewhere in the middle, and indeed J Street has been gaining momentum in the American Jewish communities, and beyond.

One place where BDS, or rather where actions are underway to implement BDS, that is news, is my school, Columbia University. Two students groups, SJP (students for Justice in Palestine) and JVP (Jewish Voice for Peace), launched the campaign, named “Apartheid Divest,” pretty much as expected. I am not here to combat BDS as a whole. I wrote another post about that (on my blog), and we at J Street CU already had an event discussing what options we, progressive Jewish Students – who believe in the right the Palestinians have to self-determination, as well as the right of Israel to exist as a democratic and Jewish state – have at this time. I want to talk here about a separate, yet closely related topic, one that I wanted to write about for a while, and now is the perfect time.

Two days after the launch of the Apartheid Divest campaign, the Columbia Queer Alliance published a statement in support of the campaign, followed by a few other ‘liberal’ campus groups also expressing their support for “human rights” through BDS. This trend is not new at all, and there have been quite a few articles written about it. Liberal human rights student groups, who as I can personally testify, do amazing work, and mean well, feel that in order to be good liberals, they have to be anti-Israel. What these groups miss or simply refuse to acknowledge is that it is not black and white. Besides the under-informed and under-educated decision, they reject, marginalized, or are just not serving to the thousands of students, Jewish and non-Jewish alike, to whom their group might be the only “safe space.” On this, I want to share my own experience.

More than three months before I went public as a Woman of Trans experience, at a time when my support network was close to non-existing, I joint Columbia’s Trans support group. In so many ways, I was at the darkest point of my entire life. I felt lost, scared, afraid of the unknown, and battling with depression caused by gender dysphoria. Finding a support group on campus was lifesaving. For the rest of the semester, the trans support group and some CQA events, were the only extracurricular activities I did at Columbia. However, it took me just one meeting to realize that the only safe-space I have on campus, which was one of the only safe-spaces I had all together, is not 100% safe for me. Israel came up just in passing, and the utter anger and dismay expressed by almost the entire group, taught me that if I want to fit in, I just should not dare to talk about Israel. I am opposed to the occupation, and openly pro-Palestinian, but I am even more pro-Israel, and would love to see Israel’s survival as a democratic and Jewish state (hence, democratic first). To (most) of my fellow group mates, this is straight up racism, so I just kept my mouth shut.

While it might sound easy, just don’t talk about one topic, the fact that the only safe space I had was not completely safe, caused me unnecessity stress, in an overly stressful life.

There has been quite a bit written about this issue. Student life college campuses was never thought to be drama free. Yet having felt it on my own skin I want to scream as loud as possible, WHY? Is it really that important to support a – beyond any doubts – controversial proposal to so many people, even more than helping the people that you are supposed to help? No, Israeli apartheid, or however you want to call it. is not clear-cut. As much as some might try to scream “Apartheid South Africa” One has to be blind to claim that it is the exact same story. Even more, BDS is clearly not the only way, and arguably not the best way, and even counter-productive to achieving the goal we all so want to achieve; Peace in the Middle East. So many BDS supporters, including my fellow schoolmates who launched the campaign, agree that it is just symbolic, maybe I am wrong, but one might say that it is not worth it.

I have nothing against the people who support BDS. Personally I believe that they are better and more effective ways to achieve peace, but most BDS supporters mean well. I am however upset, and complaining against CQA, the other student groups, and overall all these so-called ‘non-political’ liberal groups who ‘have to’ come out in support of it. I have a dream that one-day goal oriented support groups will just support their own causes, and not try to out-liberalize other groups by rejecting and marginalizing people who really need their help.

So my answer to the question: Hi BDS, Welcome to Columbia? Is a loud and clear NO. Not because of the multiple problems the movement carries, but because the terrible side-affects. It might look like I am overreacting, but from personal experience I know that it could be putting lives in danger, literally and metaphorically.

About the Author
Abby Stein is a Jewish educator & rabbi, author, speaker, and activist. She was born and raised in a Hasidic family of rabbinic descent, and is a direct descendant of the Baal Shem Tov, the founder of Hasidic Judaism. Abby attended Yeshiva, completing a rabbinical degree in 2011. In 2012, she left the Hasidic world to explore a self-determined life. In 2015 Abby came out as a woman of trans experience. Since coming out, she has been working to raise support and awareness for trans rights and those leaving Ultra-Orthodoxy. Her story has been covered in the New York Times, New York Post, Wall Street Journal, New York Magazine, Jewish Daily Forward, Daily Mail, NBC, Vogue, InStyle, and more, as well as live appearances on CNN, Fox News, HuffPost Live, ShowTime, NowThis, PopSugar and internationally. In 2016, Abby was named by The Jewish Week as one of the “36 Under 36” young Jews who are inspiring change in the world, and in 2019 she was named by The Forward as one of the “Forward 50” most influential American Jews. In 2018 she was awarded the Pride Award by the Brooklyn Borough President. She studied gender studies and political science at Columbia University in New York City. Her memoir Becoming Eve: My Journey from Ultra-Orthodox Rabbi to Transgender Woman was published by Seal Press in November 2019. She speaks regularly at universities, synagogues, and Jewish organizations across the globe, including the 92nd Street Y, Koffler Center for the Arts in Toronto, OUT@NBC Universal, and at the 2019 Women’s March in Washington, DC.
Related Topics
Related Posts
Comments
Advertisement