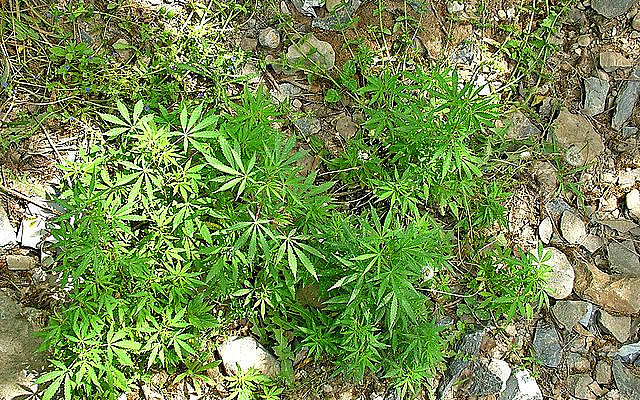 In her April 1 blog post in TOI, Bonnie Chernin argues the soundness of the brand spanking new legalization of recreational marijuana: up to a reasonable weight limit of buds, or amount of plants kept in one’s home. Chernin writes in her post that the push to legalize medicinal marijuana, based on medical prescription and a disabled-person’s special ‘cannabis consumer’ photo ID, was “…merely a gateway issue that…lead[s] to recreational pot.” She misunderstands the other side of the issue, and indeed there is another side, and indeed this “other side” has won the most recent battle in the war on drugs. She writes, “Recreational pot was the mission and medicinal pot was the means by which to arrive.” I cannot deny that. But does the author of this blog post not realize she is making an argument in favor of the plant and its flowering narcotic produce?

There are other points Chernin makes, where I can’t help but agree with what she has to say: Cuomo’s just doing this now, as a diversion. It’s a game. During the 2018 gubernatorial primaries, in debate with leftist challenger, Cynthia Nixon; Cuomo promised he’d flip the switch—make it legal. Three years, though? What took so long? I agree with Bonnie Chernin that it is a diversion from the dizzying amount of not-at-all frivolous sexual harassment accusations-cum-scandals, which are plaguing the Machiavellian Prince of Albany, New York. What’s more? It’s as, Chernin writes, also a diversion from the poorly handled situation concerning New York State’s population of seniors in retirement homes and assisted living situations.

But back to what I disagree with. Chernin brings in an anachronistic Johns Hopkins University study from…wait for it…2002, claiming that marijuana can lead to “LSD and other drugs.” Let it be known, I don’t have to look back to 2002 for scholarly evidence on why psychedelic drugs such as LSD and psilocybin fungi, are therapeutic. The top three unique results on Google for “LSD, psychiatry” are: “Therapeutic Use of LSD in Psychiatry: A Systematic Review of Randomized-Controlled Clinical Trials”; “LSD: can psychedelics treat mental illness?”; and “LSD-Assisted Psychotherapy”, and then, if I may add, the next result is an article in the Guardian about the history of psychedelics in psychiatry and therapy, as just some out of many examples. LSD’s organic cousin: psilocybin mushrooms, also known as ‘boomers’ are leading the race of psychedelic drugs to become legal. Here’s what I found on Dr. Wikipedia:

Back to my original point: cannabis and its psychoactive ingredient, THC, can be fun, relaxing, exciting at first. It can be valuable as physical medicine, as well as, and can now be proven, containing psychiatric benefits. The very same article Bonnie Chernin links to in WebMD, disclosing that, supposedly, there is ammonia and formaldehyde in marijuana smoke, also states “There’s no proof that smoking marijuana causes lung cancer like cigarettes do.”

Bonnie Chernin may not realize it, but marijuana is sanctioned by the Torah, and is the ingredient in an especially sacred rite. In parasha Ki Tisa (Exodus 30:23), we read “fragrant cane” (according to Chabad.org’s translation), as the translation for ,קנה-בשם, which is pronounced: [kan]-[eh]-[boss]-[em]. We recognize the first three syllables: “cannabis”. The legendary, and endlessly creative, Brookyn street kid-turned-baal teshuva, Rabbi Aryeh Kaplan, in his English-Hebrew translation of the Pentateuch, ‘The Living Torah‘, includes a sketching in the margin, here, of a small marijuana plant. So what do people like my comrade and colleague Bonnie wish? That we return to the anti-Semitic and anti-Catholic prohibition era (1920-1933)? In the Torah, we must anoint everything in the Holy of Holies with anointing oil compound, containing the hemp.

Some like a glass of red or white wine at five o’clock, others vodka, in the summers I might drink a beer, or say ‘l’chaim and lev racha’ to a small cup of whiskey in shul on Saturday afternoon. Certainly, this is socially acceptable among all generations. But where, in this day and age, do the other citizens get off telling us what we can and cannot do, safely and privately, in our downtime?! It’s enough to make one very angry.

Drug laws, specifically marijuana, were a way for police to discriminate. One Shabbat afternoon—I wasn’t doing too good, mentally (I suffer from bipolar I)—I wandered away from the yeshiva’s minyan and hit the streets to explore and get some fresh air (even sneak a cigarette or two). I had a long beard, a black hat, suit, but my shirt wasn’t solid white. It did feel ridiculous breaking the law, dressed like a liberal Lubavitcher; and it was a red flag for the beat cops patrolling this side of the neighborhood. I wandered into the Black neighborhood, where ethnics from the islands of the Caribbean are an ocean of faces, and Chasidic Jews (Lubavitchers), play their counterparts in populating Crown Heights, Brooklyn. I was walking on the sidewalk, when a police car pulled up beside me.

For no decent reason, the African American officer demanded to know what was in my pockets. I could never imagine not cooperating, even if this time—this time, the cops had reached a new level of ridiculous stupidity. Sure enough, I had something that he was able to twist it around, make something up, see what he wanted to see, and find incriminating evidence. What I had: a tiny one-hitter shaped like a cigarette. It was empty. It’s not like I had any drugs or marijuana on me. But sure enough, he slapped painless plastic cuffs on me and pushed down on my head, as I lowered myself to fit into the backseat of the squad car. I was put in the holding cell, and told I had missed the deadline for night court: I’d have to wait until the morning to see the judge. I was transported in chains to Central Booking in Manhattan, and booked and processed.

I slept on the cold floor all night—but nobody sleeps in the tombs, it’s not really sleep when your soul is suffering. Next morning I met with the public defender who said, “So, Scott Krane, cocaine paraphernalia?” My jaw fell to the floor. ‘Exactly what the hell was wrong with that cop? He was delusional!’ I thought to myself. I got my story straightened out and finally was called before the judge who dismissed the arrest, on a warning—like a traffic ticket—that I stay out of handcuffs for three months, (or something like that, I can’t remember what). I can only imagine what minorities like African Americans go through: hunted by the cops, unnecessarily harassed and arrested, imprisoned, embarrassed, marginalized; exploited and betrayed as Americans. Yes, I believe the cries of the African Americans.

Marijuana laws were so unfair in the suburbs in the ‘90s and early 2000s, that I actually am a convicted felon. What’s my crime, you ask? It was simply marijuana possession, only small amounts, (and the inability to pay off a couple of fines because of homelessness). Apparently, this has since been expunged—I think (it’s a bureaucracy difficult to navigate).

Bonnie, I suffered. Don’t throw me back in the fire. I am a responsible adult, today. I want to be left alone by the police and free in my own home and neighborhood.

The new laws go into effect in 18 months. If you ask me, that’s too little too late. It’s not a time to celebrate, and it’s not quite a reason: having our favorite spirit legalized; having what was morally wrong by the state, rectified. This city, this country, is too depressed to celebrate. But it’s a step in the right direction.