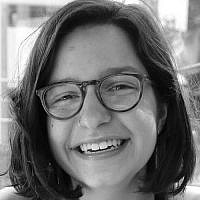 The Blogs
Leah Grynheim
Apply for a Blog
Advertisement
Please note that the posts on The Blogs are contributed by third parties. The opinions, facts and any media content in them are presented solely by the authors, and neither The Times of Israel nor its partners assume any responsibility for them. Please contact us in case of abuse. In case of abuse,
Report this post. 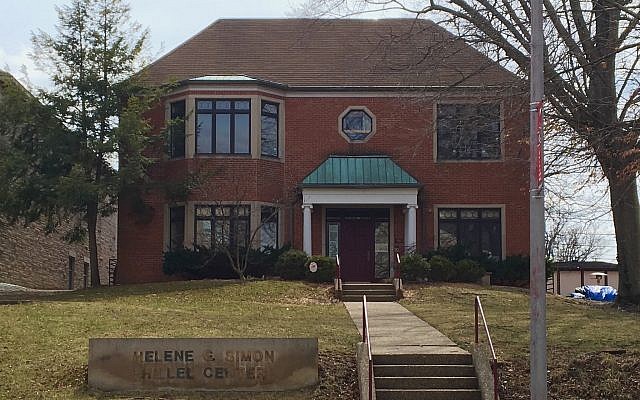 The Indiana University Hillel has failed to uphold their mission statement.

For the last four years, I have struggled to have my voice heard in my Jewish campus community.  And I am not alone.

The reason? Hillel refuses to accept progressive, pro-Israel Jewish narratives in their spaces.

At IU, the Hillel has the mission “to create a warm, welcoming, caring Jewish family and community that celebrates Judaism and Jewish life.” IU Hillel creates this community by supporting and honoring “the diversity of the Jewish student community at IU…”  Campus Hillels across the nation have similar statements.

Hillels across the nation are a part of Hillel International, a nonprofit that aims to “enrich the lives of Jewish students,” and accepts a political pluralism of Israel perspectives.

Individual Hillels have failed to meet their own communal standards. I first felt politically excluded from my Jewish community when I restarted J Street U at IU.

Until J Street U—the pro-Israel, pro-peace, national student movement that advocates for a two-state solution and an end to the Israeli occupation —the only pro-Israel narratives at IU came from organizations that exclude the Palestinian narrative. These organizations include the Zionist Organization of America, Hasbara, and CAMERA along with chapters of Students Supporting Israel and a local student branch of the American Israel Political Affairs Committee (AIPAC).

Since J Street U at IU was founded in 2013, we have been completely banned from IU Hillel. We cannot so much as hang a poster in the building. Hillel staff have told J Street U students that this is because IU Hillel is an “apolitical space.”

This is a lie. Often Jewish spaces that call themselves “apolitical” exclude progressive, pro-Israel narratives and cater to right-wing perspectives on Israel. This Jewish communal status quo remains, despite widespread Jewish support for a two-state solution.

Clark University Hillel has also silenced left-wing approaches to the Israel-Palestine conflict. Last semester, J Street U students across the country collected petition signatures of students who wanted Birthright trips to include a Palestinian speaker. The ClarkU Hillel Director refused to accept this petition.

This political exclusion also takes place across the country, at the University of California, Berkeley. Last semester, J Street U—which operates under the umbrella of Hillel—asked their Hillel to host a speaker from Breaking the Silence in their building. Hillel refused to accept this progressive, pro-Israel voice.

However, just a week before, a right-wing spokesperson and advocate for the Israeli settlement movement, Uri Philichowski, was welcomed to speak in the Berkeley Hillel space. This shows that Berkeley Hillel prioritizes right-wing narratives rather than their progressive, pro-Israel students.

At Northeastern Hillel, it became public knowledge that the Hillel was not upholding their mission statement when they fired the entire student board for signing an open-letter that stated Hillel spent too much energy talking about Israel. This letter called on the Hillel to introduce a nuanced and balanced dialogue on Israel, compared to the dominating right-wing narrative.

These campuses, like IU, have excluded and alienated progressive Jewish voices. The extent to which IU Hillel fails to uphold its mission became clear recently, when two of my Jewish peers—fellow J Street U leaders who are deeply involved with Hillel—wanted to present about Israeli settlements in the West Bank.

Throughout the event-planning process, we saw the price of holding the event at IU Hillel: censorship. Progressive, pro-Israel content must be censored by multiple parties to articulate a right-wing perspective. The Hillel staff removed every instance of the word “occupation,” sent the PowerPoint, without consent, to AIPAC-affiliated students, and added in rhetoric about Palestinian terrorism.

For us, this was enough.

When will Hillel, the institution that is supposed to enrich the lives of Jewish students across the country, enforce their stance on political pluralism? When will the Jewish communities on campus include a diversity of thought on what it means to be pro-Israel? When will the Hillels become the welcoming entity they’re supposed to be?

About the Author
Leah Grynheim is from Indianapolis, Indiana and is a soon-to-be graduating senior at Indiana University Bloomington, where she studies Nonprofit Management and Political and Civic Engagement.
Related Topics
Related Posts
Comments