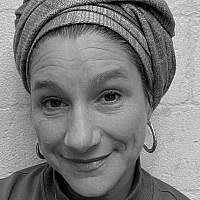 The Blogs
Lara Kwalbrun
Apply for a Blog
Please note that the posts on The Blogs are contributed by third parties. The opinions, facts and any media content in them are presented solely by the authors, and neither The Times of Israel nor its partners assume any responsibility for them. Please contact us in case of abuse. In case of abuse,
Report this post.

In David Horovitz’s recent article “Schwarzenegger’s Kristallnacht comparison is outrageous . . . isn’t it” (Jan 14, 2021), the author calls into question the assumed absurdity of the comparison between the attack on the Capitol that took place on January 6 and Kristallnacht, otherwise known as “The Night of Broken Glass” that erupted on November 9 and 10, 1938.  Horovitz argues that the attack in Washington was much more than just a “blow to American democracy.”

Against the view that this attack was perpetrated by a minority group of extremists who are “un-American” in their fascist version of patriotism, Horovitz offers the frightening possibility that should the silent majority remain silent, America risks tearing itself “apart from within.”  This dire prediction is based on a reading of history — current history as it is unfolding, that is informed and negotiated by a specific event of the past, Kristallnacht.  If, Horovitz, argues, America does not want to end up like Nazi Germany, then this event cannot become what Kristallnacht in retrospect signifies, “the prelude to the Holocaust.”

Anyone who witnessed or watched the recorded events of January 6 is understandably horrified by the mayhem, destruction, anarchy, disrespect and loss of life that ensued.  Understand that there is no justification for this behavior — but in what way can this event remind us of Kristallnacht other than the fact that extremists were able to vent their anger on sacred institutions? The Nazi perpetrators were not the “thugs” we are asked to compare with the mob at the Capitol.  The National Socialist Party with Hitler as its leader won the most votes in a  democratic election and Hitler became chancellor on January 30, 1933. He made good on his promises to reduce unemployment and hyperinflation.  He made good on his promise to return hope and strength to a Germany humiliated by World War One. He also dismantled democracy in the short-lived Weimar Republic not only through manipulation and fear-mongering but by actually murdering his opponents (Night of the Long Knives) or by sending them to concentration camps. The successive laws he enacted to erase Jewish citizenship, ostracize Jews as a subhuman race, steal their property, assets, and businesses, remove Jewish judges and lawyers and force the Jews to immigrate was met with very little resistance from the German population who were enjoying the benefits of Volk membership and the removal of Jewish competition in almost all fields. The comparison between an American “minority” and the vast majority of Germans who benefitted from taking over medical practices and professional posts, who stole lucrative businesses and factories, whose signs kept Jews out of local parks, schools, and town entrances and who would no longer associate with Jewish neighbors is faulty to its core.

Additionally, it was the members of the Nazi government themselves who staged Kristallnacht and this does not mean a nondescript call to ”fight,” however many times it may have been repeated.  Oh no.  Joseph Goebbels, the Minister of Propaganda, called for a staged attack on Jewry that was meant to appear as if to “erupt spontaneously” but actually, SA stormtroopers and Hitler Youth dressed in plain clothes were sent by the head of security police Reinhard Heydrich to attack synagogues, Jewish homes and Jewish businesses.  In addition, hundreds of civilians and ordinary people joined in the attacks, breaking into Jewish homes (even neighbors) and looted, stole, destroyed, and brutalized.  Hundreds of Jews were killed, others were raped, approximately 7,000 businesses were destroyed and 1,400 synagogues and Jewish institutions across Germany and Austria were burned while the fire department looked on, only acting to stop fires from jumping to non-Jewish owned properties.  As the pogrom spread, units of the SS and Gestapo (Secret State Police), following Heydrich’s instructions, arrested up to 30,000 Jewish men, and transferred them to Dachau, Buchenwald, Sachsenhausen, and other concentration camps.

Horovitz also argues that 2021 represents an infinitely more dangerous opportunity for the propagation of lies than 1938 due to the influence of broad-reaching social media, a modern propaganda tool.  But Goebbels, a little less than a century ago, mobilized the minds of the masses in an unprecedented psychological coup through book burnings and massive party meetings in stadiums filled with torchlight and music.  Children were inducted into a form of Scouts called the Hitler Youth.  Cheap radios were produced so that Hitler could be heard in people’s living rooms and Julius Streicher published newspaper articles in the widely circulated  Der Sturmer filled with nightmarish stories of Jews who kidnap children and molest beautiful German girls; this was the only narrative the public heard.  Racial hygiene was a regular school subject and children’s textbooks and games focused on the racial superiority of the Aryan versus the pernicious and satanic danger of the Jew.  Was this propaganda any less powerful?  Not to mention the films using brand new cinematic techniques directed by the brilliant producer Leni Riefenstahl and enthralling audiences with the larger than life images of the Fuhrer. Is there any way that this can be compared to the events in Washington of January 6?  Because this is not just a government “looking indulgently on as thuggery runs riot” as Horovitz would have us believe.  Kristallnacht is about a government organizing every one of its branches and most of its loyal citizens to brutalize and dispossess a minority population who it hoped to force to emigrate but in the end, decided to murder.

Well, you may ask, shouldn’t the events of November 9-10, 1938 serve as a warning for what could happen?  Perhaps the point of studying history is to be able to recognize what German Jewish cultural critic Walter Benjamin described as the “moment of danger” that flashes up when thinking of Nazi fascism.  Doesn’t it serve a valuable lesson when we see contemporary events that remind us of this “moment of danger,” thereby linking the potential outcome to the past?  We are good readers of history and we will act on what we have learned to see as the warning signs.  Thus the famous quote, “Those who do not learn from the past are destined to repeat it.” However, we must be informed readers; we must be readers who know the details and value historical accuracy.  The clarion call of the Holocaust formulated by those who survived its horrors was,  “Remember.  Do not Forget.”  In this command we are offered two instructions: do not forget the general horror – the brutality, the anarchy, the destruction but also remember what happened, how it happened, to whom and by whom.  This comparison of recent events to the Holocaust, and specifically Kristallnacht, understandably invokes that panic, that flash of danger.  And we must not forget the general fear of disintegration into lawlessness and inhumanity.  We must work to protect democracy and human rights and prevent all forms of genocide that are being perpetrated even as I write these words.  But we must remember that the events of January 6 in Washington bear no parallel of substance to the fateful night and events of November 9-10, 1938.  There is “danger” in forgetting to remember the details of the past and in distorting the truth which is thus reduced and rewritten through false comparisons.

About the Author
Lara Kwalbrun holds a PhD in English literature and currently teaches at Achva Teachers College. Her academic interests include Jews in Literature, the history of antisemitism and Holocaust studies. She lives in Neve Daniel with her family.
Related Topics
Related Posts
Comments