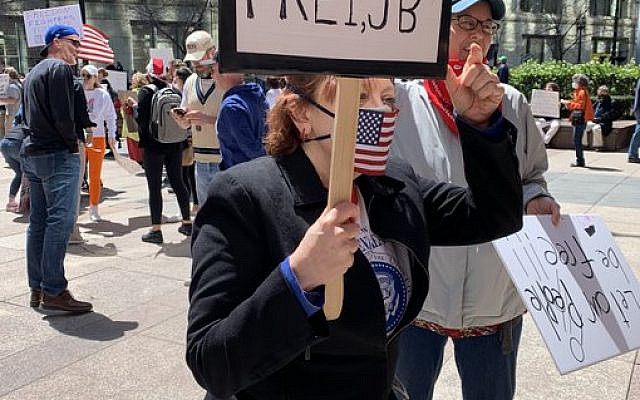 Before I wrote this article, I was planning to write about the impact of COVID-19 on Israeli society but due to the global resurgence of anti-Semitism tied to the outbreak, this is what I feel needs to be addressed.

Towards the end of December 2019, the World Health Organization in China was informed of multiple cases of an unknown virus accompanied by pneumonia in Wuhan. Researchers believe that this virus stemmed from either Chinese laboratories, the wet market or consumption of exotic animals. On January 1, 2020, Chinese officials shut down the market, but it was too late. In March, China experienced the de-escalation of the virus but this was just the beginning of the pandemic for the rest of the world. The virus had quickly spread around the world.

COVID-19 pandemic has brought fear and uncertainty to the whole world. This deadly virus has affected millions of lives leaving the world wondering what will happen next. As of May 7, 2020, there are 3,836,177 cases and 265,356 deaths worldwide. The coronavirus does not see race or religion, we are all being affected. To prevent the spread of the virus, quarantine and travel restrictions have been put into action by most countries. This has led to an international economic downfall.

The COVID-19 pandemic has created a platform for the continuation of the ancient form of antisemitism that blames the Jewish people and the State of Israel when events go wrong. It is important for us to understand the potential of this hate filled propaganda. According to the Anti-Defamation League, “[t]he primacy of antisemitism tends to be contextual and periodic. Antisemitism typically surges in times of political or economic uncertainty as well as rapid social change.”  Conspiracy theorists are spreading hateful rhetoric all over the media claiming that Jews are profiting from COVID-19 in pursuit of a societal downfall and world domination. This type of hateful propaganda known as scapegoating has been used before, it is not new.

In October 1347, the Bubonic Plague or the Black Plague arrived in Europe when 12 ships from the Black Sea docked at the Sicilian port of Messina. Most sailors aboard the ship were dead and those still alive were gravely ill. Sicilian authorities ordered the fleet of ships out of the harbor but it was too late. The Bubonic plague spread all over Europe killing 20 million people or 40% of the population within 5 years. Many Christians believed that Jews had poisoned the wells and were the true source to the plague. Riots and persecution against the Jews spread all over  Europe including the 1349 massacres of Basel, Efurt, Argon and Flanders.

Last week, during a protest against quarantine measures in Chicago, a woman held a sign in German reading “Arbeit Macht Frei J.B.,” which translates to “Work will set you free.” These are the words over the entrance of Auschwitz and other Nazi concentration camps, a false cynical illusion that the S.S. gave to the prisoners. It is one of the icons of human hatred. Her anti-Semitic sign appears to be directed at Illinois Governor J.B. Pritzker, who is Jewish.

Another case of anti-Semitic propaganda in the media is specifically being used against Israel. The incident occurred occurred on Yom Haatzmaut (Israel Independence Day).  “COVID48” (instead of the official name given by the World Health Organization – COVID-19) became a trending hashtag on Twitter, invoking the establishment of the State of Israel in 1948, and portraying the Jewish state and Zionism as a virus. This hashtag is being used by many anti-Israel accounts that spread false information about the Israeli army and government. Some of the tweets included pictures of the virus with an Israeli flag on it, captioning Zionism as the virus and claiming that Israel used the virus as a bioweapon for assassination.

This week, the Israel Institute for Biological Research (IIBR), a secretive unit that works under the prime minister’s office in Ness Ziona, completed a groundbreaking scientific development by identifying antibodies that neutralize the coronavirus.  If the vaccine is developed by Israel, be prepared to witness another surge of antisemitism! We must encourage our Israeli Ministries to denounce this antisemitic behavior and block this content from social media. It is also important to strengthen relationships with Jewish communities throughout the Diaspora as well as the many Jewish organizations to prevent the spread of hatred and physical violence.

As Eli Wiesel once said “Neutrality helps the oppressor, never the victim. Silence encourages the tormentor, never the tormented.” We can not allow this phenomenon to become legitimized through repetition. Do not be silent, speak up, share the truth and make a difference!