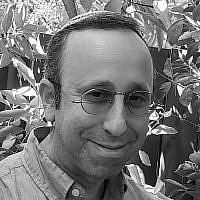 The Blogs
Michael Schachter
Apply for a Blog
Advertisement
Please note that the posts on The Blogs are contributed by third parties. The opinions, facts and any media content in them are presented solely by the authors, and neither The Times of Israel nor its partners assume any responsibility for them. Please contact us in case of abuse. In case of abuse,
Report this post. 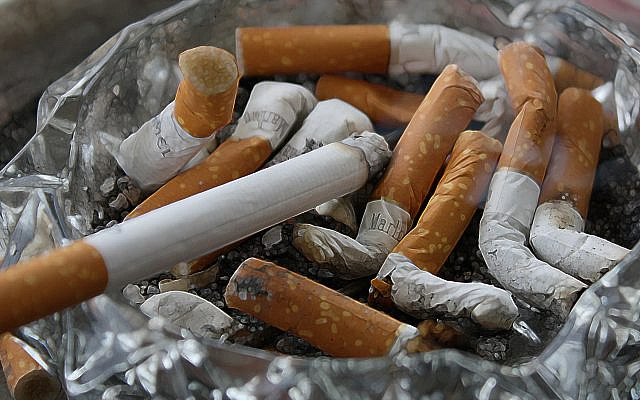 Image by Geralt from Pixabay

All too often we hear about teens who are going or have gone OTD = Off the Derech. Sometimes it isn’t something we hear about, but rather, a relatively common phenomenon we witness in our own communities and in our own homes. There has been much discussion about what causes so many teens to go OTD and how best to address the issue.

But the picture of the future of the Jewish people is not as bleak as some would have us believe. While some teens go OTD, others hold on tightly to the traditions of their parents and Rebbeim. One cannot overstate the importance of passing down the Torah’s teachings and traditions from one generation to the next. As we are taught In Pirkei Avot (1:1): Moses received the Torah on Sinai and delivered it to Joshua, who in turn delivered it to the elders, the elders to the prophets, and the prophets to the Men of the Great Assembly. The chain then continued with the scribes (soferim), the pairs (zugot), the tanaim, the amoraim, the savoraim, the geonim, all the way down to modern day Roshei Yeshiva.

While some of today’s youth have become “enlightened” in recent years to the dangers and harmful effects of smoking, others have continued in the long-standing tradition of their Rebbeim and Roshei Yeshiva and light up quite regularly. In fact, some of them are so dedicated to the tradition that they will even go through the additional hardship of rolling their own cigarettes (called “rollies”). That is true dedication and mesirut nefesh!

Without a doubt, one of the greatest challenges that these dedicated “keepers of the tradition” face each and every week is the undisputed fact that smoking is prohibited on Shabbat. For approximately 25 hours straight, even the most dedicated smokers put aside their cigarettes and lighters for the duration of the Holy Shabbat. While it is impossible to make up for the missed smoking time over Shabbat, there are certain practices that have become quite popular, which may, in fact, be an attempt to “make up for the lost time”.

Preparing one’s self for davening is a concept that is well rooted in halacha. For some, this process entails washing one’s hands. For others, it means taking a few moments for introspection before beginning to pray. But for the people who really take this concept of preparing for Tefilla seriously, those precious moments before entering the synagogue are the perfect time to smoke a quick cigarette. As pointed out in Choosing The Shul That’s Right For You, “…what better time is there to inhale a thick, healthy, nicotine-filled smoke cloud than right before going to pray for your health”?

Another well-known concept that has been emphasized in numerous sources is the importance of not letting any time go to waste. For many people, since the beginning of the “Smartphone Era”, this has come to mean: be on your phone and stare at your screen every possible minute of every day. Depending on what these people are doing on their phones (video games, social media, Divrei Torah, etc.) they are either making the most of every minute or wasting tremendous amounts of time. Today it is rare to go past a bus stop and see someone who is not using a phone. But there are other things that one can do while waiting for a bus. Knowing that smoking is prohibited on buses, lighting up while waiting for that bus to arrive is an excellent use of time. This is another opportunity to make up for lost smoking time on Shabbat. (Please note: Some readers may be quick to point out that smoking is actually illegal at bus stops. However, these readers should be aware that smoking is also prohibited at the entrance to all shuls and many other places where smoking is extremely common.)

For the dedicated smokers who do not rely on buses and other forms of public transportation, but rather get around driving their own cars, making up for the lost smoking time on Shabbat may be even easier. It is widely known that while smoking is prohibited on buses and trains, it is certainly permissible in private vehicles. As discussed in Driving & Parking in Israel — The Essential Rules of the Road, “Once you do get comfortable driving in Israel, you should strive for the ultimate driving position. That is, with your left hand available to hold a cigarette and your right hand available to hold your cell phone”.

These are just some of the ingenious ways people have come up with to make up for all of those smokeless hours over the course of each Shabbat!

When it comes to preparing for the holiday of Pesach, there are two things that immediately come to mind: cooking and cleaning. Of course, in order to do all of that Pesach cooking, one first needs to go through the long and often difficult process of purchasing all of the necessary food items (and sometimes various kitchen utensils) needed for all of the Pesach food preparation.

But for some truly pious Jews, preparing for Pesach goes beyond the standard cooking and cleaning. For these holy souls, it isn’t enough to just purchase food items that are labeled Kosher for Passover. It isn’t enough for them to purchase disposable plastic and paper goods and rolls of aluminum foil that are labeled Kosher for Passover. For these devout individuals, preparing for Pesach means stocking up on enough “Kosher for Passover” cigarettes to last through the entire seven (or eight) days of Pesach. While there are now several brands to choose from, their commitment to adhering to the highest standards possible is surely something to be respected and commended! And the companies that produce these specially labeled packages should be recognized as well. It isn’t easy to find room for that additional Kosher for Passover label when so much space is taken up by those warnings about cigarettes causing death. So Kol Hakavod to the manufacturers and package designers too!

Today, there are many who have taken upon themselves the awesome responsibility of keeping the traditions of their parents and Rebbeim alive. But what will tomorrow bring? There is genuine concern about the next generation. Will they be as committed to cigarettes and tradition?

While the future is, of course, unknown, there is reason to believe that the next generation will, in fact, carry on with the mesora. And it is the smokers of today who deserve all of the credit.

Whether it is intentional or not is hard to say. But either way, the result is the same. When parents choose to smoke in close (and even not so close) proximity to their children, they constantly expose them to secondhand smoke. Let’s face it – a cigarette costs the same amount whether it is enjoyed alone or in the presence of others, including children of all ages. So why not take advantage of these opportunities to expose the next generation to a life of nicotine addiction? And, while secondhand smoke has been proven to cause numerous health problems in infants and children, including severe asthma attacks, respiratory and ear infections, and sudden infant death syndrome (SIDS,) just to name a few, we must remember that our traditions are at risk of being lost forever! It’s a simple matter of priorities. (Helpful Tip: Heading out for a walk with a baby in a stroller? Use the storage compartments in the stroller to hold an extra pack of cigarettes. Don’t get caught out at the park with your baby and no cigarette exposure to share with the little ones!)

Although the regular exposure of our youth to secondhand smoke should be enough to convince everyone that the smoking tradition will surely continue with the next generation, not everyone is willing to take that risk. One day each year, on the holiday of Purim, in communities all over Israel, children are given the opportunity to experiment with cigarettes. While some maintain that one day of the year is simply not enough to dedicate to this important educational practice, it is unlikely that it will be extended to other days as well. (Note: In some communities, the holiday of Shemini Atzeret / Simchat Torah also sees significant numbers of children experimenting with cigarettes. However, this practice is far less common than the educational endeavors which take place on Purim.)

Despite the long standing tradition of smoking in the religious, and especially in the chareidi community, some rabbis have made statements that suggest that there may actually be some serious issues with the tradition. For example:

(These sources, as well as others, are brought by Rabbi Yehoshua Alt in the January 15, 2021 issue of “Fascinating Insights”.)

While one should never be quick to dismiss the words of such Talmidei Chachamim, one must also consider the larger picture. We live in a modern world that is constantly putting our values and long standing traditions to the test. This is surely a time to hold tightly to the practices that have been part of Jewish life for generations – even when they pose some risk. Consider the following examples:

Smoking is just one of our many traditions that carries with it some risk. The fact is, one cannot purchase a pack of cigarettes and not notice the warnings printed on the box, including the ones that explicitly state that smoking can cause death. It is also true that even secondhand smoke can lead to coronary heart disease, strokes, and lung cancer, among other ailments. But just as we find with a variety of other traditions, there are those who are truly committed to our heritage, and therefore, willing to take the risks involved for the sake of holding onto our precious traditions.

We also cannot overlook the tremendous symbolism that is linked to cigarettes and more specifically, to the smoke which emanates from them. When walking through a cloud of cigarette smoke, how can one not feel as though they are standing at the foot of Har Sinai, anticipating the receiving of the Torah? As the Torah itself describes the awesome scene, “V’Har Sinai Ashan Kulo” (And Mount Sinai was engulfed in smoke). How incredible is it to be able to recreate that experience? Or perhaps it is the smoke from the burning of the ketoret or from the sacrifices that comes to mind. Could smoking be the closest we ever come to feeling like we are taking part in that unique, holy experience?

We have so many meaningful and long standing traditions, with smoking being just one of them. Thankfully, there are people who are deeply committed to keeping these traditions alive and also ensuring that the next generation and beyond will keep them going. It’s time to stop criticizing these dedicated “keepers of the tradition”, and instead, focus our energies on the things that are really bringing destruction upon our world – especially women’s exposed knees and elbows. Some things really do need to change.

About the Author
Michael Schachter spent several years working in both formal and informal Jewish education in the US before making aliyah in 2010 with his wife and children. For the past few years he and his family have been running the Safed Puzzle Room, an educational escape room experience, in Tzfat. They have also created a series of online Israel and Jewish themed escape room games, available at Bagels & Locks Studios. He and his family make their home in Katzrin, where they also run one of the local shuls, Kehillat Or Hatzafon.
Related Topics
Related Posts
Michael Schachter